Wildfires are raging across northeastern Spain as Europe comes to terms with a scorching heatwave...

Wildfires are raging across northeastern Spain as Europe comes to terms with a scorching heatwave.

The record heat has seen a huge fire spanning 5,500 hectares breaking out on hilly terrain near the Ebro River about 75 miles (121km) west of Barcelona.

The Spanish military has sent a unit of 120 specialists to help local firefighters battle the flames, which have sent thick plumes of smoke high into the air above the Catalonia region.

Miquel Buch, the local interior minister, said 20,000 hectares were under threat in what was the worst fire in the area in two decades.

A deposit of improperly stored chicken manure at a farm in Torre de l'Espanyol is believed to have combusted due to the high temperatures and started the fire. 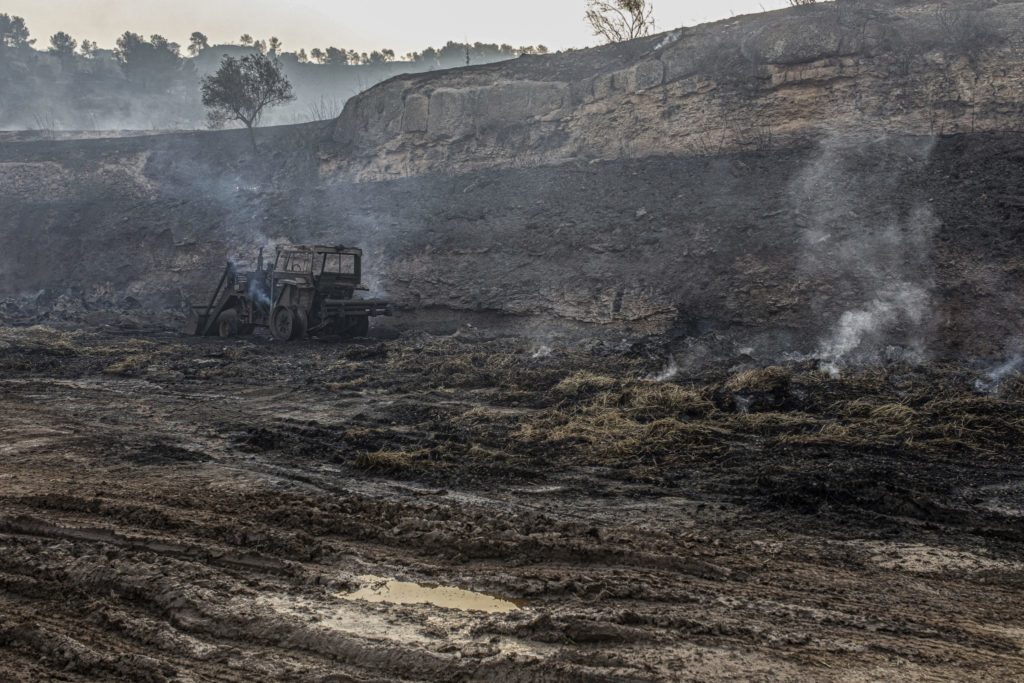 The 41.8C recorded in Gard southern France this afternoon was a new all-time high for the month of June – 0.7C higher than the previous record set in 2003.

VigiMeteoFrance later tweeted that 42.3C had been recorded in Grospierres - leading to fears the all-time high could be beaten tomorrow.

Health minister Agnes Buzyn said the heatwave was "unprecedented" and "exceptional in its intensity." 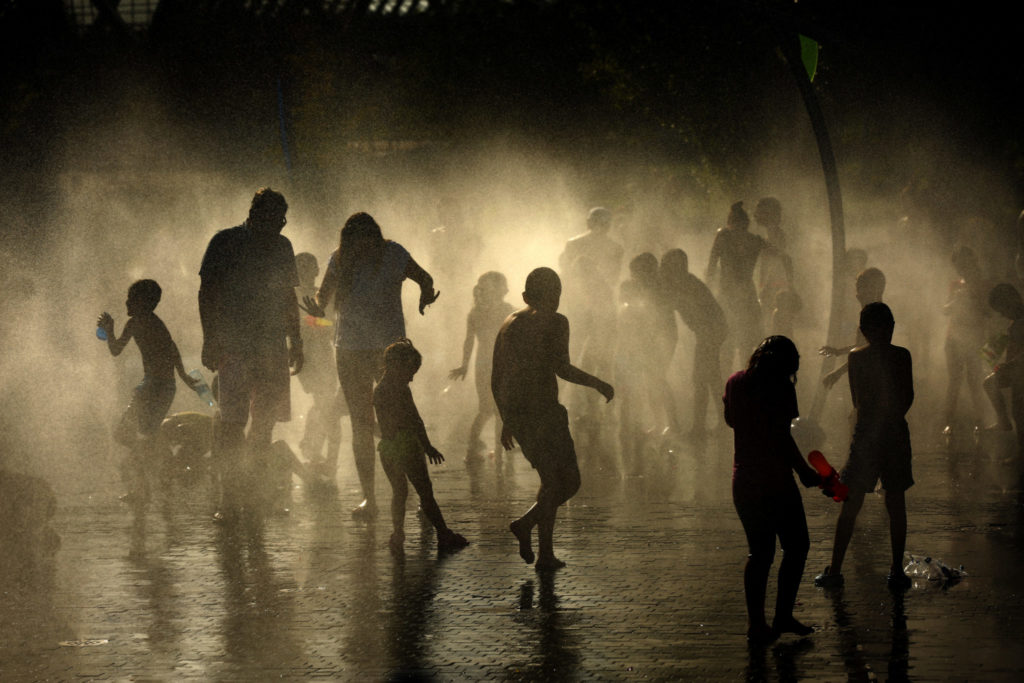 Precautionary measures are in place in a bid to avoid a repeat of the 15,000 deaths that occurred in 2003.

Journalist John Lichfield, who is based in Paris, said authorities are not taking any chances.

“Schools have been closed, there are sort of refreshing areas set up in street and in hotels,” he said.

“Parks and swimming pools have been left open late and train are going slow with people in the back, in what would be the drivers compartment if they were going the other way, to make sure that the rail is not bucking behind them.” 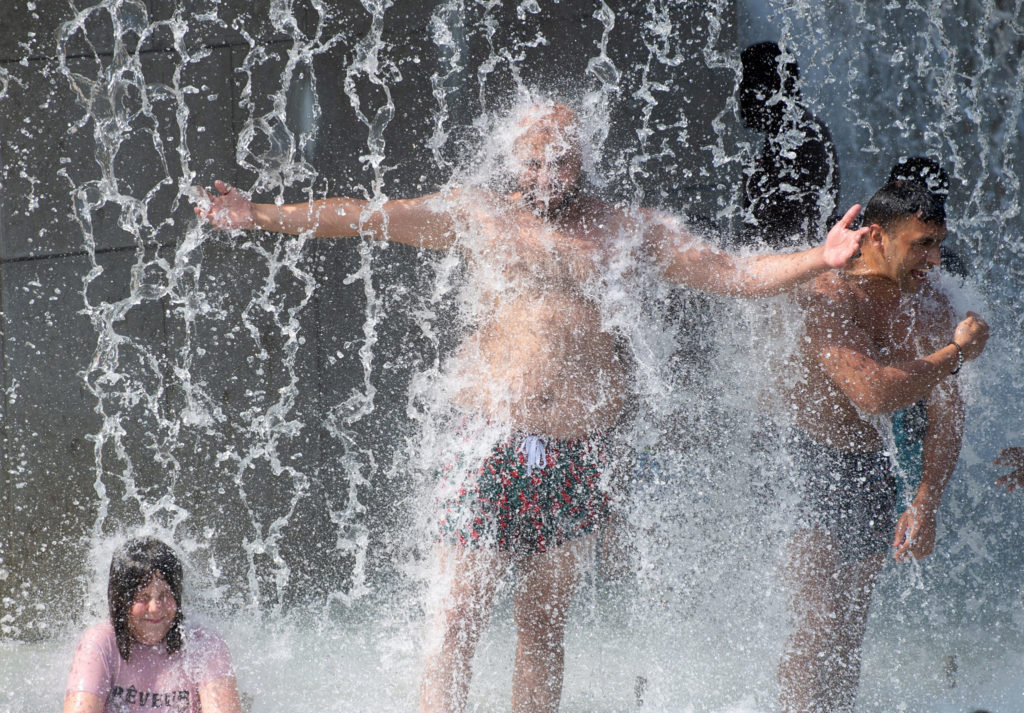 People cool off at the fountain near Trocadero Square in Paris 26-06-2019. Image: Xinhua/Jack Chan

Germany has also set a new record with the weather agency Deutscher Wetterdienst announcing a high of 38.6C in Coschen near the Polish border.

The new record is a tenth of a degree Celsius higher than the previous national record for June in 1947 in southwestern Germany.

Radzyn in Poland also recorded a new national high of 38.2C, while Doksany in the Czech Republic experienced 38.9C.

And officials warned it will get hotter as the heatwave is expected to peak later this week, with parts of northeastern Spain expected to reach 45C (113F) on Friday. 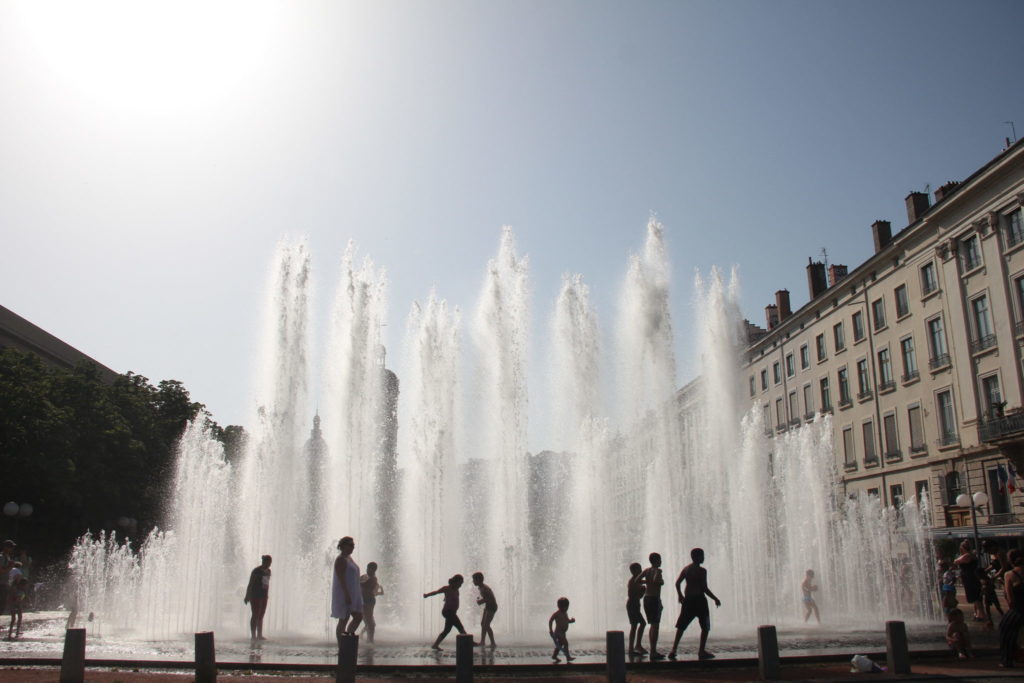 Wildfires are raging across Catalonia in Spain as temperatures crept up to 44C on Thursday, with firefighters struggling to douse blazes across 10,000 acres (4,000 hectares) in the northeastern region.

The affected area could increase as much as fivefold because of the intense heat and winds.

elicopters dumped water on the fires, which spread 80km (50 miles) inland from the coastal town of Tarragona.

Around 30 people were evacuated from farmhouses in the area and there were no reports of casualties.

A swimmer at the Forty Foot in Dublin, 27-06-2019. Image: Eamonn Farrell/RollingNews

Highest temperatures of between 21C and 326C are expected