Harry Styles will play Slane Castle in Co Meath next year as part of Love on Tour. On June 23rd 2...

Harry Styles will play Slane Castle in Co Meath next year as part of Love on Tour.

On June 23rd 2023, he will be joined by Inhaler and Wet Leg for an extra show in the open air venue.

Tickets will go on sale next Friday, September 2nd 2022 at 10am from Ticketmaster.

This past June, Styles played his latest album to a sold-out Aviva Stadium in Dublin.

'As It Was', the first single off  of 'Harry's House' - as well as 'Keep Driving' and 'Late Night Talking' - have consistently topped the Irish charts this summer. 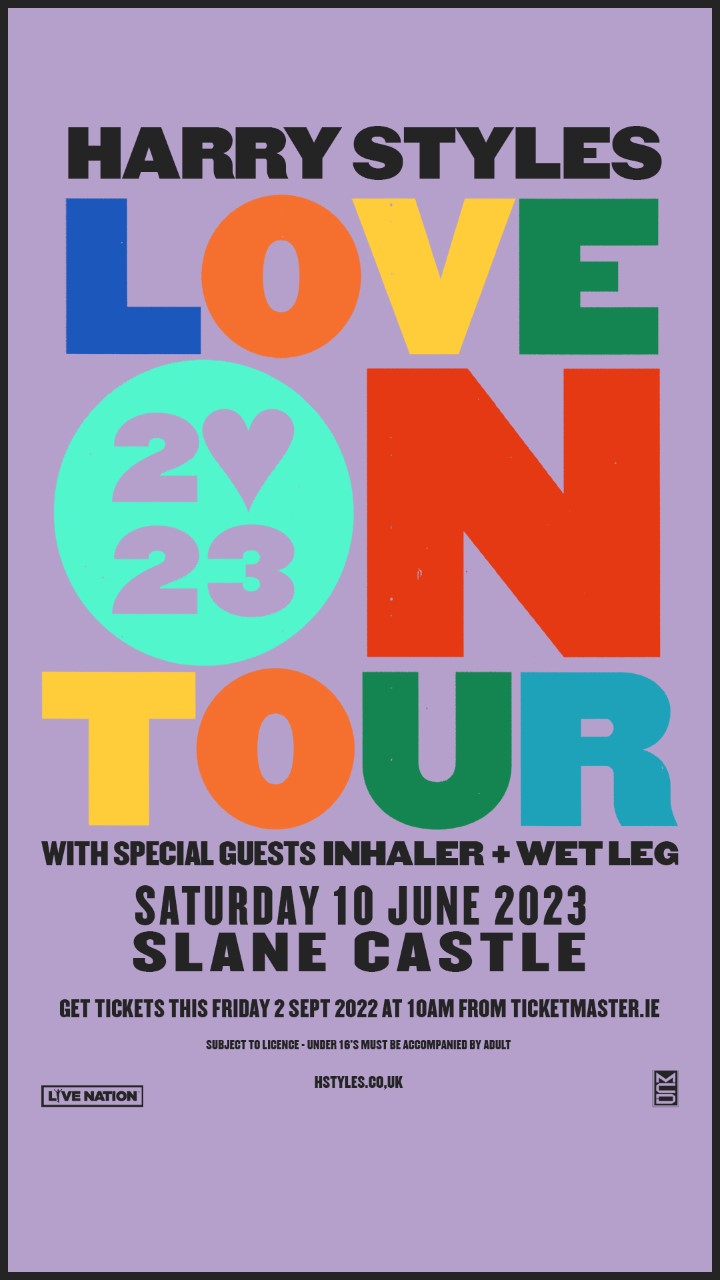 Inhaler released their debut album last year and have been touring ever since - playing their own headline show in Dublin earlier this summer.

Lima show now to be performed at Estadio Nacional.

Originally from the Isle of Wight, Wet Leg have struck a chord with quirky hits such as 'Wet Dream' and 'Chaise Longue'.

But a pair of tickets are up for grabs on The Hard Shoulder: listen in for a chance to win!

Get tickets on Friday 2nd September at 10:00am