A summit between North Korean leader Kim Jong Un and US President Donald Trump has been cut sho...

A summit between North Korean leader Kim Jong Un and US President Donald Trump has been cut short in Vietnam.

President Trump said in a news conference they couldn't come to an agreement on denuclearisation plans.

The US wants North Korea to commit to complete denuclearisation, including the shutting down of the Yongbyon nuclear facility where it enriches uranium.

However, in return North Korea wants crippling international sanctions against it to be lifted.

There was some dispute between the two sides, however, about the exact nature of the disagreement that saw talks break down.

Speaking after the summit, Donald Trump told reporters: "It was all about the sanctions.

"Basically, they wanted the sanctions lifted in their entirety, and we couldn't do that.

"We spent all day with Kim Jong Un, he's quite a guy, quite a character, but we decided not to sign anything.

"It was very productive, but sometimes you have to walk and this was just one of those times."

He added: "We felt good about the progress but we couldn't quite get over the line. I hope we will do so in the weeks ahead."

North Korea's foreign minister this evening disputed the claim that they wanted all sanctions lifted. 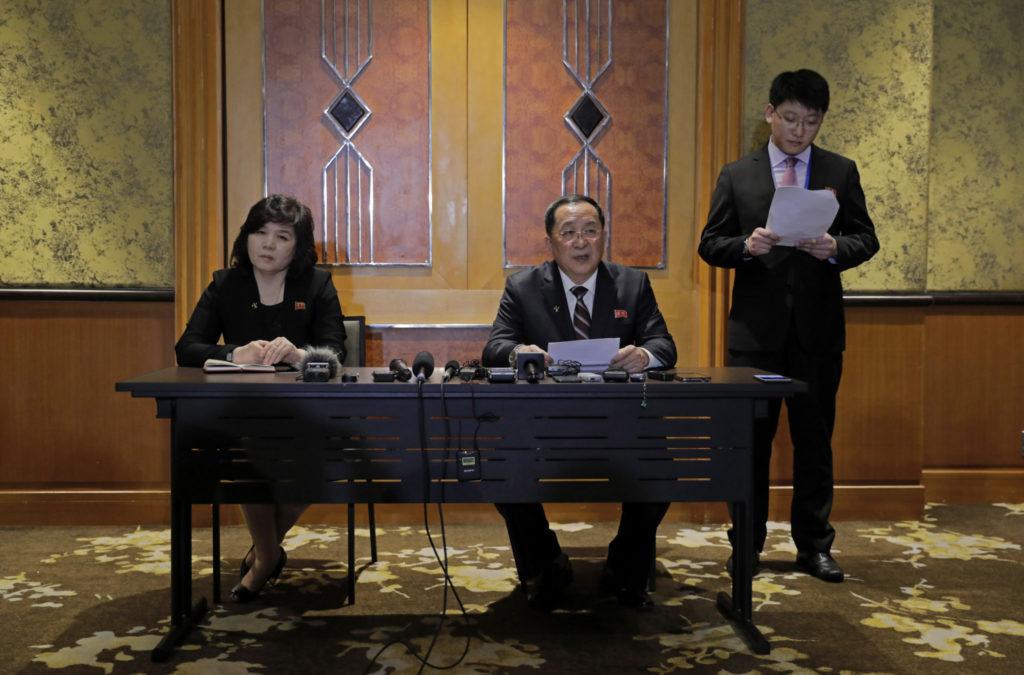 Speaking during a news conference, Ri Yong Ho said Pyongyang had instead sought partial sanction relief in return for dismantling its nuclear facilities.

He claimed his country's stance wouldn't change in any future negotiations.

Meanwhile, in comments quoted by Bloomberg, North Korean vice foreign minister Choe Son Hui suggested: “[The] US not accepting our proposal is missing an opportunity that comes once in a thousand years.”

Earlier a White House statement, quoted by Reuters, said no agreement was reached at this time between Trump and Kim - but that their respective teams look forward to meeting in the future.

Images showed the two leaders leaving the luxury Metropole Hotel in the Vietnamese capital, to return to their perspective hotels.

Earlier, North Korean leader Kim Jong Un insisted he was prepared to denuclearise, after answering a question from a foreign journalist for what could be the very first time.

Mr Kim and US President Donald Trump kicked off the second day of their summit in Vietnam with an unprecedented joint questions-and-answer session with reporters.

Asked by a US reporter whether he was willing to denuclearise, Mr Kim: "If I'm not willing to do that, I wouldn't be here."

In reply, Mr Trump said: "Good answer, that may be the best answer you've ever heard." 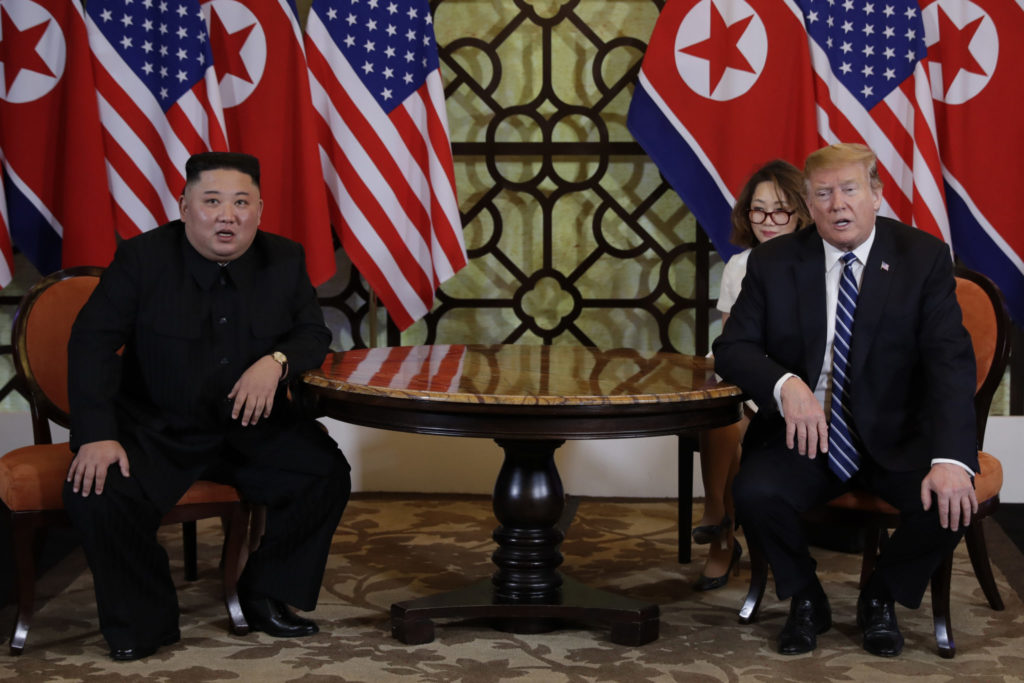 Asked if he was confident of a productive end to his time with Mr Trump in Hanoi, Mr Kim added: "It's too early to say. I won't make predictions. But I instinctively feel that a good outcome will be produced."

He was also asked about human rights, but Mr Trump intervened to say: "We're discussing everything."

And in scenes that would have been unthinkable a year ago, the US president also remarked that it would be "a good idea" to open a liaison office in North Korea in a bid to further improve relations between the countries.

Mr Kim and Mr Trump took questions at the Metropole Hotel, where they had earlier held a behind closed doors meeting alongside US Secretary of State Mike Pompeo and North Korean official Kim Yong Chol.

On their first day together in the Vietnamese capital, Mr Trump told his North Korean counterpart that he wanted to help his country fulfil its "tremendous economic potential".

They ended their first day with a "social dinner".

Both have already spoken of a blossoming relationship they have enjoyed since their historic meeting in Singapore last summer, with the pair having exchanged several letters.

Despite that, and similarly thriving relations between Mr Kim and South Korean President Moon Jae In, little progress has been made towards the process of denuclearisation.

Earlier this month, a UN report warned that North Korea was in fact working to protect its nuclear weapons.