Group warns there must be "realistic expectations" of cervical screening

A group has said that there must be realistic expectations of cervical screening. The Institute o...

Group warns there must be "realistic expectations" of cervical screening

A group has said that there must be realistic expectations of cervical screening.

The Institute of Obstetricians and Gynaecologists was responding to a High Court judgement last week in the Ruth Morrissey case.

She was awarded €2.1m after her smear test results were misread and she is now terminally ill.

The High Court heard that two of Ms Morrissey's smear tests were read incorrectly - in 2009 and 2012.

The Irish Times reports that there is a serious concern that the ruling could double the €30m running cost of the Cervical Check programme, based on the litigation costs arising from additional cases.

Lead clinical director of BreastCheck, Anne O'Doherty, has said there are no medical tests that can trusted with absolute confidence.

"And that's very sad, because we won't reduce the mortality - the number of women dying - as a result of screening programmes.

"But if we can't accept as a population that our screening tests have a failure rate, then it's not acceptable for us to screen".

Commenting on the judgement, the Institute of Obstetricians and Gynaecologists said: "The members have concerns for the implications to a life-saving screening program.

"Cervical screening exists to reduce the burden of disease through repeated smears with secondary referral of selected women.

"There are worldwide accepted limitations to the smear test.

"There must be realistic expectations of cervical screening if clinicians are to continue to deliver a service which has shown continued reduction in cancer cases since inception."

Professor Mary Horgan, President of the Royal College of Physicians of Ireland, has called for full support for the screening services.

She said: "Screening Services in Ireland, including the CervicalCheck programme, have saved lives.

"Since the inception of the CervicalCheck programme, the incidence of cervical cancer has fallen on a yearly basis with over 50,000 high grade precancerous lesions detected and treated.

"Recent events have highlighted the limitations of screening and as healthcare professionals we are committed to supporting these essential services". 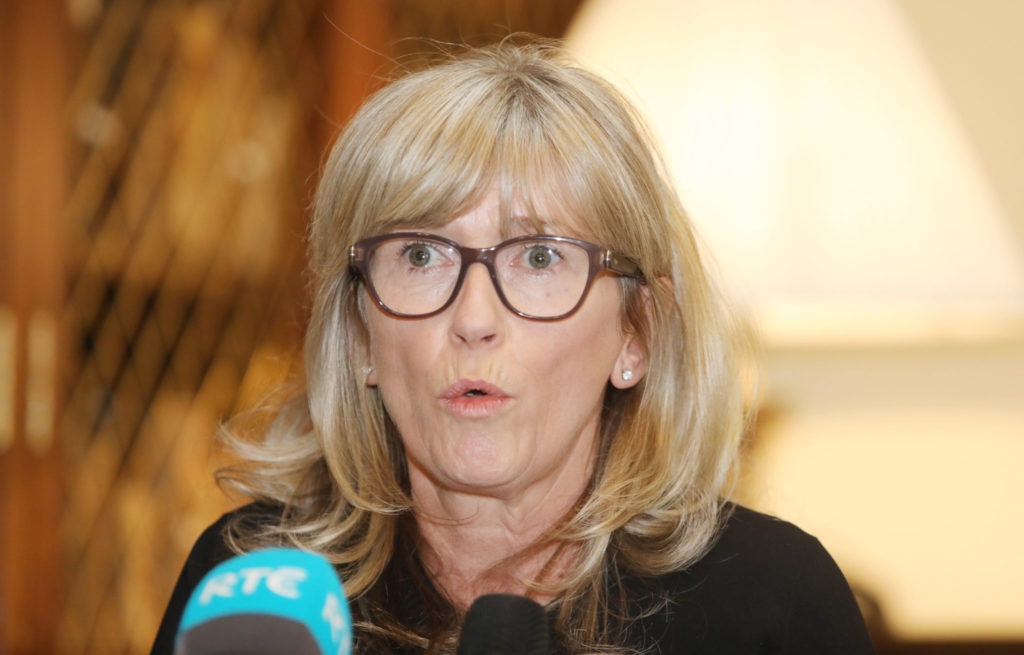 Professor Mary Horgan, president of the Royal College of Physicians of Ireland, at a press conference in Dublin | Image: Leah Farrell/RollingNews.ie

Prof Horgan added: "The recent High Court judgement that references the cervical screening service requires careful consideration in terms of its impact on this service, other screening services and its broader implications for medical practise.

"As medical professionals, our goal is to ensure the highest attainable standards of care for our patients and for our screening population - patients are entitled to this.

"However, to account medical practise and particularly screening services to a standard of 'absolute confidence' is a significant concern.

"A degrees of uncertainty is inherent in all medical testing and medical professionals balance all elements of this uncertainty on a daily basis for the benefit of the patient."

She said medical professionals are "extremely concerned" that if all false negative screening tests are deemed as a breach of care within this legal system, "this will seriously undermine and potentially negatively impact the viability of all screening programmes."

Main image: Limerick woman Ruth Morrissey addressing the media outside the High Court in Dublin, after it ruled in her favour in her case against the HSE and two US laboratories | Image: Leah Farrell/RollingNews.ie