Some GPs may not receive their full orders of COVID-19 vaccines in the coming weeks due to a new ...

Some GPs may not receive their full orders of COVID-19 vaccines in the coming weeks due to a new shortage in supply, the HSE has said.

The health service said the number of doses available is slightly less than previously advised because of an issue with the delivery of Moderna jabs.

The HSE stated the available supply is about 15% less than the required amount to vaccinate the entire group of people over 80 in Ireland.

However, it added that the shortfall will be made up in a few weeks' time, and there will be a big ramp-up in vaccine delivery in April.

The executive told GPs the plan to fully vaccinate all over-70s by the middle of May remains on track.

It comes as Ireland reached the milestone of administering 500,000 doses of COVID-19 vaccines yesterday.

Meanwhile, the CEO of the HSE Paul Reid said the target for the upcoming week coming is 84,000 doses administered, which will see the last of the over 85s group getting their first jab.

Dr Denis McAuley from the Irish Medical Organisation said that as he was getting ready to inoculate people aged 80 to 85, he was informed that the Moderna supply which was due to arrive on Tuesday will be delivered later.

The Donegal GP explained to Newstalk Breakfast with Susan Keogh that this means that his upcoming vaccination clinic for 200 people will now be reduced by 15%.

"We did have extra vaccine doses that last time, so rather than it being 20 to 30, we're ten ahead, so it will probably be ten patients less that we will take in," he said.

"I think the communication of this is really important, when the vaccine is there we have a good infrastructure to give the vaccine, we have a willing population.

"There will be cases where there will be delivery issues but it's the communication to the GP and therefore to the target audience which is so important." 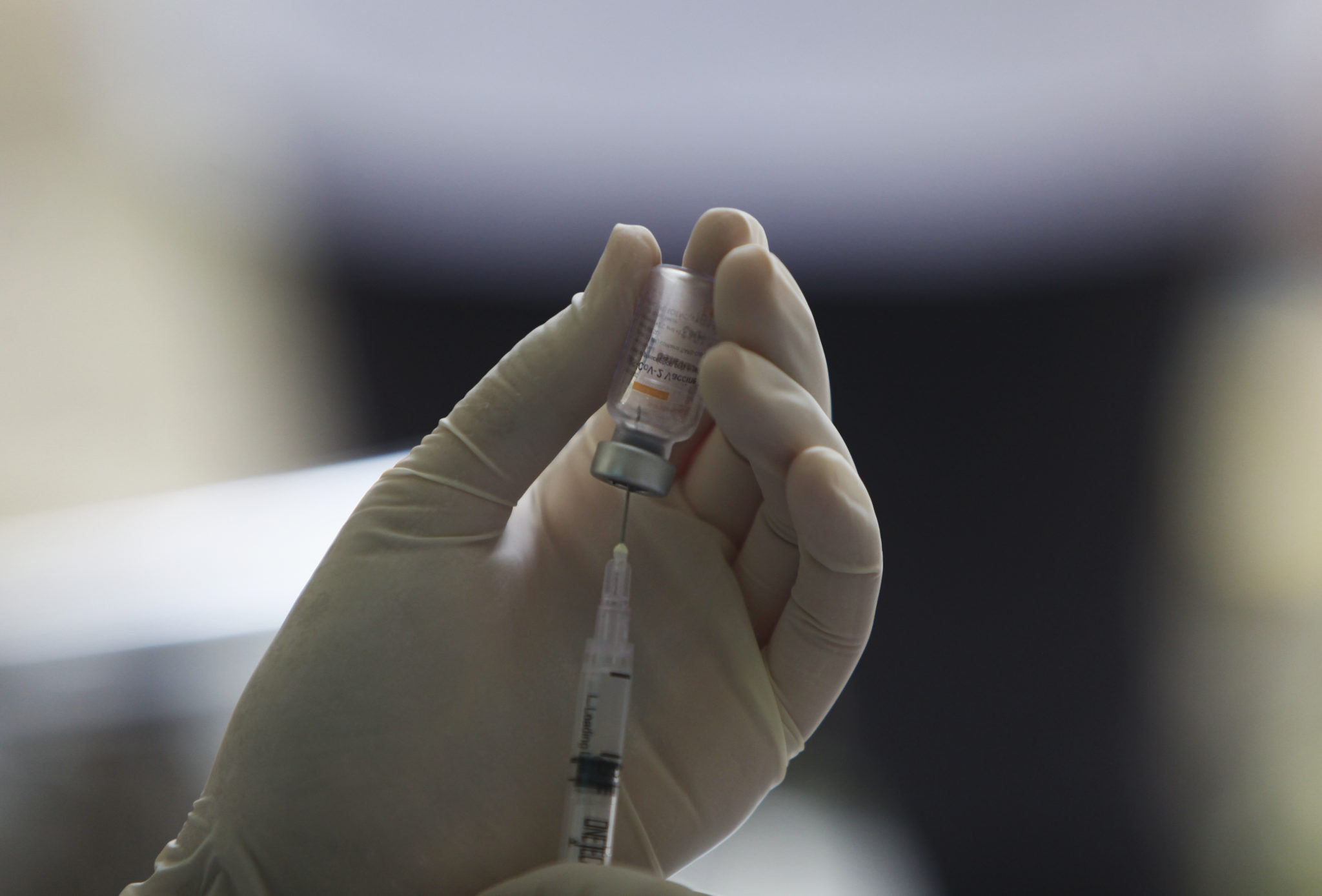 A medical worker prepares to inject a dose of the COVID-19 vaccine. Photo by Adrian / INA Photo Agency / Sipa USA

"Frustration and confusion" about supply issues can be mitigated if practitioners are told exactly how many doses they will receive, he added.

"I think all these people are very keen to get the vaccine and if we can give them a date and time they will be very satisfied, uncertainty isn't a good thing," Dr McAuley said.

He said that people are usually given 48 hours advance notice of when they will be immunised, but this was shortened even further last week due to the vaccine delivery schedule.

Dr McAuley gave the example of a practice which was due to get their supply on the previous Friday in order to administer the doses last Tuesday.

"They weren't sure up until the morning of the vaccine arrived that they were going to get the vaccine," he said.

"When they give the vaccine it's all very positive but before that, there's negativity and worry.

He gave another example of GPs who had "gone through the system and were told the vaccines were coming", only for 140 rather than 150 doses being delivered.

"That's ten people who were going to be upset," he said.

"The vaccines arrived and the actual syringes didn't arrive until a number of hours later, or even the next day."

Small practices who have been trying to take part in the GP buddy system or go into the hubs but can't will receive their supply of COVID-19 vaccines this week, he said.

Main image: A woman walks past a billboard heralding the arrival of the vaccine on Dublin’s Northside. Credit: Brian Lawless/PA Wire/PA Images