Government in talks to secure early delivery of Oxford-AstraZeneca vaccine

The Minister for Health has confirmed that the Government is in talks to secure early delivery of the Oxford-AstraZeneca vaccine against COVID-19.

The European Medicines Agency is due to meet at the end of the month to consider authorising the jab for use across member states.

Minister Donnelly added that an early delivery means we could begin rollout out right away.

He stated that by following the national provisional inoculation schedule currently in place, and assuming vaccines are approved, all adults in Ireland could be offered the vaccine by September.

Speaking to On The Record with Gavan Reilly, he said his Department is seeking authorisation for the AstraZeneca vaccine, with a decision on its approval set to be made on January 29th.

"When we look back on Pfizer, the EMA on very short notice brought that decision forward a week.

"What I would like to see if possible is to get the AstraZeneca vaccine into Ireland and ideally into all the GP surgeries, into all the pharmacies so that the moment the EMA and EU Commission authorise it, I then have to sign a statutory instrument that authorises it for use in Ireland and we get vaccinating straight away."

Minister Donnelly said that it may not be possible "right now" as there are regulatory hurdles around procurement.

"AstraZeneca may themselves not do it but I want to make sure, and I know everyone working on this procurement process wants to make sure, is that not a single day is wasted," he added.

Government in talks to secure early delivery of Oxford-AstraZeneca vaccine

He said the immunisation was being administered as soon as the vaccine arrives in the country.

By next Sunday, 140,000 people in Ireland will have been vaccinated, which is split evenly between healthcare workers and people in long-term residential care.

In long-term residential care, that includes all nursing home residents and staff, and residents over 65 in mental health and disability long-term settings.

"When it comes to the frontline healthcare workers, there's around 150,000 in that cohort, which includes people in the hospitals, people in the community, GPs and many others," he added.

"By next Sunday, we'll have had enough vaccines in the country to vaccinate just under half of that cohort with the first dose."

Minister Donnelly said they will be examining whether there needs to be "any slow down" in the rollout to reflect the temporary delay in supply of the Pfizer COVID-19 vaccine.

"We have a small amount left as a buffer, about a three-day buffer that we can look to deploy," he said.

"There is nothing I would like more than having more vaccine in the country and that the delivery schedules were more than they were."

The provisional vaccination plan in place, which assumes that vaccines will be approved, provides that by the end of March, 700,000 people would have received their first dose.

"In quarter two, we would ideally like to get to 1.8 million people and in quarter three, that again.

Therefore, "with huge caveats", all adults could be offered the vaccine by September, he said.

His comments come as latest figures from the HSE this morning show that 1,923 people are in hospital with COVID-19, with 186 of those in ICU.

Meanwhile, 60 further deaths and 3,231 new cases of coronavirus were confirmed in the Republic yesterday. 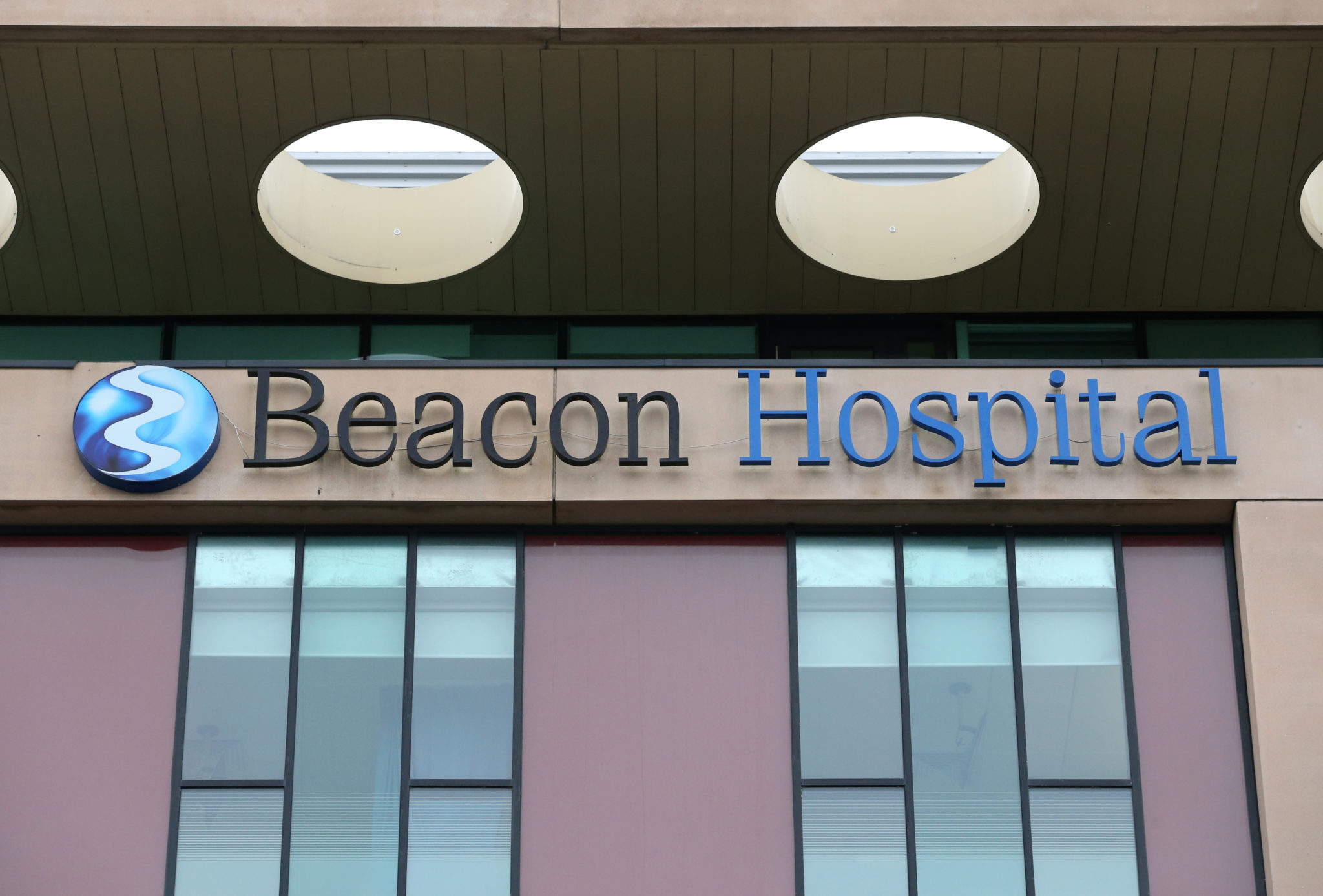 The Minister said that at the start of last year, there were 255 ICU beds in hospitals nationwide, which is "way, way less than we should have".

He said he doesn't think "any more could have been asked of the HSE" and that it has done a great job in building up capacity to a potential of 350 beds during "a very difficult year".

Speaking earlier on the same programme, the Head of ICU at the Beacon Hospital described an agreement between private hospitals and the HSE as "bizarre in the extreme".

Dr Stephen Frohlich insisted the south Dublin private hospital is playing its part in the fight against COVID-19, despite being the only one in the state to refuse to sign over beds to the HSE.

Minister Donnelly said it would be "very regrettable" if the Beacon did not sign up to the same deal that 17 other private hospitals had agreed to.

"This is a team Ireland moment, and while they are absolutely within their rights to try and protect clinical care for their own patients, this is a moment where I believe people should step up and they should sign the same contract as everyone else."

Taoiseach: People's efforts in tackling COVID-19 are 'really having an impact'