A new project is hoping to raise positive awareness of the coronavirus vaccination campaign.

The 'Got the Vaccine Not the Virus' campaign is using yellow wrist bands to promote the vaccination program.

While 10% from each band sale will go to the mental health support service, Jigsaw.

Pearse Cromwell from 'Got the Vaccine Not the Virus' told Lunchtime Live he wanted to do something positive.

"I think we just needed a bit of hope after the last 12 months that we had.

"We had got a sense of hope towards the end with the vaccines rolling out and listening to different people like Luke O'Neill and different contributors.

"We wanted to come together and see a road back to somewhere where we could see a little bit of hope at the end of the road.

"I just chatted to my Dad, and I had an idea about a wrist band - they're kind of discreet.

"And like a lot of decisions you make in life, dads are always to get a little bit of advice and flesh out the idea.

"So I said it to my Dad and Dad said 'Yeah that sounds like a good idea, it's something that we all need'.

"That's where the idea kind of formulated from". 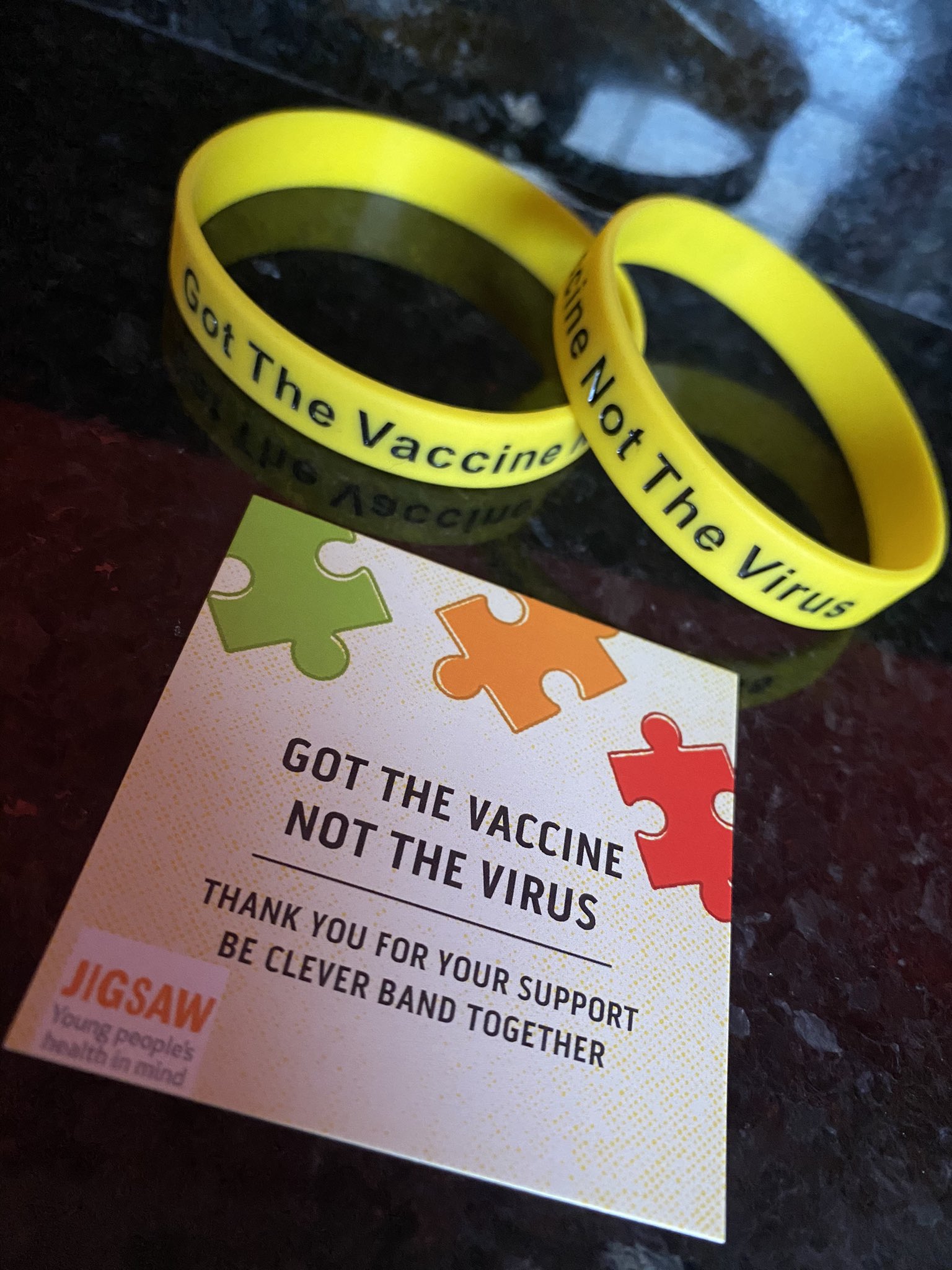 'A bit of nostalgia'

He said he decided on wrist bands because he wore a lot of them when he was younger.

"We had the yellow one for 'Live Strong' and different charities... we didn't want anything that was too in your face or over the top.

"There was a bit of nostalgia probably creeping in that we said 'Wear a wrist band on the oul wrist', and remember my youth a little bit".

Pearse also said there is a palpable feeling that things are getting better.

"There's a lot of negativity in the headlines and what have you, and yellow was the colour of hope - and we wanted to bring hope to people as the rollout of the vaccination was coming onboard.

"I live close to The Helix and I took a wander down there, and just the buzz around the place as grandparents and parents were coming out with their vaccine.

"There just seemed to be a great buzz for the families there - so that was kind of it.

"It's just a case of bringing a little bit of hope at a time when there's a lot of negativity around".

On working with Jigsaw, he said they reached out to a number of charities.

"Dad said we'll reach out to some mental health charities and Jigsaw got back to us.

"Dad and I thought it was a great idea to maybe donate 10% of all the proceeds that we make to Jigsaw."