'It is going to start earlier' - How will Christmas shopping change in 2020?

Due to the COVID-19 pandemic, however, things are going to be a little different this year.

Brown Thomas hasn't opened their Christmas shop yet due to this year's unique circumstances - while they'd usually open in August, they're now only opening next week on September 17th.

Christmas items are, however, starting to appear on shelves in shops and supermarkets in the capital.

Many shoppers may also be planning to spread their shopping out over a longer period in 2020, to avoid the traditional large crowds and 'Christmas rush' in December.

For today's Hard Shoulder, Henry McKean took to Henry Street to see how people are planning to shop this upcoming festive season.

'It is going to start earlier' - How will Christmas shopping change in 2020?

One woman, who usually starts shopping 'as early as she can', told Henry: "I've got one present so far - little ceramic coffee mugs, but only because I spotted them.

"I [usually] do Christmas shopping while I'm on holidays - decorations and things.

"[This year] might be a little bit different - I'll take my time this year, probably." 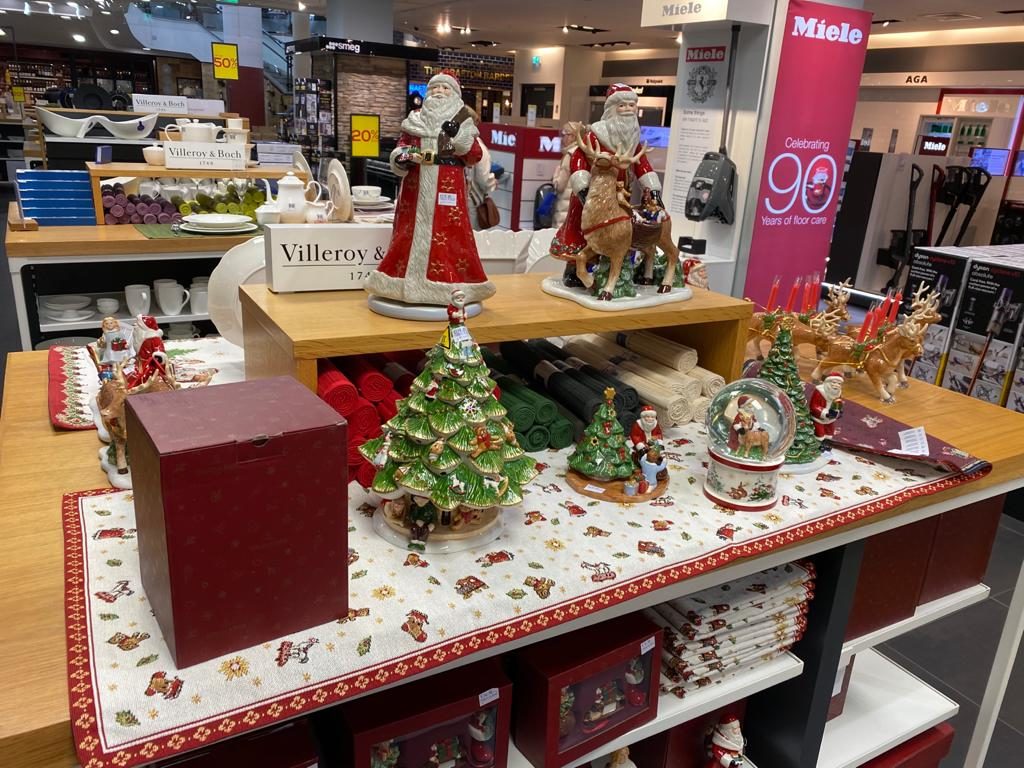 Christmas items on display in Arnotts in Dublin. Picture by Henry McKean

However, one other woman said the usual plan is 'out the window' this year.

She explained: "I would normally start in June or July... but not this year.

"I haven't started yet - I won't be either. It will only be santy for two kids, and that's it. It's all about being together."

Flower seller Veronica Ryan is just back to business today after being closed for six months.

She observed: "The pandemic we're in now... people are afraid they won't get what they need for Christmas. So it is going to start earlier this year than ever."

One male shopper, meanwhile, said it would be "perfectly understandable" if some people wanted to start shopping earlier this year.

He observed: "People's habits are going to change when it comes to shopping... so I think it's good to get in there early."

Irish people to spend over €750 on Christmas presents