Gardaí investigating the murder of Keane Mulready-Woods have released an image of a car they are...

Gardaí investigating the murder of Keane Mulready-Woods have released an image of a car they are trying to trace.

The teenager's remains were found in a sports bag in Coolock in Dublin on Monday night.

However officers are still awaiting confirmation from Forensic Science Ireland on whether partial human remains, discovered at Trinity Terrace in Dublin 3 on Wednesday, are those of the the teenager.

The Taoiseach and Justice Minister are due to be briefed about the murder during a visit to Drogheda today.

Keane was last seen in Drogheda by his family at around 6.00pm on Sunday.

These items of clothing have not been recovered. 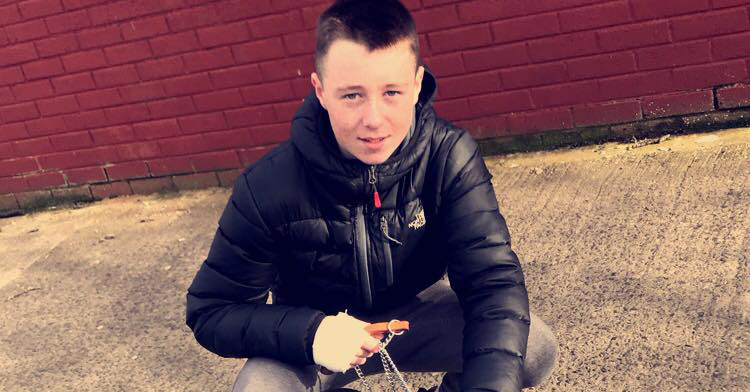 This was found partially burnt out on January 15th.

This Volvo had a registration of 161 D 48646 and was stolen in the Sandymount area of Dublin on December 15th.

In a statement Gardaí say: "Has any person seen this Volvo V40 being driven or parked up with either registration plate between 15th December 2019 and 15th January 2020?

"The Volvo had 4 matching alloy wheels when stolen, one wheel has been changed, has any person information that can assist this investigation?"

Gardaí are also appealing for any person with information - or any road user with video footage - who may have been in or passed through the Ballybough Road, Clonliffe Road, Poplar Row, Luke Kelly Bridge location between midnight on January 14th and 2.00am on January 15th.