Gardaí still have no reason to believe Ashling knew her attacker.

Gardaí say they've received "good information" in regards to a bike which is of significant interest to the investigation into the murder of Ashling Murphy.

Anyone who saw the black and green 'Falcon Storm' mountain bike in the days or hours leading up to 4pm on Wednesday is asked to come forward.

Last night, a man in his 40s who was arrested in connection with the attack was released and is no longer considered a suspect.

After examining all the evidence gathered yesterday in its totality, it lead detectives to the conclusion that a man in Garda custody could not have been responsible for the murder.

A spokesperson for the force says that while people may feel disappointed, the positive is an innocent man was released.

Officers say this does not mean the investigation was a blank page following the man's release, and all the evidence gathered to date will help to lead to the actual culprit.

Gardaí still have no reason to believe Ashling knew her attacker. 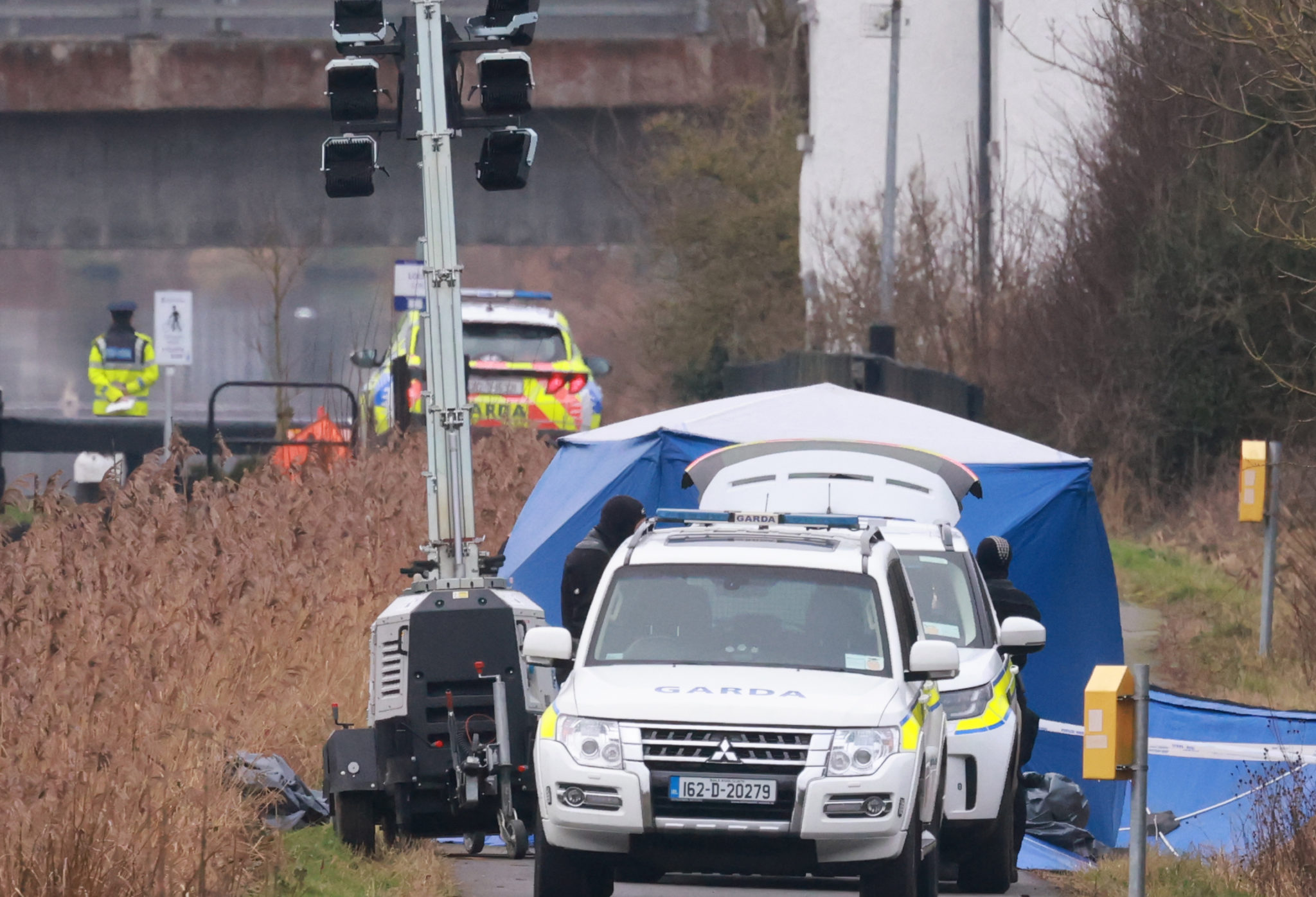 Pictured is the Garda forensics tent at the scene of the investigation into the fatal assault on Ashling Murphy. Photograph: Eamonn Farrell / RollingNews.ie

They have received "good information" on the bike so far but are continuing to urge people to come forward.

Meanwhile, dozens of vigils are to take place across the country this afternoon and over the coming days.

Tullamore Cllr Tony McCormack says the community has pulled together to arrange a vigil in the town this afternoon.

He said: "A local candle factory here has donated 500 candles.

"People are going to come up to the town park... [and] there's going to be a picture of Ashling there - a kind of shrine.

"There'll be a bandstand area set up for people, and there'll be some prayers."

Main image: Gardaí are appealing for information about a Falcon Storm mountain bike. Picture by: An garda Síochána