French police have clashed with firefighters protesting over pay and conditions in Paris. Riot po...

French police have clashed with firefighters protesting over pay and conditions in Paris.

Footage online appears to show a mêlée with police using batons against the protesters.

Similar protests in October were also marked by clashes with police – with one firefighter losing the vision in his eye. 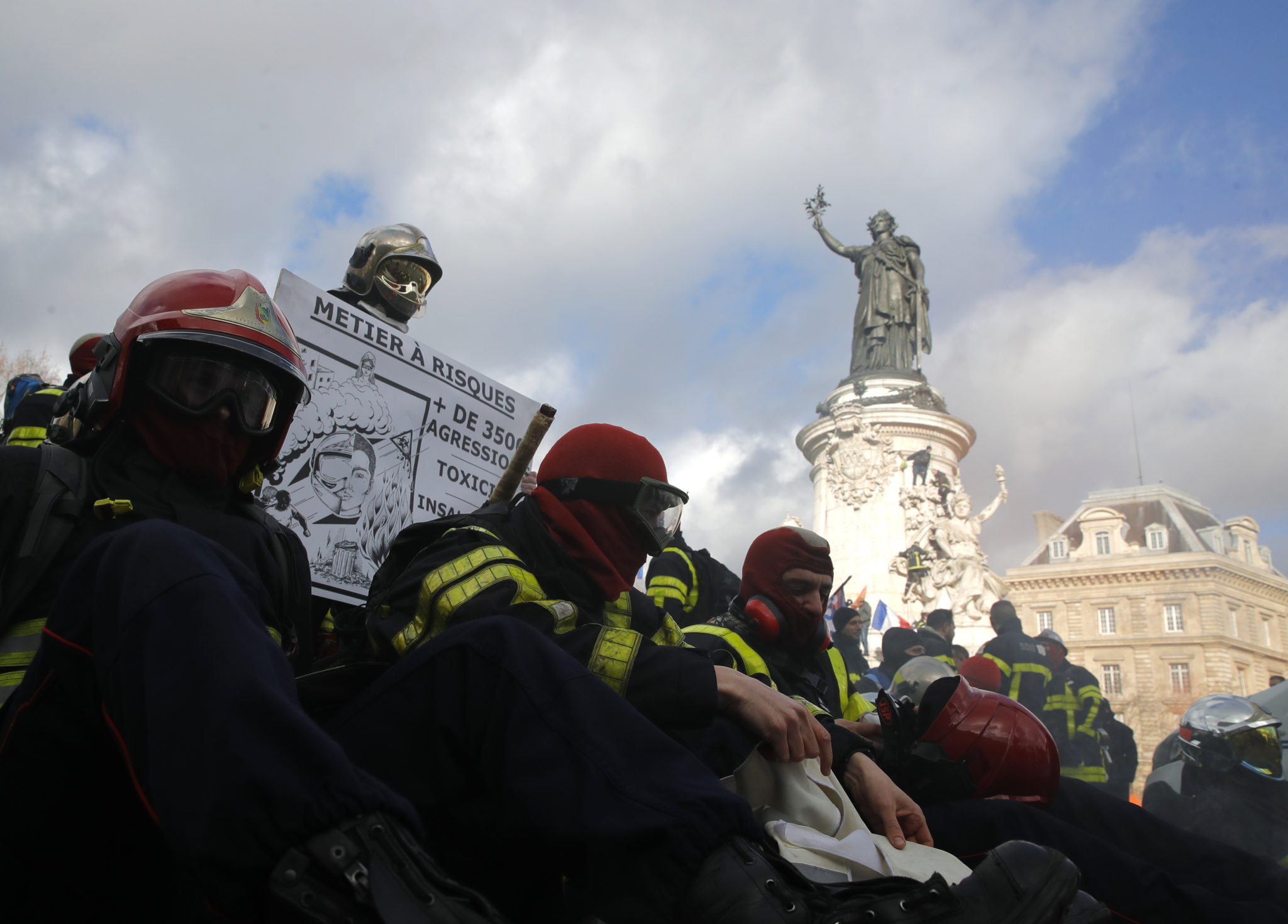 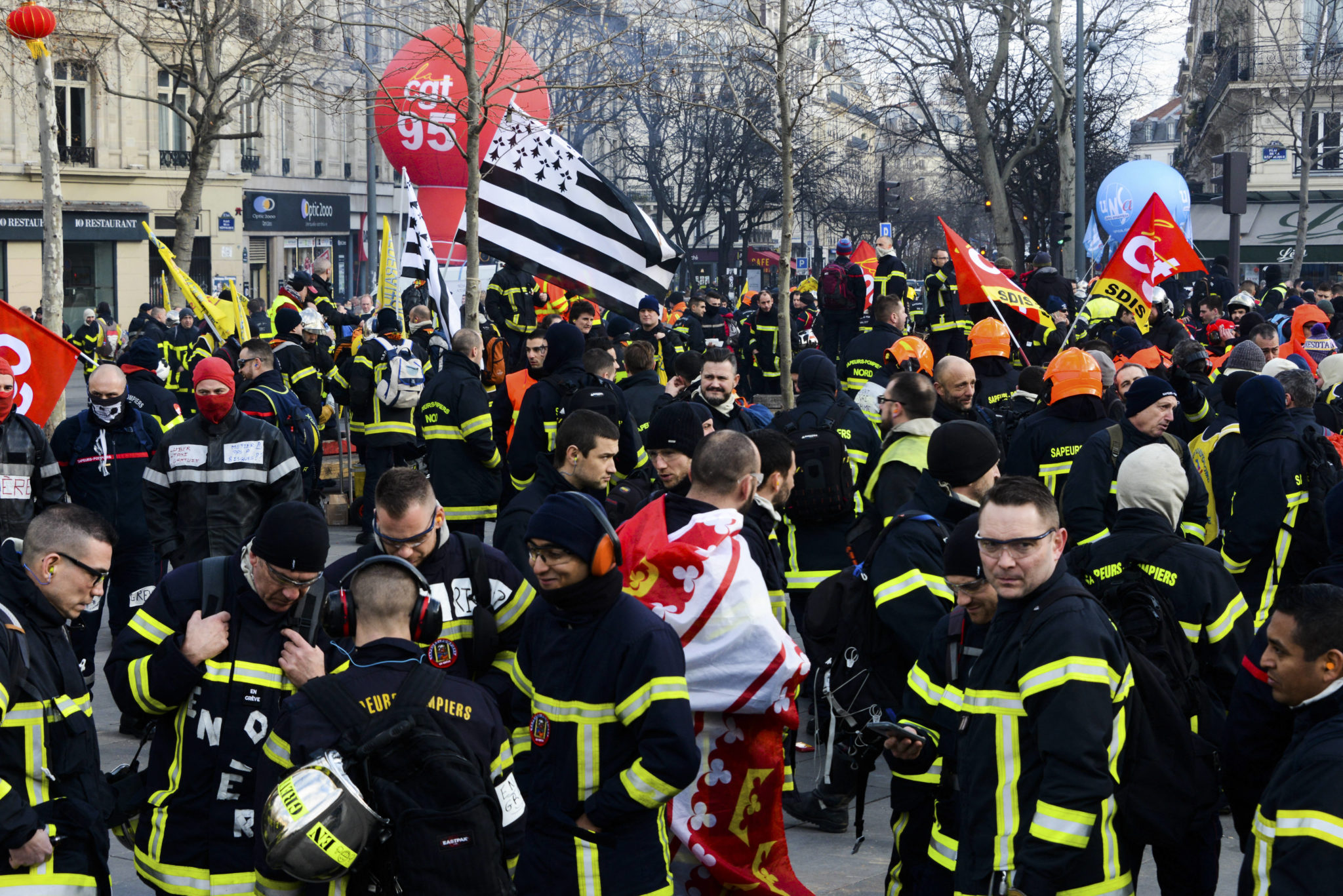 Police said they were forced to intervene after 200 – 300 firefighters set off in a “wild procession” away from agreed protest routes.

They said they used water cannon on the fire-fighters after they attempted to break through a barrier blocking off the city’s Boulevard Périphérique ring-road.

They said two protesters had been arrested.

The firefighters are demanding a 6% rise in risk pay - which has not changed since 1990.

They are warning that staff shortages have made their jobs increasingly difficult and said that attacks against them are on the rise.

There have been widespread protests against President Macrons plan to reform the pension system in France since December.

WATCH: Firefighters rescue dog who got stuck between two pillars