Restrictions could be eased on the use of drones in the Dublin area, under new proposals from the...

Restrictions could be eased on the use of drones in the Dublin area, under new proposals from the Irish Aviation Authority (IAA).

It has launched a public consultation on the proposed changes, which would apply to the Unmanned Aircraft System (UAS) geographical zone for the Dublin area - the country's busiest air traffic space.

As part of the changes, restrictions could be eased while maintaining protection for airports, air corridors and sensitive State infrastructure - such as hospitals and prisons.

Drones in the Dublin area are currently restricted to a height of 15m (50ft).

The changes would introduce graduated limits, depending on a location, of up to a maximum of 100 metres without needing special permission from the IAA. 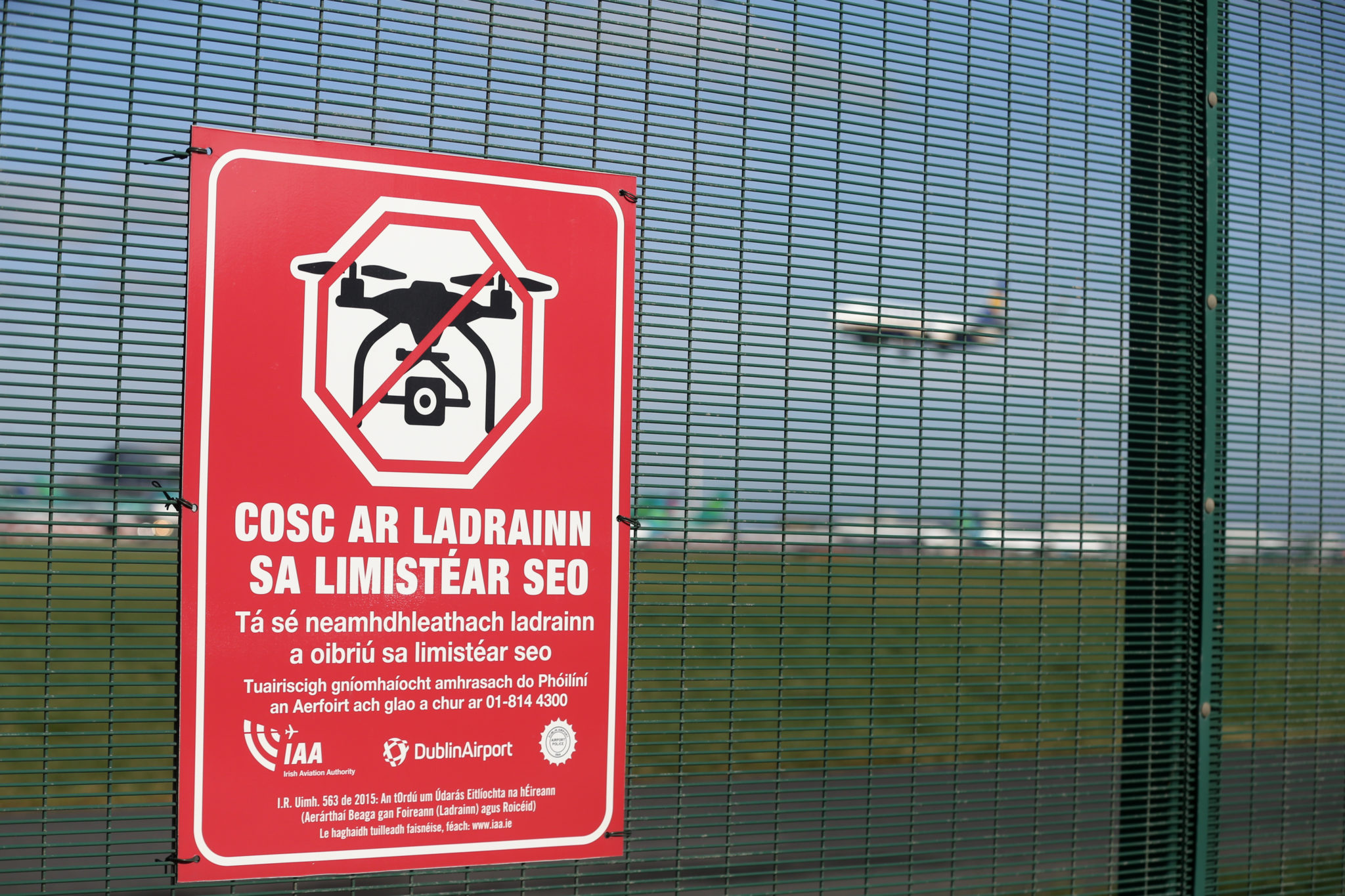 An anti-drone sign as planes land at Dublin Airport in 2019. Picture by: Sam Boal/RollingNews.ie

Diarmuid Ó Conghaile is CEO-designate of the IAA.

He said stakeholder engagement is vital in ensuring the approach to drone regulation is transparent.

"It is safety critical to ensure that UAS operated in, or near significant air space corridors poses no threat to commercial or general aviation.

"At the same time, the regulation of UAS should adhere to the principles of necessity and proportionality.

"Our job is also to facilitate the use of drones, which are quickly emerging as a transformative technology."

He added: "The regulation of UAS is a rapidly evolving framework, with newly issued regulations from the EU now in force, and further regulation and implementing rules in development."

He also said the IAA will be giving more focus to drones "in the coming months and years".

"We have significant expertise in-house in the areas of drone operation, engineering and airspace management, and will be building on this base to meet the new demands."

The consultation document can be found on the IAA website and it is inviting comments on the proposed changes by May 7th 2021.

This can be done one of two ways: Online on the IAA website or in writing to: IAA-SRD, Air Navigation Services Division, The Times Building, Dublin 2, D02 T449