There are some 118 confirmed cases across several European states

The first case of monkeypox has been detected on the island of Ireland.

There is a case in Northern Ireland, according to the Press Association, with a briefing of health officials there expected later.

The European Centre for Disease Prevention and Control (ECDC) says, as of May 25th, there are 118 confirmed cases from 12 EU or EEA states.

"Most cases are in young men, self-identifying as MSM [Men who have Sex with Men]. There have been no deaths", it says. 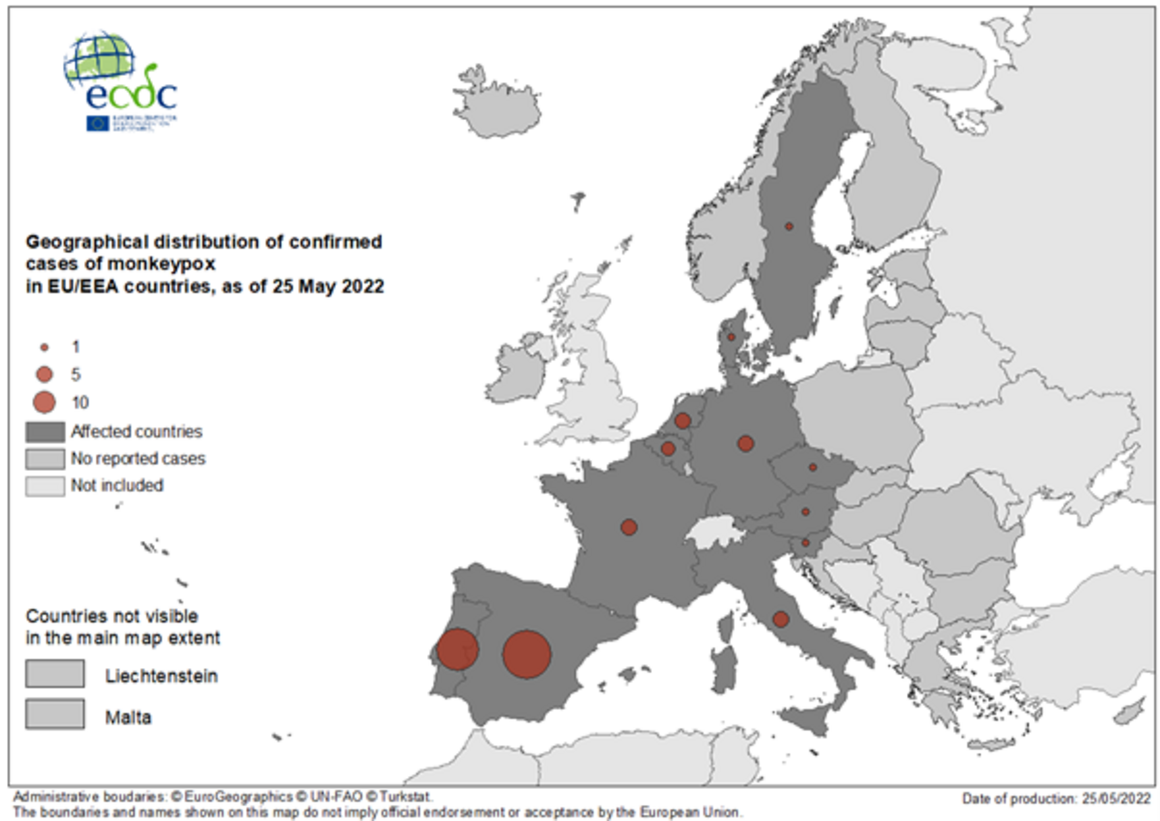 Confirmed monkeypox cases in EU countries as of May 25th. Source: ECDC

It adds that the clinical presentation is generally described to be mild, with most cases presenting with lesions on the genitalia or peri-genital area.

"This is the first time that chains of transmission are reported in Europe without known epidemiological links to West or Central Africa, where this disease is endemic.

"These are also the first cases worldwide reported among MSM", it says.

A multidisciplinary incident management team has already been set up by the Health Service Executive (HSE).

It says this is to "actively monitor this evolving international situation and prepare services in Ireland for the possibility of monkeypox cases arising in Ireland."

Monkeypox: Here's what you need to know

Symptoms of monkeypox include:

"And it turns [out] it hasn't changed - it's the same as the previous monkeypox.

"The fear was it might have become a variant that was more transmissible, or somehow nastier.

This also means vaccines against smallpox should be effective against monkeypox.

Prof O'Neill adds: "It won't be more transmissible, say, for example if it was spreading more.

"It doesn't seem to be the case, that was a good bit of news this morning".

The World Health Organisation (WHO) says vaccines against smallpox have been shown to be "85% effective" in preventing monkeypox in the past.

Just what is monkeypox, and should we be worried? Listen to Sean Defoe's latest Let Me Explain podcast here