The fiancé of a man who was killed in a hit-and-run in Dublin says she found out about the accid...

The fiancé of a man who was killed in a hit-and-run in Dublin says she found out about the accident when a Guard answered his phone.

Hundreds of people attended a vigil at The Spire in Dublin city centre on Wednesday in memory of Thiago Cortes.

The 28-year-old Deliveroo cyclist was killed after being hit by a car at North Wall Quay on Monday.

A fundraiser set up in his memory this afternoon has so far raised nearly €4,000 towards repatriating his remains to Brazil.

Gardaí said the car failed to remain at the scene and was later recovered a short distance away.

Hundreds of people, including Deliveroo riders and cyclists, attended the vigil on Wednesday.

Teresa Dantas told Ciara Kelly on Newstalk Breakfast he had only been working for the delivery company for 10 days.

"So he was working for Deliveroo for about 10 days, and he was usually coming home during the week at around 11, 11.30.

"He didn't answer, but I thought maybe he's just in a delivery and he can't [answer] - that's fine.

"But it was around 12 I got a message saying that a Deliveroo driver has been in an accident, it was serious".

"I felt something different, it wasn't usual for him to take long to answer me.

"So it was an hour since the last time I texted him with no answer, so I thought it might be him".

"I kept trying to ring him, and then one of the Guards that was on the scene answered the phone and told me it was him - telling me to go to the Mater Hospital.

"And that's how I found out that it was him". 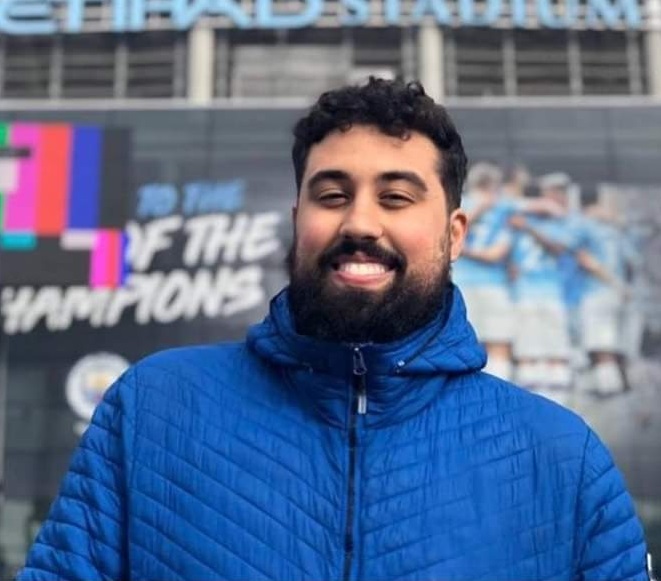 "I wasn't expecting it, I really was shocked".

"I was hoping it was a broken leg, a broken arm, something not that bad".

"But she told me 'don't worry your finacé is alive' - once she told me that, I thought 'well it must be really serious'.

"I went to the hospital, I was with my flatmate - one of Thiago's best, best friends - we got there, they let us in.

"The sergeant that answered the phone came to talk to me: saying that he was in an accident, it was a hit-and-run and that I'll be able to see him, that he was alive."

"We had over 24 hours to stay with him since the time that I found out about the accident and the time he died."

On their marriage plans, she said: "We didn't have a date yet, but we were planning on doing the legal marriage here at the end of the year.

"And then the big party, the church marriage, in the next couple of years".

Appealing for information on those who were in the car, she said: "If you did it, please come forward, be brave to do this.

"You were driving a car, you hit someone and you left him there to die.

"Just please face what you did, come forward - and if you know something, if you have any information, please call the Guards.

"We're all looking for the person who did this".