Social media giant Facebook is launching its own news service.

'Facebook News' is being tested to a subset of people in the US market.

The company says news articles will continue to appear in user's news feed as they currently do.

However those taking part in the test will see a number of changes.

'Today's Stories' will be chosen by a team of journalists to catch people up on the news throughout the day.

On this, Campbell Brown - Facebook's vice-president of global news partnerships - and Mona Sarantakos - news product manager - say the company still has a way to go.

"We have progress to make before we can rely on technology alone to provide a quality news destination.

"We also aim to serve both people and news publishers, and not just the big national players.

"We want new forms of journalism in the digital age, including individual, independent journalism, to flourish.

"So we will continue to expand the algorithmic selection of stories driving the majority of Facebook News." 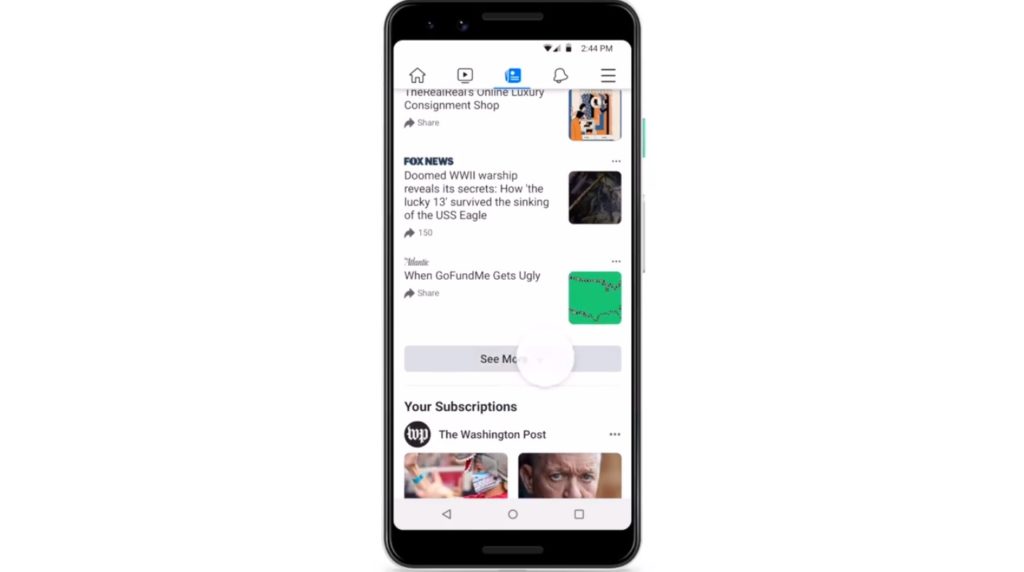 Topic sections will also to dive deeper into business, entertainment, health and other areas.

And a 'Your Subscriptions' area will be available to people who have linked their paid news subscriptions to their Facebook account.

There are also controls to hide articles, topics and publishers users do not want to see.

Facebook says the new product will feature a wide range of content across four categories of publishers: general, topical, diverse and local news.

At the beginning of the year, the company surveyed over 100,000 people on Facebook in the US about what topics they were most interested in.

It found that the site was "under-serving many topics" people wanted most in their feeds - especially around categories like entertainment, health, business and sports.

"We took this into consideration as we identified publishers across those four categories", Brown and Sarantakos add.

However publishers will need to abide by Facebook's Publisher Guidelines - these include a range of integrity signals in determining product eligibility, including misinformation.

They also must serve a "sufficiently large audience", with different thresholds for the four categories of publishers.

This seems to be following in the footsteps of Google News, which similarly curates articles based on user's behaviour.

Google News had 338.9 million US visitors and 14 million Canadian visitors in February 2016, according to figures from SimilarWeb.com.