At least 207 people have been killed in a series of Easter Sunday explosions targeting churches a...

At least 207 people have been killed in a series of Easter Sunday explosions targeting churches and hotels in Sri Lanka.

A police spokesperson said that more than 450 people have been injured.

The Shangri-La, Kingsbury and Cinnamon Grand Hotels, all in Colombo, were targeted. 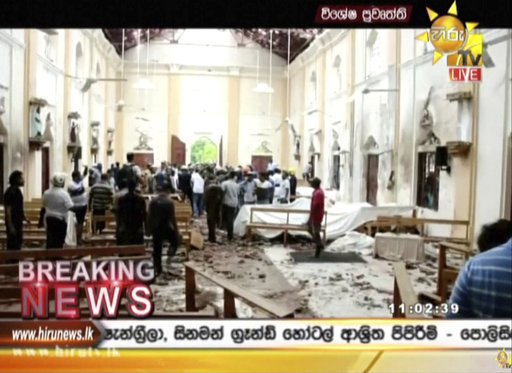 This image made from video provided by Hiru TV shows damage inside a church after a blast in Colombo | Image: AP/Press Association Images

A senior official told the Associated Press at least two of the blasts were suspected to have been caused by suicide bombers.

Local media are reporting seven arrests have been made following a raid on a house in the capital.

According to the country's junior defence minister, three officers were killed during the raid.

No one has yet said they are behind the attacks, which are the worst violence in the country since Sri Lanka's bloody civil war ended a decade ago.

At St Sebastian's Church in Negombo, people carried the wounded away from blood-stained pews after the explosion ripped off the roof and knocked out doors and windows.

The church has appealed for help on its Facebook page.

The Sri Lankan government has declared a curfew with immediate effect, and has shut down access to social media and messaging services. 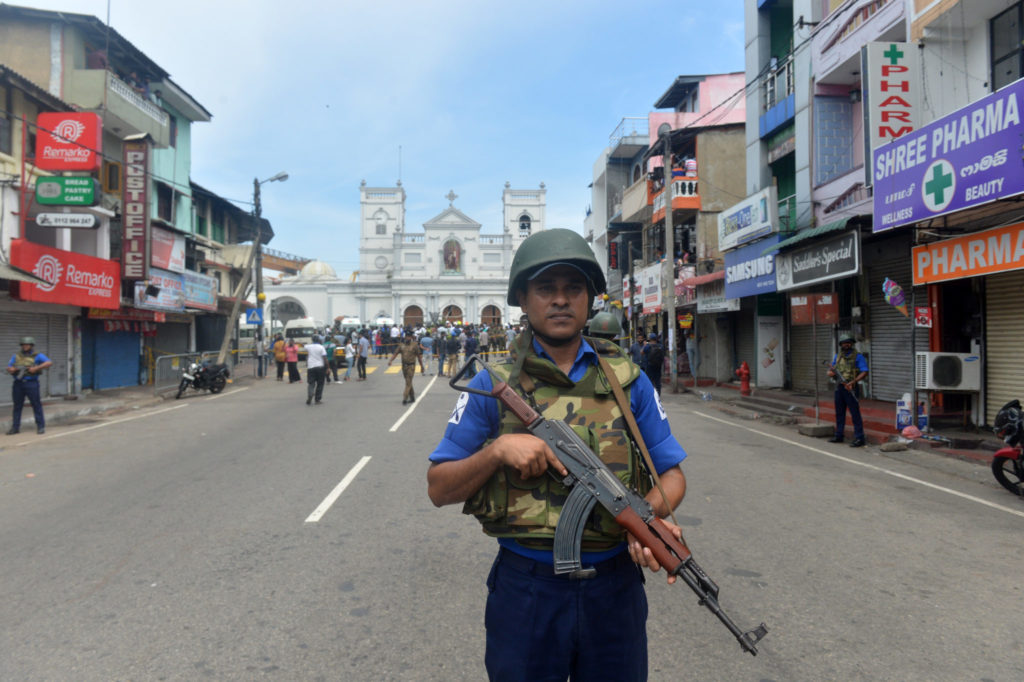 The Department of Foreign Affairs has advised Irish citizens to follow the instructions and advice of local authorities, and stay indoors where possible.

The Irish embassy in India, which is accredited to Sri Lanka, has said it is aware of the incidents.

President Michael D Higgins said: "As President of Ireland, I am sure that people in Ireland will have heard with great concern of the heavy loss of life that has happened at places of worship in Sri Lanka, at a time of religious significance.

"The right to the freedom of worship is a fundamental right.

"To the families of those who died and those who have been injured I send the sympathies and solidarity of the people of Ireland."

"The right to the freedom of worship is a fundamental right."

Statement by President Higgins on the attacks in Sri Lanka: https://t.co/pHuAhKYLem

He also expressed Ireland's solidarity with the people and government of Sri Lanka "at this tremendously difficult time."

He said: "I am shocked at the appalling attacks on innocent civilians this morning in Sri Lanka.

"No political or other cause can justify or excuse the bombing of people at worship or simply going about their daily lives. 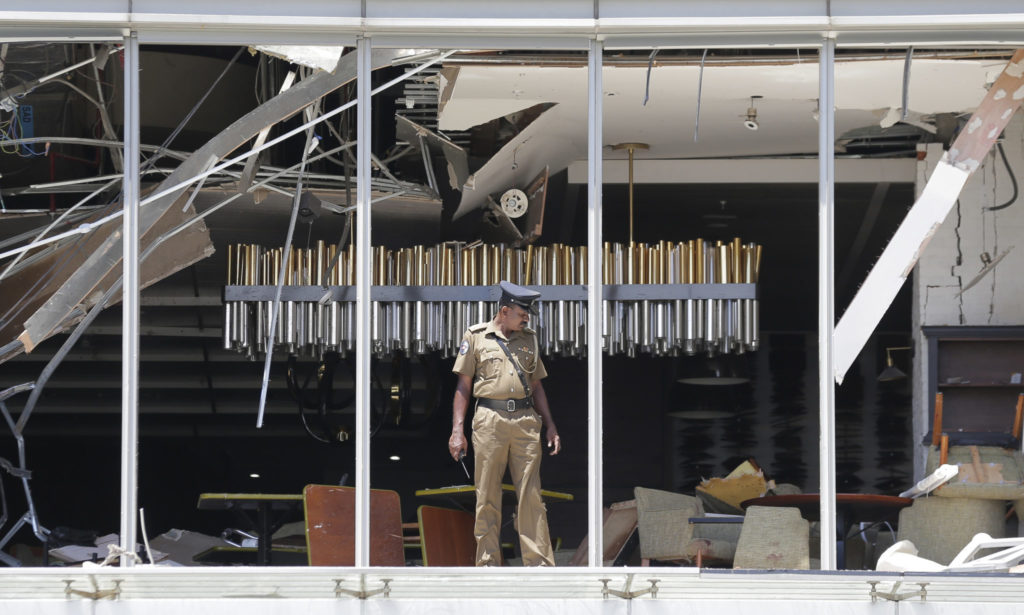 "On behalf of the government of Ireland I also express our solidarity with the people and government of Sri Lanka at this tremendously difficult time.

"Attacks such as those in Sri Lanka today and in Christchurch and elsewhere are a challenge to us all to do everything that we can to defend that right. Places of worship must be places of peace, free from fear."

"I call upon all Sri Lankans during this tragic time to remain united and strong.

"There is no place for such barbarism in our region. India stands in solidarity with the people of Sri Lanka.

"My thoughts are with the bereaved families and prayers with the injured."

Strongly condemn the horrific blasts in Sri Lanka. There is no place for such barbarism in our region. India stands in solidarity with the people of Sri Lanka. My thoughts are with the bereaved families and prayers with the injured.

"Pakistan stands in complete solidarity with Sri Lanka in their hour of grief", he said.