The Irish charity Trócaire has said one of its former workers has died following a car crash in ...

The Irish charity Trócaire has said one of its former workers has died following a car crash in Guatemala.

Sally O'Neill worked for the organisation for 37 years.

Trócaire CEO Caoimhe de Barra said: "We are heartbroken by this news. Sally was the heartbeat of Trócaire for almost 40 years.

"She was a truly remarkable person. Trócaire was only five years old when Sally joined.

"Sally built the foundations of the organisation.

"She embodied our values and through her courage and commitment to human rights touched the lives of so many people."

From Dungannon, Co Tyrone Ms O'Neill joined Trócaire in 1978 and retired in April 2015.

Ms de Barra, who had met Ms O'Neill in Guatemala just last week, explained: "Despite having officially retired, she remained a driving force for human rights in Central America.

"Her drive, passion and commitment was as strong as ever.

"Sally was much beloved by communities and human rights activists throughout Central America.

"She dedicated her life to improving the lives of others. Her legacy will live on through the thousands of people whose lives she helped to improve."

She worked primarily on Trócaire projects in Latin America but she was also involved in providing famine relief in Ethiopia in the mid-1980s, and established Trócaire's programme in Somalia in the early 1990s in response to a famine there.

Prior to her retirement, she was Trócaire's Head of Region for Latin America based in Honduras.

In 1982, Ms O'Neill and Michael D Higgins (who was then a TD) visited El Salvador to investigate reports of a massacre in the village of El Mozote.

They were initially refused entry into the country but were eventually granted access.

They uncovered evidence of a massacre of civilians and their report from El Mozote made its way onto the pages of the international media, including The New York Times and the Washington Post. 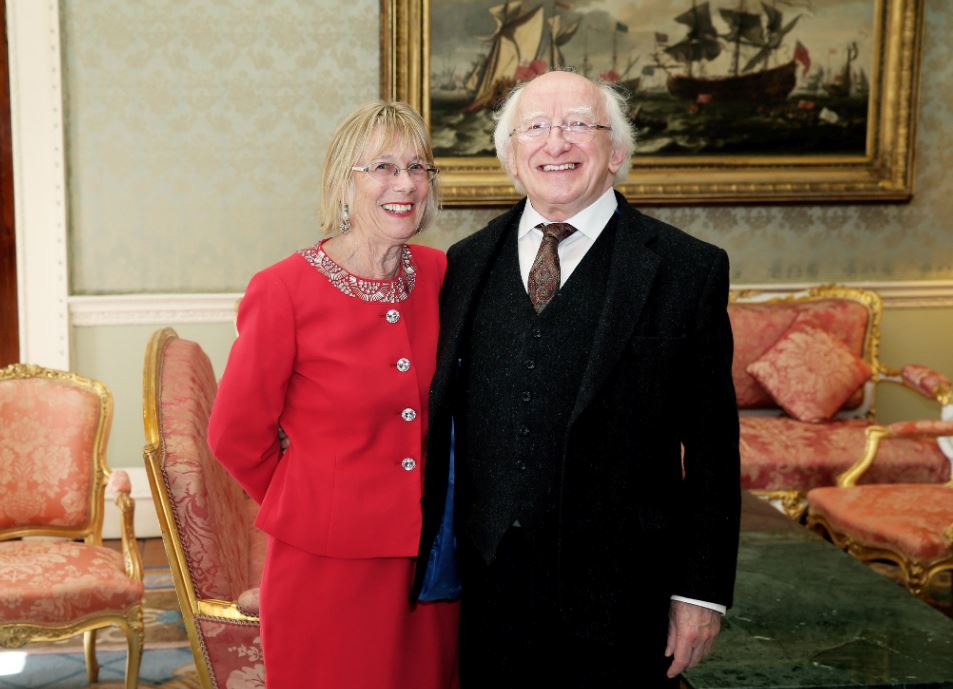 Paying tribute to her, President Michael D Higgins said: "News of the death of my friend Sally O'Neill Sanchez and three of her co-workers has greatly saddened me, as it will have all those who knew Sally's remarkable work for human rights and a global response to poverty."

"To have known Sally O'Neill Sanchez was a privilege.

"To have been with her in some of the places of conflict, distress and human suffering was to see the brilliance, compassion, and limitless courage she brought to her engagement with the poor, the oppressed, and the displaced.

"Her early work in Central America was ground-breaking. Having translated for Oscar Romero just six weeks before his murder she would go on to engage with all those suffering in El Salvador, Honduras and Guatemala.

"I was with her in El Salvador in 1982 when the news of the massacre of the citizens of El Mozote was breaking.

"Many years later when I visited Central America as President of Ireland in October 2013 she was present to hear the massacre, long denied, recognised as genocide.

"She was pleased to see the names of the dead remembered, and to meet the relatives of those killed.

"Her work during the famine in Somalia I witnessed at first hand. She established Trócaire's programme in Gédo. A decade earlier she had worked on the famine in Ethiopia.

"Sally understood the importance of combining tangible assistance and practical compassion with the pursuit of long-term solutions to the root causes of poverty, marginalisation and oppression.

"Through her work she empowered countless people and she was relentless in calling on those with power to bring their influence to bear on the policies and politics that affected those most vulnerable."

While Tánaiste Simon Coveney said: "I was greatly saddened today to hear of the death of Sally O'Neill Sanchez, a lifelong advocate for human rights and the dignity of all people, dedicating her life to working with the poor and the marginalised.

"Sally was a remarkable woman who made a tremendous contribution to Irish society and to disadvantaged communities across the world.

"She presented the best of what it is to be Irish, working tirelessly to empower those impacted by poverty and injustice.

"With her sad passing, Ireland and the countries where she had such a significant impact have lost a dedicated defender of human rights and equality for all.

"I would like to extend my deepest sympathy to Sally’s family at this most difficult time."

The Department of Foreign Affairs is providing consular assistance to the O'Neill-Sanchez family through the Irish embassy in Mexico and the honorary consul in Guatemala.

She is survived by her husband Roger and their children Roger, Rhona and Xiao.