An Irish man wanted in the UK on 39 manslaughter charges has been accused of being the ringleader of a group involved in illegal immigration.

Ronan Hughes of Leitrim Silverstream, Tyholland in Co Monaghan is seeking bail from the High Court today as he fights his extradition from Dublin.

He was arrested by Gardaí earlier this month on foot of a warrant issued by police investigating the deaths of 39 Vietnamese nationals.

On October 23rd last, their bodies were found in the back of a lorry in an industrial estate in Essex, England. 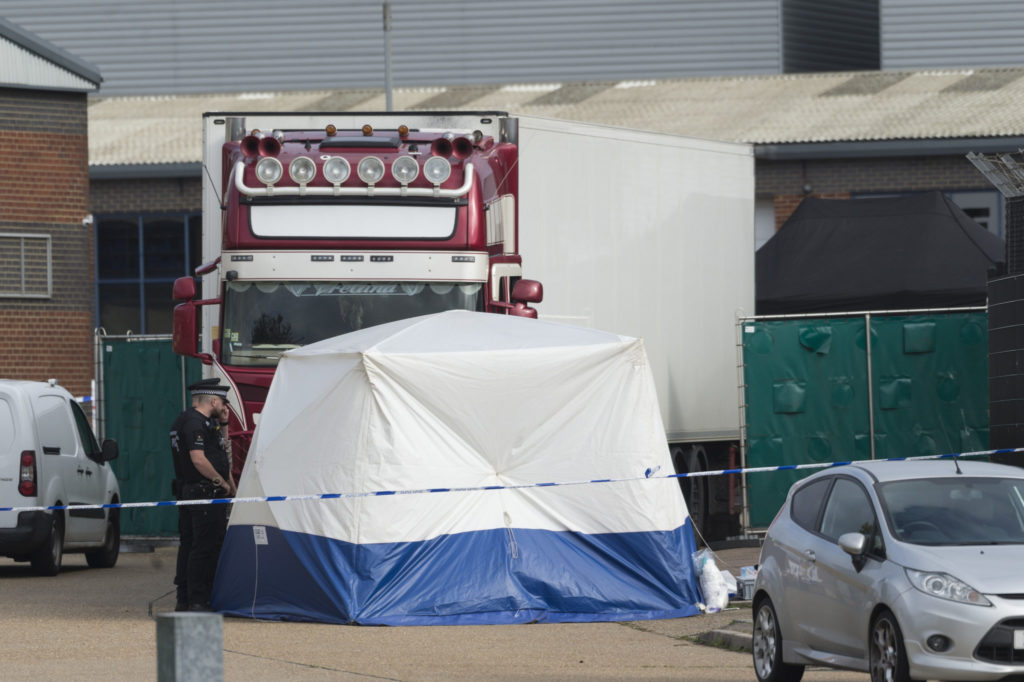 Police officers work at the scene in November 2019 where 39 bodies were found in a shipping container at an industrial estate in Essex, England. Photo by Ray Tang/Xinhua

The container they were found in was sealed, and they died over a two-hour period due to lack of oxygen.

Sergeant Jim Kirwan said it would be alleged that Mr Hughes was the "chief organiser" of a group involved in bringing illegal immigrants into the UK.

The court heard it is further claimed that he made a substantial amount of money from this illegal activity.

Sergeant Kirwan said he feared Mr Hughes may abscond if granted bail, and he said it was his belief he had the means to do so.

The court heard he lived in a relatively new house finished to a very high standard, and paid for it without a mortgage.

Sergeant Kirwan expressed concerns about his access to a large number of vehicles, a number of which he said have yet to be located.

Five men due in court over Monaghan robbery

EXCLUSIVE: Up to 30 asylum seeking children receiving no education at centre in Carrickmacross