An 'enormous number' of people in Ireland are now listening to radio every day via a digital devi...

An 'enormous number' of people in Ireland are now listening to radio every day via a digital device, new research has shown.

New data from Ipsos MRBI has found that listening to FM in the car or in the home is still the most popular method of consuming radio content, but a growing number are using smartphones or smart speakers.

In total, the data shows 3.2 million people listen to the radio every day.

Irish adults spend a total of 13.3 million hours listening to radio each weekday - which is over four hours per listener per day. 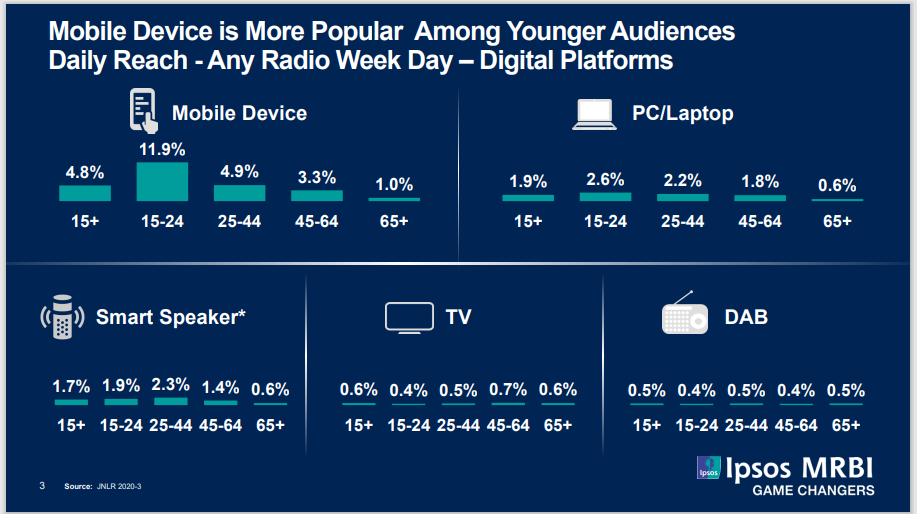 He told Breakfast Business: "330,000 people is not a small number... is an enormous number of people listening to radio every day via a digital device.

"That 8% jumps to 16% when you're looking at younger people... younger people are a little bit faster to adopt these new technologies and new behaviours.

"The wonderful thing about radio is it really is part of our lives, and we're very slow to change it despite all the options and competition out there."

He said mobile phones have led the digital drive for radio, and dedicated apps have now become the norm instead of an in-phone radio tuner.

The report shows that 20% of all adults have downloaded a radio station app to their smart device.