DUP leader Arlene Foster has told her party conference they will not support the British governme...

DUP leader Arlene Foster has told her party conference they will not support the British government on a "fundamentally wrong" Brexit deal.

Democratic Unionists are meeting for their annual conference in Belfast.

But DUP relations with the now British prime minister have changed radically in the past year.

Brexit has both united and divided Mr Johnson and the DUP.

The two-year-old alliance that gave his party influence at Westminster and special funds for Northern Ireland has been badly strained by Brexit negotiations, and in particular Mr Johnson's withdrawal deal.

Addressing delegates on Saturday, Mrs Foster said: "On Brexit, we will not give support to the government when we believe they are fundamentally wrong and acting in a way that is detrimental to Northern Ireland and taking us in the wrong direction.

"We will oppose them and we will use our votes to defeat them."

"The prime minister says there will not be checks, but then we are told there will be.

"Now we are told it can be sorted by a joint committee with the European Union.

"We worked intensively with the government over recent weeks to try to reach a fair and balanced deal.

"We were not seeking a perfect deal. No such deal exists. We were seeking a deal which delivered Brexit without erecting barriers to trade." 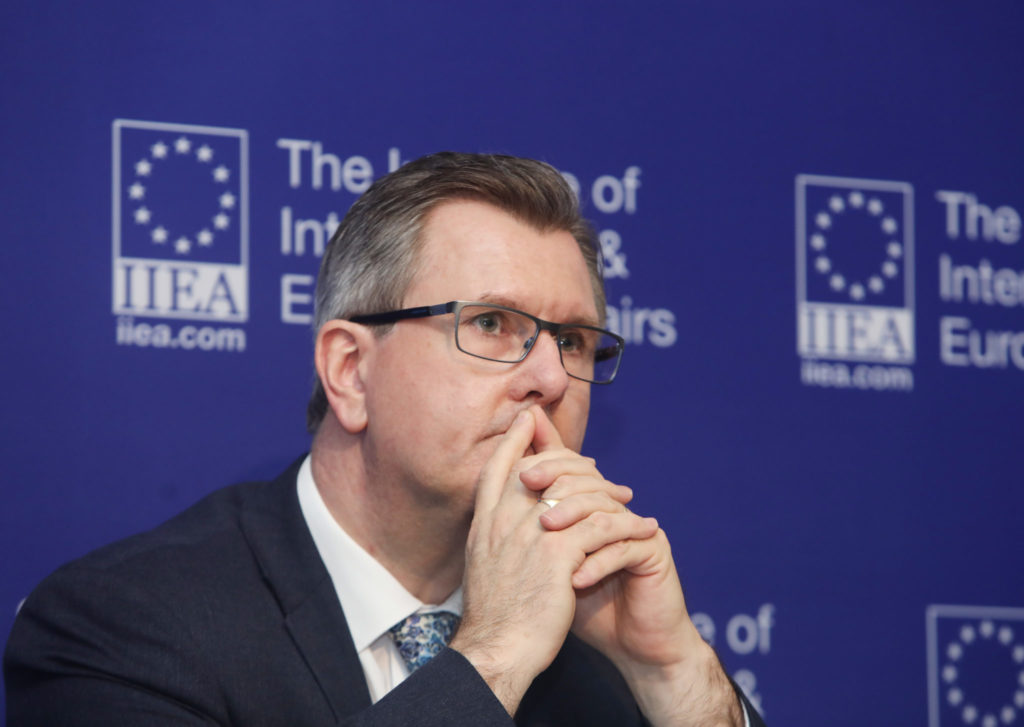 "We want Brexit to happen - let's be clear about that - but not on the terms that the prime minister has suggested.

"Where we have to accept a customs border in the Irish Sea, which will increase the cost of doing business for Northern Ireland businesses - particularly in our biggest market in Great Britain.

"That is unacceptable: it will be highly damaging to our economy, it will destabilise the peace process in Northern Ireland because prosperity and peace go hand in hand".

He added: "We want to go forward, we want Brexit to happen, we recognise and support the fact that the people of the United Kingdom voted for it."

"We want to implement it in a way that keeps the United Kingdom together.

"We leave as one country, the union is important to us and the prime minister needs to understand that: the union comes first."