The new DUP leader has blamed Leo Varadkar for what he described as the worst ever relationship between his party and the Irish Government.

Speaking on his way into a meeting with the Taoiseach Micheál Martin in Dublin this evening, he said there is a "lot of anger" in the unionist community about the Northern Ireland protocol. 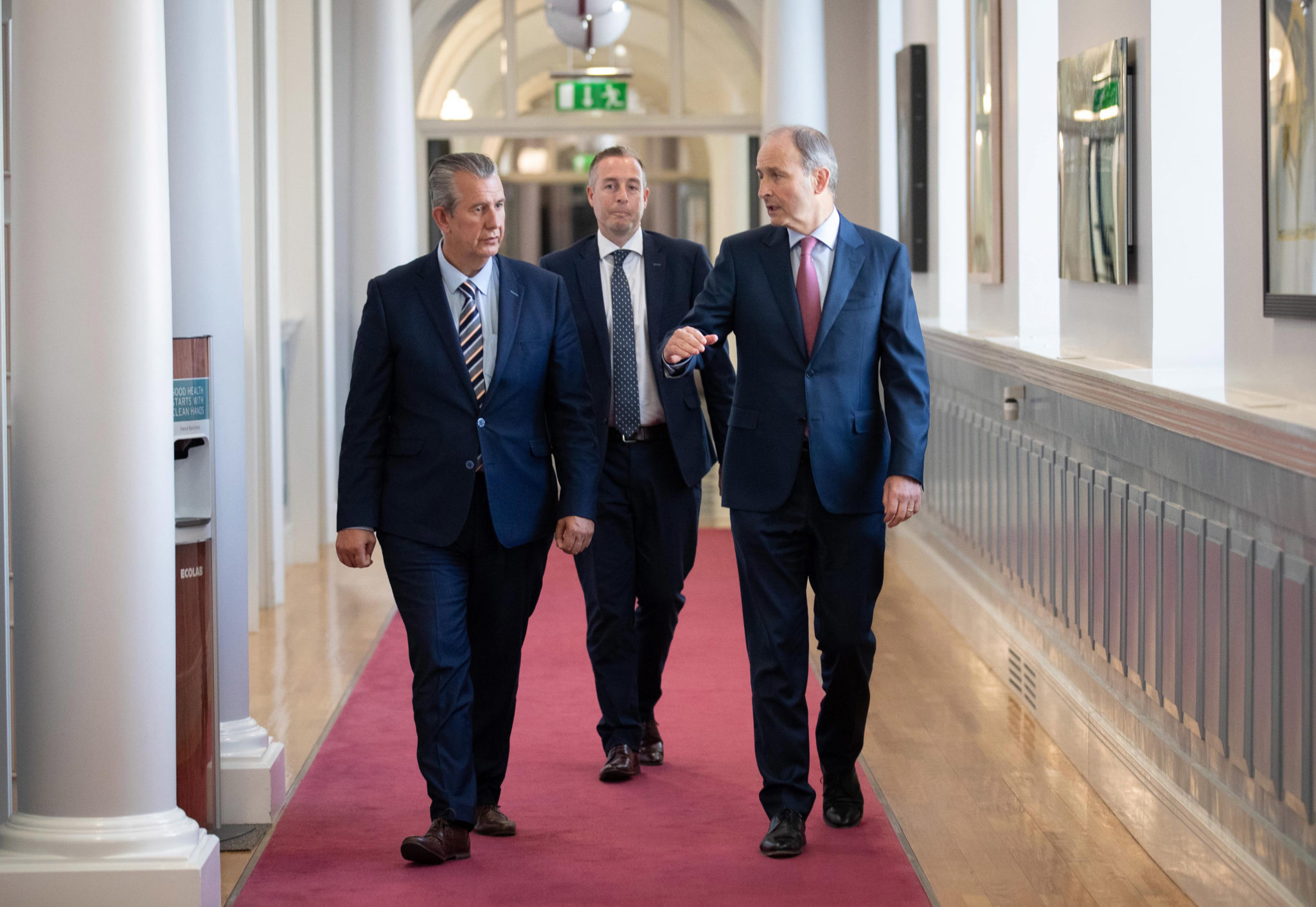 He denied boycotting meetings in protest against the protocol – which prevents the return of a hard border in Ireland – and said he would attend the upcoming North-South Ministerial Council (NSMC) in Dublin.

In a statement after the meeting, the Taoiseach said recognised the genuine concerns about the Protocol in some unionist and loyalist communities and called for the focus to turn to “getting issues resolved and on reducing friction where we can.”

He noted that one way to do that would be reach agreement between the EU and UK on a temporary veterinary agreement - which would do away with 80% of the checks at Northern Irish ports.

The two leaders also discussed the importance of “practical North-South cooperation continuing, including through the framework of the NSMC.”