Irish supermarkets throw out huge quantities of perfectly good food – and a community of dumpst...

Irish supermarkets throw out huge quantities of perfectly good food – and a community of dumpster divers is doing everything it can to raise awareness of the waste.

The New Zealander told Henry she has been dumpster diving ever since she came to Ireland around two years ago – and has done it in other countries over the years.

She said she has a “very good job” and is doing it to highlight waste and promote sustainability, rather than due to financial necessity.

“These are not the icky bins that people are throwing their cigarette butts into,” she said.

“We’re going through the bins that are connected to supermarkets and shops because those are the ones that are going to have fully packaged food that is completely safe and still good to eat.

“It will be properly packaged, inside a plastic bag and then placed into what we call a ‘bin’ but is really just a receptacle for things that are no longer saleable.”

“Dumpster Diving means I only have to buy fresh milk in the supermarket.” I join Caitlin Weich in supermarket bins late at night looking for perfectly good fresh food thrown away. @PatKennyNT @NewstalkFM from 9am @WastelessNZ #DumpsterDiving pic.twitter.com/jSBjxnAvqq

Caitlin said countries all over the world are producing a huge amount of food waste every single day – and a lot of it happens before it gets anywhere near our homes.

“So, there are issues with food waste once you get it home and you have lettuce on the bottom of your fridge which you have good intentions of making a salad with but you never do and then it ends up in the bin,” she said.

“But actually, even before it gets to our shelves and sometimes before it gets purchased, a whole third of the food that goes into our supermarkets ends up in the bin and will never even make it to consumer’s homes.

“That is something I feel very strongly needs to be addressed.”

“Dumpster Diving means I only have to buy fresh milk in the supermarket.” I join Caitlin Weich in supermarket bins late at night looking for perfectly good fresh food thrown away. @PatKennyNT @NewstalkFM from 9am @WastelessNZ #DumpsterDiving pic.twitter.com/1YhqNcCdek

She said the EU has strong laws in relation to best before dates; however, most supermarkets “err on the side of caution and throw away a lot of good food.”

She warned that they also throw out good food for a variety of other reasons – including when a package looks crumpled, or a piece of fruit is bruised.

“I’ve found everything from family packs of toothbrushes all the way through to make-up, face-cleaning products and then, obviously, your sandwiches, salads, full ready-meals and whole pizzas.

“Most of them go out of date today if that makes sense - they would technically have expired at midnight - but then a lot of them don’t have expiry dates on them at all.

“Things like bread or broccoli which doesn’t have an expiry date as such. It is just when someone goes past them on the shelves and decides they look a bit iffy. Or maybe they have got a bruise or maybe the bread has been squished slightly on one end or the custard on the donut is smudged.

“Those things will all end up straight in the bin. They will be taken off shelves because they are taking up valuable real estate in shops and making people think the products are lower quality potentially.” 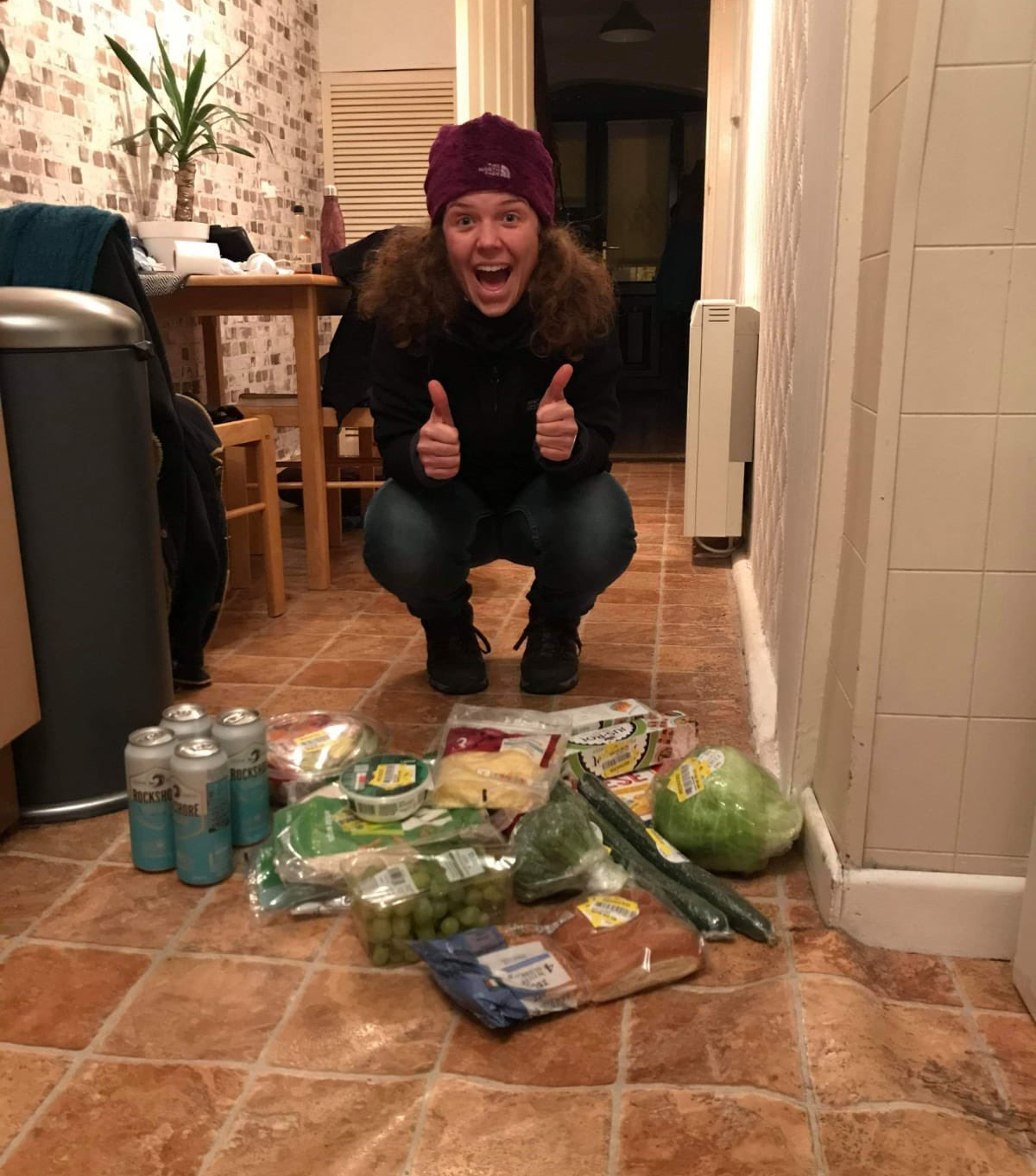 She said it is “genuinely possible” to live entirely off the food you find dumpster diving – noting that she has friends who have gone for as long as a month at times, just to prove the point.

“I never buy bread,” she said. “My entire bread bill is covered by what I find in dumpsters.

“I never buy pastries, I very rarely buy salads or sandwiches so, in a good week, I could avoid going to the shop almost entirely.

“All I would be getting is my standard jug of milk and that is about it – and even still, sometimes you will find milk.”

'Pizza box only' bins installed in Blackrock and Dalkey