The Shelbourne Hotel in Dublin city is about to look very different, as it removes its famous rev...

The Shelbourne Hotel in Dublin city is about to look very different, as it removes its famous revolving doors.

The property on St Stephen's Green has got approval from Dublin City Council for the move.

As part of the changes, there will be modifications and alterations to the hotel's main entrance.

This will see the removal of the revolving doors with a new hinged, double entrance door with a fanlight and internal timber surrounds.

The curved step at the door will also be replaced with a new, larger step in front of the new entrance door. 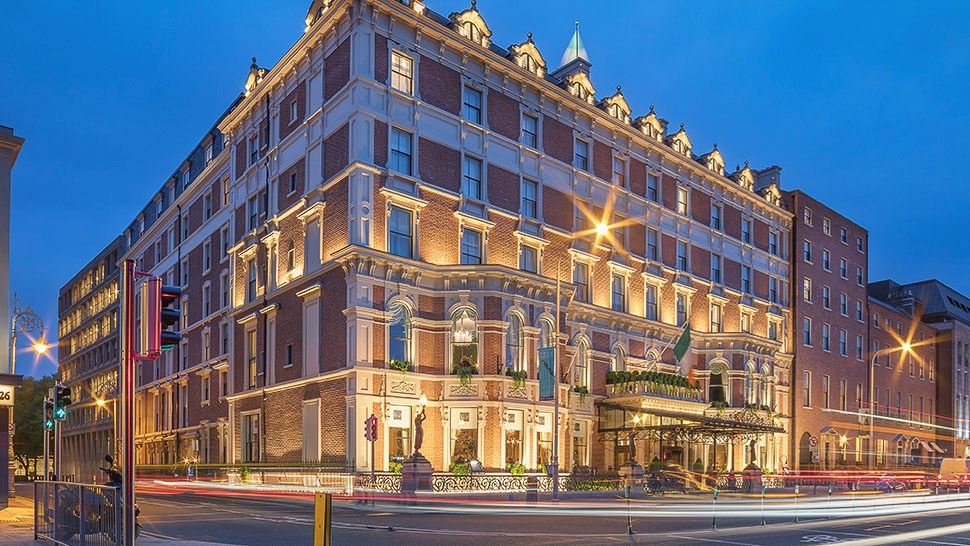 While brass handrails will also be added around the existing cast iron columns at either side of the main entrance.

One of the conditions attached to the permission says a conservation expert is to be used to design, manage, monitor and implement the works to the structure - which is protected.

There will also have to be "adequate protection of the retained and historic fabric during the works."

While the out-going revolving door, frames, glazing and fixings will need to be labelled, packed and stored in a temperature-controlled location elsewhere on site.

Another condition means that works can only be carried out on Monday to Friday between 7.00am and 6.00pm, and on Saturdays from 8.00am to 2.00pm. 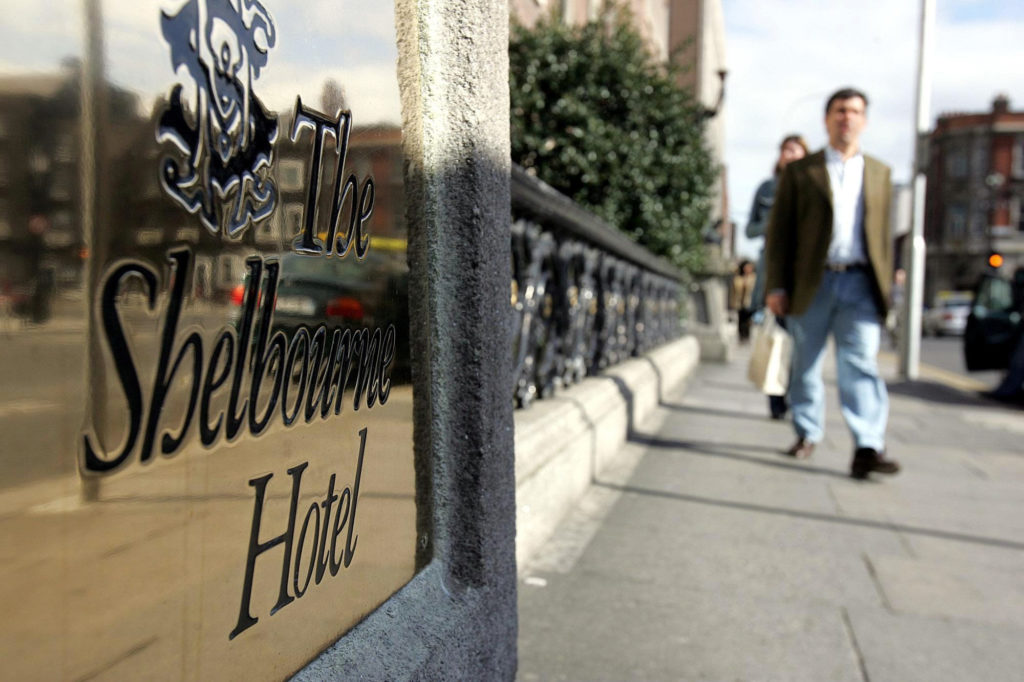 The Shelbourne - named after William, 2nd Earl of Shelburne - first opened its doors as a hotel in 1824.

It underwent a major refurbishment back in 2017.

It has played host to several famous guests - including Charlie Chaplin, Stan Laurel and Oliver Hardy, Clark Gable, John Wayne, Rock Hudson, Princess Grace of Monaco (for whom a suite is named after), Bill Clinton and Michelle Obama.

The Shelbourne is part of the Autograph Collection of hotels, which is owned by Marriott International.

The group owns six hotels around Ireland, including The Powerscourt Hotel and The Westin Dublin.