Around 200 people have taken to the streets of Dublin opposing the potential formation of a government involving Fianna Fáil and Fine Gael.

A coalition of groups is expected to join the march – insisting that the public signalled their desire for change in the General Election.

People Before Profit TD Bríd Smith is warning a grand coalition involving Fine Gael and Fianna Fáil is becoming increasingly likely and calling on the public to voice its support for a government of the left.

“The left are not going to give up on the idea that it is possible to form a government of change with a left minority government,” she said.

“We are still talking to each other, we are still looking at the details of a programme, and we do have a very good manifesto.

“But it does look increasingly like Fianna Fáil and Fine Gael, despite the pronouncements of discomfort on either side that they will move towards cobbling or stitching up some sort of a coalition.” 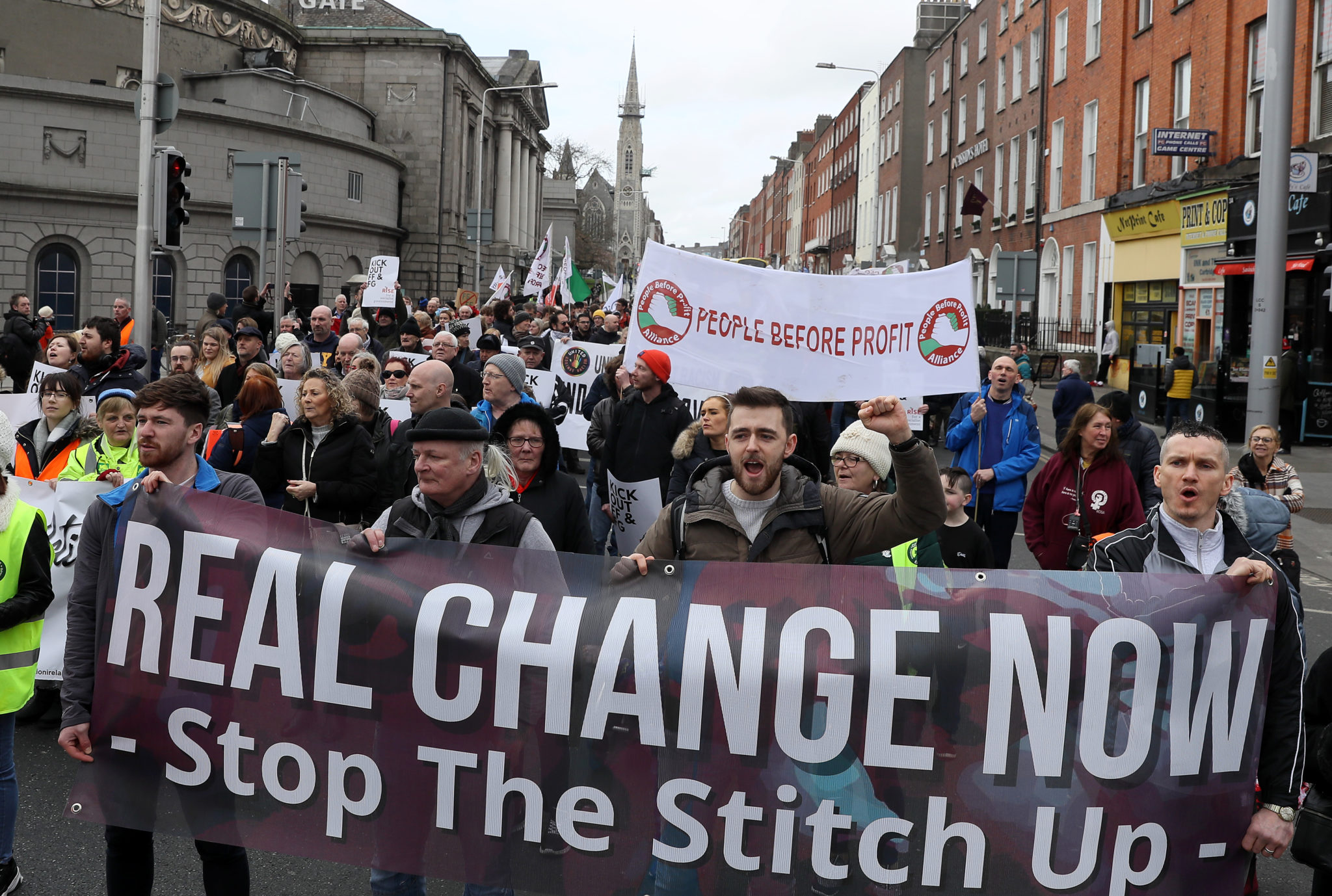 The protest got underway at Parnell Square at 1 pm this afternoon and marched towards Government Buildings.

“I was actually homeless myself for two and a half years with my children so since then, being in B&Bs and seeing what it is like for people on a daily basis and seeing more people on the streets and that number growing and growing, I just wanted to give something back and try and help,” she said.

“It is time for change. They are not progressing with what the people want and they are not giving us the things that we need.

“I think the Irish electorate has been completely ignored.

“Even the fact of Fianna Fáil and Fine Gael trying to have a stitch-up and go into coalition together is  ignoring over half a million voters.” 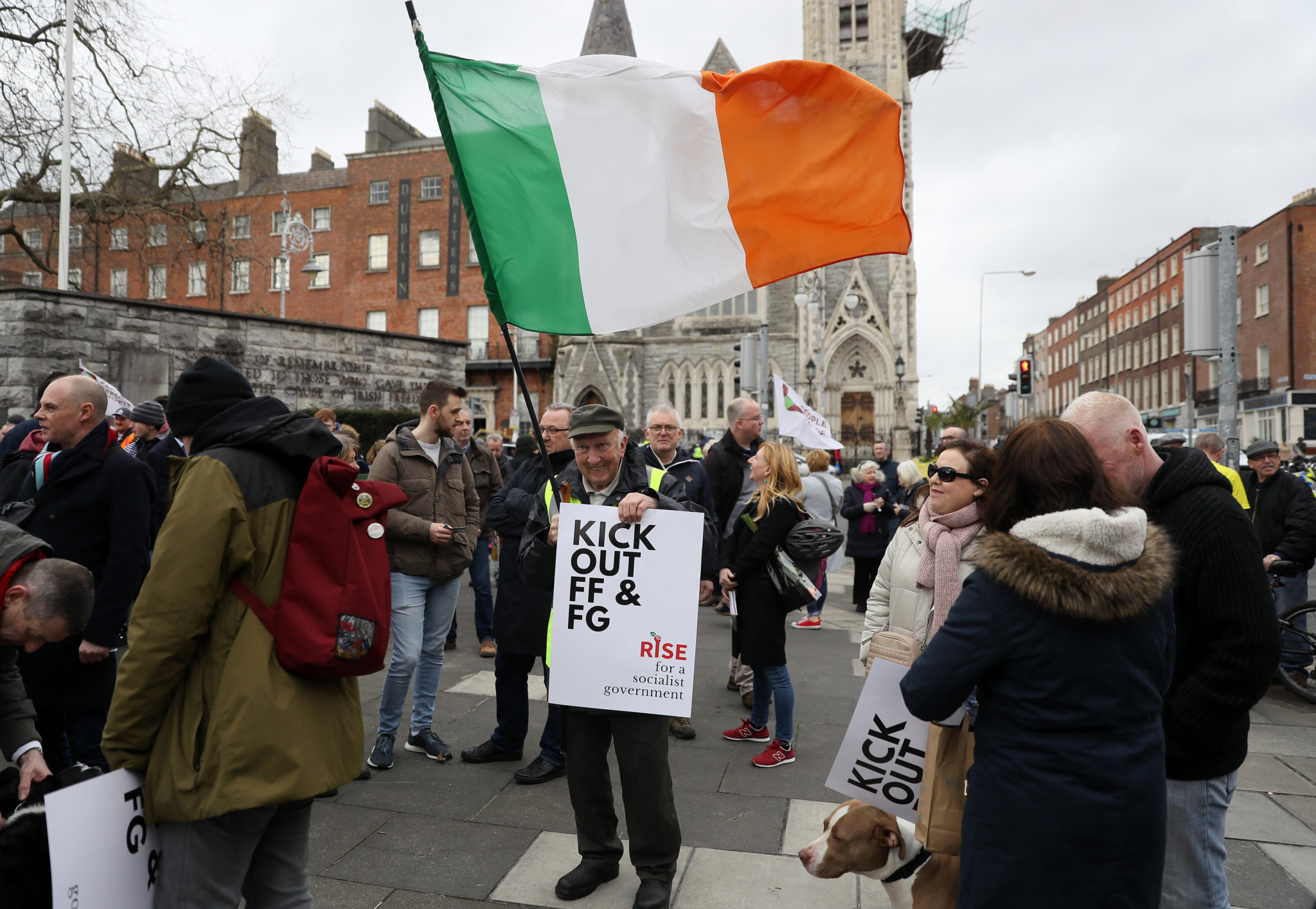 Ms Smith said left-wing parties have a mandate to try and solve the housing and health crises, while reducing the cost of living and taking action on the climate.

She said the thirst for change is undeniable.

“This is an expression of that desire for change which often is sought and comes from the streets.

“We saw that with the water charges, with the Repeal campaign; that is was a mobilisation of masses of people that forced whoever is in power at the time to recognise that that change is desired and required.”

At the General Election:

With reporting from Karen Tomkins in Dublin City Centre