Dublin named as one of the worst cities for car drivers

Dublin has been named as one of the worst cities in the world to be a driver. A new report from m...

Dublin named as one of the worst cities for car drivers

Dublin has been named as one of the worst cities in the world to be a driver.

In international comparisons, the Colombian capital Bogotá is the city with the highest losses in terms of traffic - with drivers stuck in their cars for a total of 272 hours a year.

This is followed by Rome, Dublin and Paris - while London, Mexico City and Moscow also have less congestion than the Irish capital.

The data is seen as a first step in getting traffic jams under control.

"Using large amounts of data to create intelligent transport systems can be a key to solving urban mobility problems", the company says. 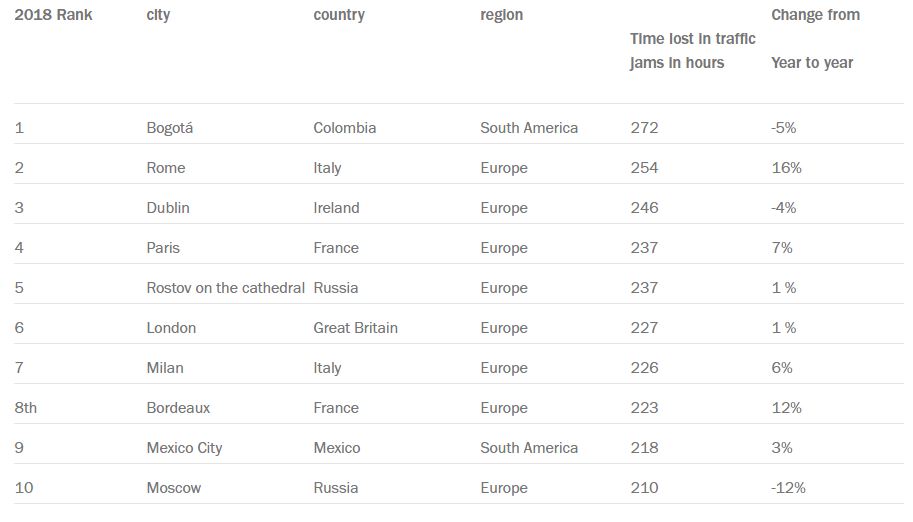 Associate professor at Trinity College Dublin, Dr Brian Caulfield, has previously addressed the Citizens' Assembly on the future of transport.

He told Newstalk Breakfast slow speeds as a result of the congestion are influencing the results.

"It's the slow speeds and the time that's been lost.

"One of the things that you can look at this in a positive way is that it shows people how long they're spending in their cars alone - I think the report says something like 10 days a year."

"But if you look at the average bus speeds in the city (which) are around 15 kilometers an hour, which is a good bit faster than sitting in your car - so it kind of gives that comparison to people that are making their choices on how they commute".

On public transport itself, he says: "If there were more options available, people would have more viable alternatives to get out of their car and on to public transport.

"One of the things I always say is that we have a space problem when it comes to transport, not really a transport problem.

"And the amount of space we dedicate to the private car is limited, because we have to dedicate more space to mass transit to get more people into the same vehicle".