A Dublin man says a doctor's stark warning finally convinced him to seek help to kick his cocaine...

A Dublin man says a doctor's stark warning finally convinced him to seek help to kick his cocaine addiction.

34-year-old Steve Golding is now three years sober, and wants to assure people help is available if they're in the same situation.

He told Andrea: “I would have drank in my early teens, but it wasn’t a regular thing. For me, it would have been secondary school where I started taking drugs and drinking more frequently.

“The reason was basically peer pressure - just wanting to fit in with the crowd I thought were cool. We would have started smoking hash at the time down at the back of the school… it escalated from me there very, very quickly.

“I came from a family where there was no addiction… it was a really big shock for my family when that stuff started happening."

When he was around 16, Steve started taking ecstasy at the weekend, and the drug-taking began to become a far more regular thing.

Eventually he was thrown out of family homes because of his behaviour, and found himself owing money to drug dealers.

He said: "“I would’ve been homeless then… it was ‘now I’ve nobody to stop me, and no reason not to be drinking and taking drugs every day’.

"It just escalated then: there was nobody stopping me.”

While Steve travelled to Wales for rehabilitation around 12 years ago, he believes he wasn't doing it for the right reason.

He said: “I wasn’t really ready to stop. I had charges… I was looking at time in prison.

"I said I had to give this a go… but when I came back the cocaine cheaper and was really accessible to me. That’s when it really escalated… any time I could get my hands on it, basically, I was using it.

“When I was at my worst, I was on it every single day. The minute I woke up, that’s all I wanted to do.”

At points during his addiction, Steve said he went days on end without proper food or sleep.

He had some jobs and would do favours to make money - but no matter what, the drugs were always around him.

He said: “Before I went in for treatment when I got clean for the last time, I would have been using in my mother’s box room.

"I had a roof over my head, I had food downstairs anytime I wanted it… but where my mental health had gone was the lowest I’d been. I was very paranoid, I didn’t want to interact with anyone… the guilt and the shame.

"My mother and father were downstairs, and they may as well have not even been there because I wasn’t talking to them at all. I was just staying in my room.” 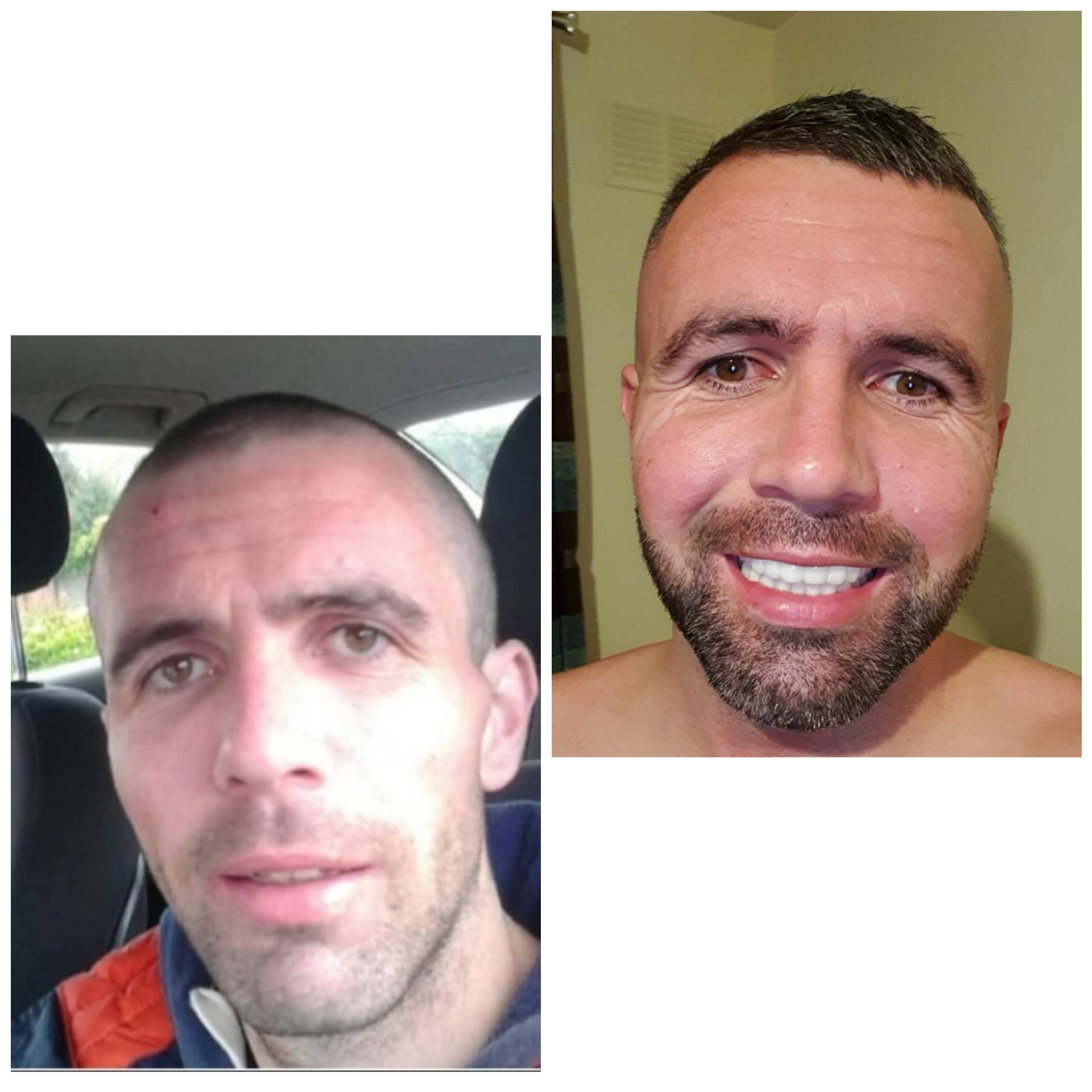 Steve began experiencing health issues such as pains in his chest, and found himself winding up in hospital on several occasions.

Eventually, a doctor had a very stark warning for him.

Steve recalled: “The doctor told me ‘you have to stop doing this… stop using it or something really bad is going to happen to you’.

"I got out of hospital one night, and I knocked on my sister’s door. I put my hands out and asked for help - that was the first time in my life I really asked for help.

He said his first visit to the site and talking to the people there was the first time he felt hope.

While the rehabilitation process was often difficult, he got through it - and around two weeks ago marked three years being clean.

He said: “Today, I just have people in my corner who support me - I know I can pick up the phone and ring somebody if I’m struggling. I have a sponsor, and he’s seven year clean… he’ll try his best to give me advice.

“Now I’ve worked, I’ve been through college courses, I have my own apartment now. I’m back working in the treatment centre that I was a client in.

“The sky’s the limit when you get clean."

Steve was due to start a community and youth work level eight college course in Maynooth, but has deferred that until September due to the pandemic.

With his relationship with his family now better than it's been since he was a child, Steve said he's learned that it's very hard to help addicts until they want to get help themselves.

Recent rise in problem gambling could just be 'tip of the iceberg', counsellor warns