The leader of Sinn Féin has said a State commemoration of the Royal Irish Constabulary (RIC) sho...

The leader of Sinn Féin has said a State commemoration of the Royal Irish Constabulary (RIC) should be cancelled.

The call from Mary Lou McDonald came after Dublin City councillors voted overwhelmingly to boycott the upcoming event for the RIC and Dublin Metropolitan Police.

Councillors voted on Monday night by 38 to 10 to boycott the planned event on Friday week at Dublin Castle.

It read: "That this council will not participate or have representation at the events to commemorate the Royal Irish Constabulary and the Dublin Metropolitan Police at a ceremony in Dublin Castle on the 17th January."

Several politicians have voiced their objections to it - with many pointing to the organisations' involvement with the 'Black and Tans.'

The Mayors of Clare, Galway City and Cork City have all indicated that they will also boycott the event.

Justice Minister Charlie Flanagan has said the commemoration is not a celebration.

And Taoiseach Leo Varadkar has suggested: "We should respect all traditions on our island and be mature enough as a State to acknowledge all aspects of our past."

We should respect all traditions on our island and be mature enough as a State to acknowledge all aspects of our past.

"The Royal Irish Constabulary and Dublin Metropolitan Police were not merely police forces - as the Minister for Justice seems to think - but they had a specific role in upholding what was oftentimes martial law and suppressing the will of the Irish people for self-determination and national independence.

"In no other State would those who facilitated the suppression of national freedom be commemorated by the State and I am calling on the government to cancel this proposed State commemoration.

"It is those who resisted British rule in Ireland during the Tan War and citizens that suffered at the hands of the those that maintained British rule who the State should be commemorating, not the RIC or the Black and Tans."

Dublin City Councillor Cieran Perry said he believed the majority of Irish people are fundamentally opposed to commemorating 'those we see as enemies of Irish independence'.

He said: "The RIC and DMP comfortably fit that description. Both forces were known for their brutality across the 32 counties of the country.

"This event questions the very legitimacy of our battle for independence and the sovereignty of our country."

He added: "This was the force that supervised the eviction of thousands of impoverished people from their homes leaving them destitute on the roads or inside the workhouse."

"Only a subservient Government suffering from a post colonial state of mind and ashamed of our revolutionary history would encourage this disgraceful event." 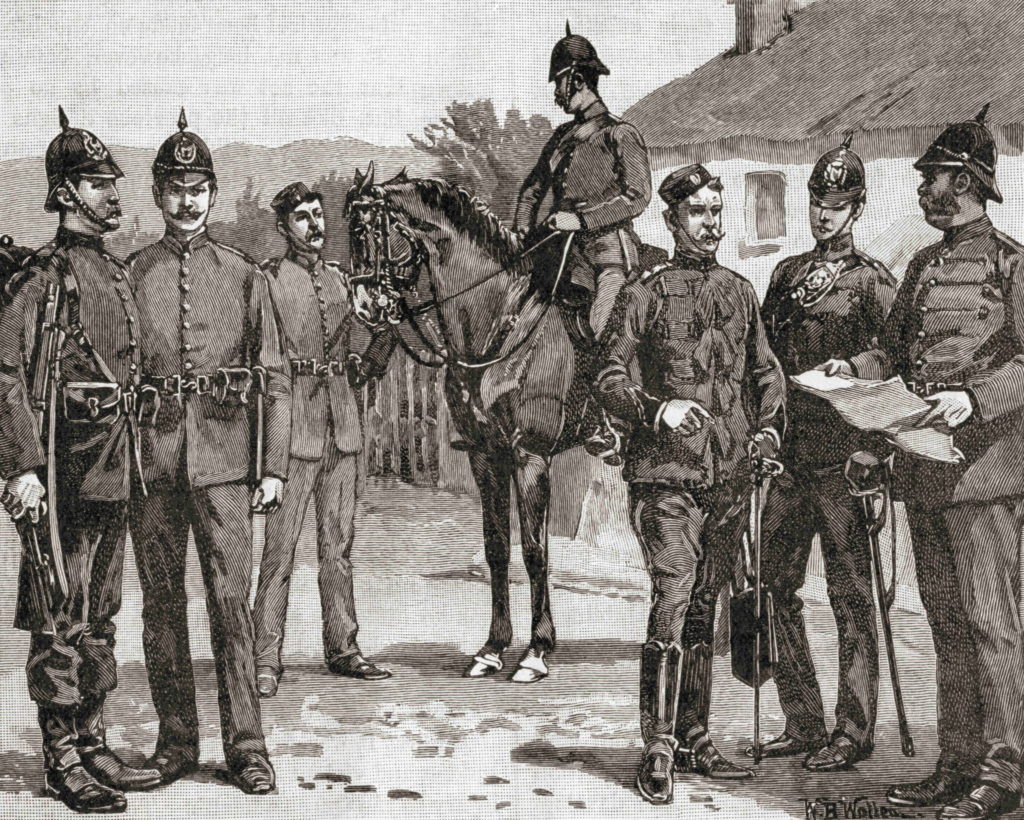 Independent TD Mattie McGrath described the proposed commemoration as an act of cultural and historical insensitivity.

He said: "The decision to commemorate the RIC in this way is almost incomprehensible for those of us with strong and vibrant links to the authentically Republican traditions of this State.

"In fact, it was entirely inappropriate for the Minister for Justice, Charlie Flanagan, to accuse those of us who will oppose these events as people who want to take "a step backwards to a more narrow-minded past."

"This is the kind of typical, patronising commentary we have become accustomed too from a Fine Gael elite who are out of touch with the enduring and painful legacy of the War of Independence."

"What is also deeply frustrating about this particular controversy is the manner in which it will overshadow or even eclipse so much of the excellent work that communities have been engaging in; in terms of honouring the heroic sacrifice made by their loved ones during that traumatic period of our history." 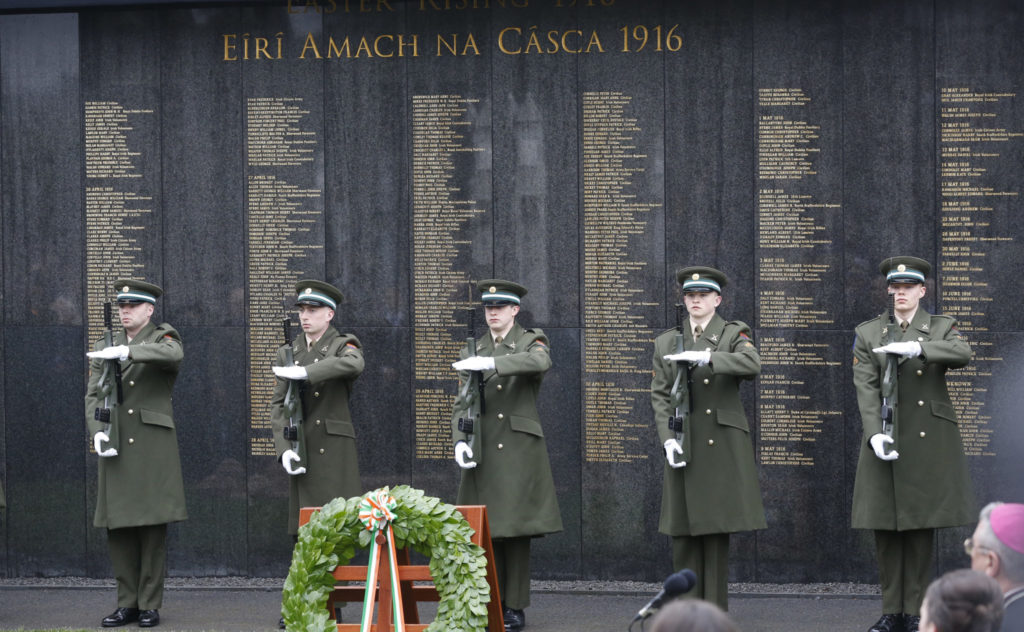 Members of the Irish Defence Forces at an interfaith service at the Remembrance Walls at Glasnevin Cemetery, Dublin in 2016 | Image: RollingNews.ie

And Councillor Nial Ring said: "This was the police force that brutalised and murdered workers in Dublin during the 1913 Lockout. This was the force that identified those to be executed after the Easter Rising.

"This was the force that supervised the eviction of thousands of impoverished people from their homes, leaving them destitute on the roads or inside the workhouse.

"That this obscene event is taking place is not only an affront to generations of patriots who struggled to end centuries of imperial tyranny but it seeks to question the very legitimacy of our battle for independence and sovereignty."

He also said: "Commemorating the forces who were in place to enforce British rule, oppress Irishmen and Irishwomen fighting for freedom and collude with the Auxiliaries and Black and Tans to murder innocent civilians would be an insult to the memory of those who fought for Irish freedom".

Councillor Ring added that his own family "had direct contact with the RIC, especially on Bloody Sunday, when they took an injured boy from Croke Park.

"Joe Traynor (19) bled from his two bullet wounds to death on our kitchen table... and my family left his body on Ballybough Road for collection by ambulance that evening."

The RIC, which had a strength of up to 10,500, was in place in Ireland until 1922 when the Irish Free State was established.