The Health Minister has said he expects all COVID-19 restrictions to be lifted this side of Chris...

The Health Minister has said he expects all COVID-19 restrictions to be lifted this side of Christmas.

That would mean nightclubs could reopen and live events could resume.

The National Public Health Emergency Team (NPHET) is meeting tomorrow to consider the advice it will present to Government next week.

Cabinet will then be asked to sign off on the next roadmap for reopening which is due to be published next week.

Speaking at the COVID testing and vaccination centres at Croke Park in Dublin this morning, Minister Stephen Donnelly said the basic advice like mask-wearing and hand-washing was likely to remain in place for the foreseeable future.

He said he would like to see all other restrictions lifted as quickly as possible.

“What we want to do is provide real certainty for people,” he said.

“It has been brutal year and a half. Most of society and most of the economy is open but we are aware that there are still parts that aren’t and that have suffered hugely.

“What we want to do is help them open as quickly as possible, make sure that when they do open, they can stay open and give them clarity as to when that can happen so they can plan accordingly.

“Obviously, specific dates are something we would be looking to NPHET for and will be discussing at Cabinet but yes, certainly the view would be that we would be open this calendar year, yes,” he said.

Minister Donnelly said he fully understands the sector’s frustration and said Government needs to do “everything it can” to reopen live events as soon as possible.

“What I want to see and what we all want to see is an increase in the capacity for live events,” he said. “I think those in the music industry are asking very reasonable questions.

He noted that the music and entertainment sector needed to open indoors as well as outdoors. 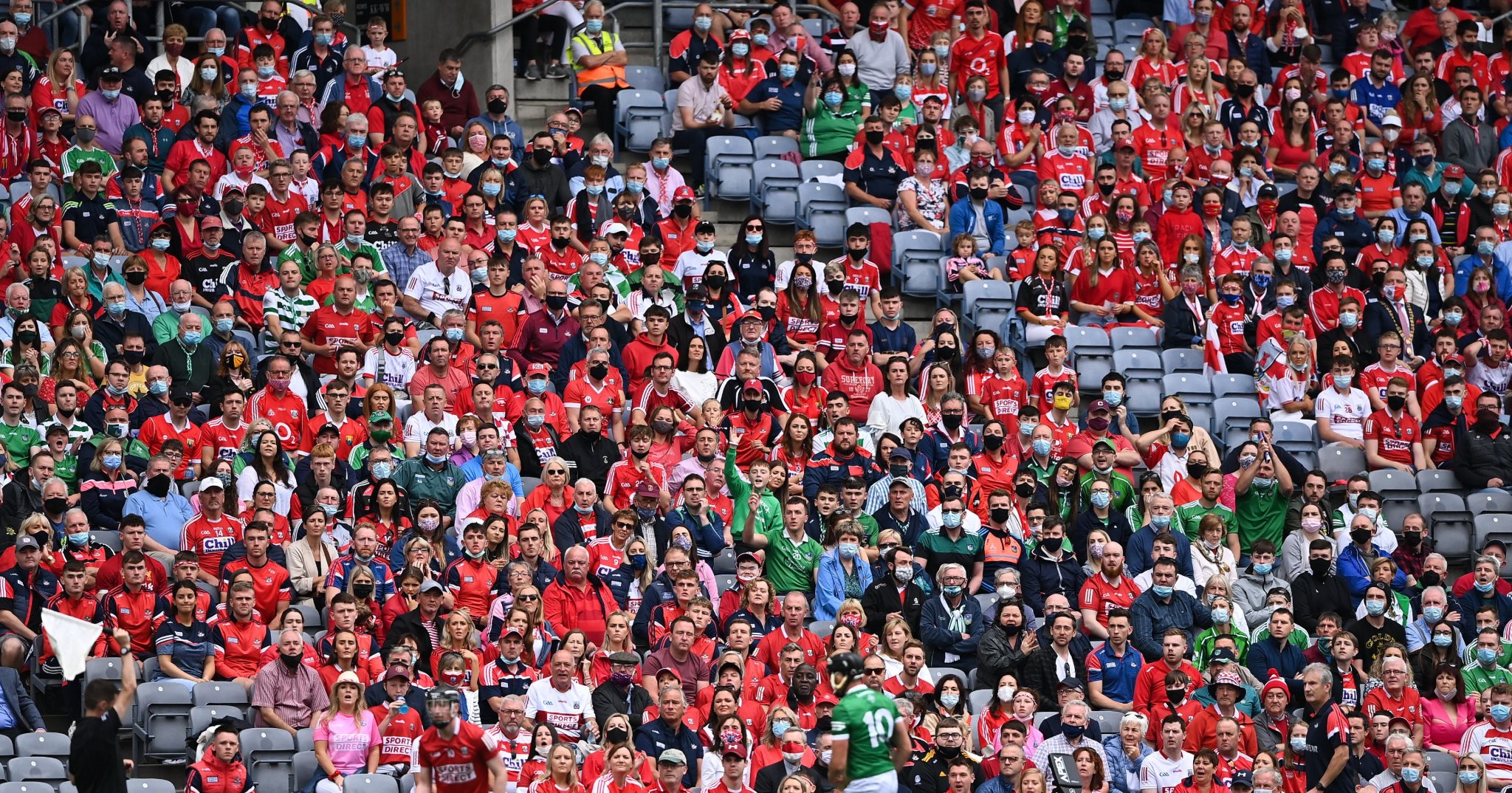 “I think the event itself was well-run,” he said. “I know the GAA and other sporting organisations have put a huge amount of work into the events themselves.

“The public health concern consistently has been around what happens before and after the events and I think it is fair to say I was concerned at some of the footage we saw after the event in terms of people being very closely together without masks.

“Our concern really is for those people themselves and for their families, friends and the people they are going to meet.”

He urged people attending large events while the Delta variant is circulating not to let their guard down, particularly if they are not fully vaccinated.

He said anyone concerned for their safety after attending the match should go and get tested.

“The advice is for people who feel symptomatic get tested,” he said. “Also, for people who have been in an environment where they feel there might have been a risk - and that would include if there was a lot of people around even outdoors but very close contact for a prolonged period of time - certainly the advice would be absolutely.

“It is free, it is quick, there are testing centres all over the country. We have got drive-thru centres as well and really all you are doing is, it is a bit of peace of mind for yourself but also for your friends, your family, for your work colleagues to just keep everybody safe.”

He said people should use their own individual judgement on whether to get tested after attending the match.