Defence Forces uniforms flying off the shelves in US online stores

Uniforms issued by the Irish Defence Forces are being sold online in the US because of “how cool it looks.”

Defence Forces uniforms flying off the shelves in US online stores

Irish Defence Forces uniforms are being sold online in the US because of ‘how cool they look’.

Respect for the military has long been an integral part of US culture and it seems many Americans are keen to get their hands on items of clothing once worn by Irish troops.

“Specifically, Irish camouflage is popular here in the United States just because of, well frankly, how cool it looks,” he told Newstalk.

“It’s the collectors’ market, meaning that the people who purchase it are generally camouflage collectors or people who just like the way it looks.”

Mr McGrath said the store does not sell the clothing to people living in Ireland or the rest of the EU because of “justifiable security concerns.”

Retired army officer and Senator Tom Clonan said there has historically been a good reason why the State does not want civilians wearing military clothing.

“During the Troubles, we did have subversives, members of the Provisional IRA and other groups, that would actually acquire both Garda and Defence Forces uniforms,” he told Newstalk Breakfast.

“In some cases [they] set up false checkpoints to abduct people and kidnap them and hold them for ransom and carry out other acts of terrorism.

“So, it is an offence under the Defence Acts here to wear any item of Irish Defence Forces uniform. It’s a similar offence for a Garda uniform.” 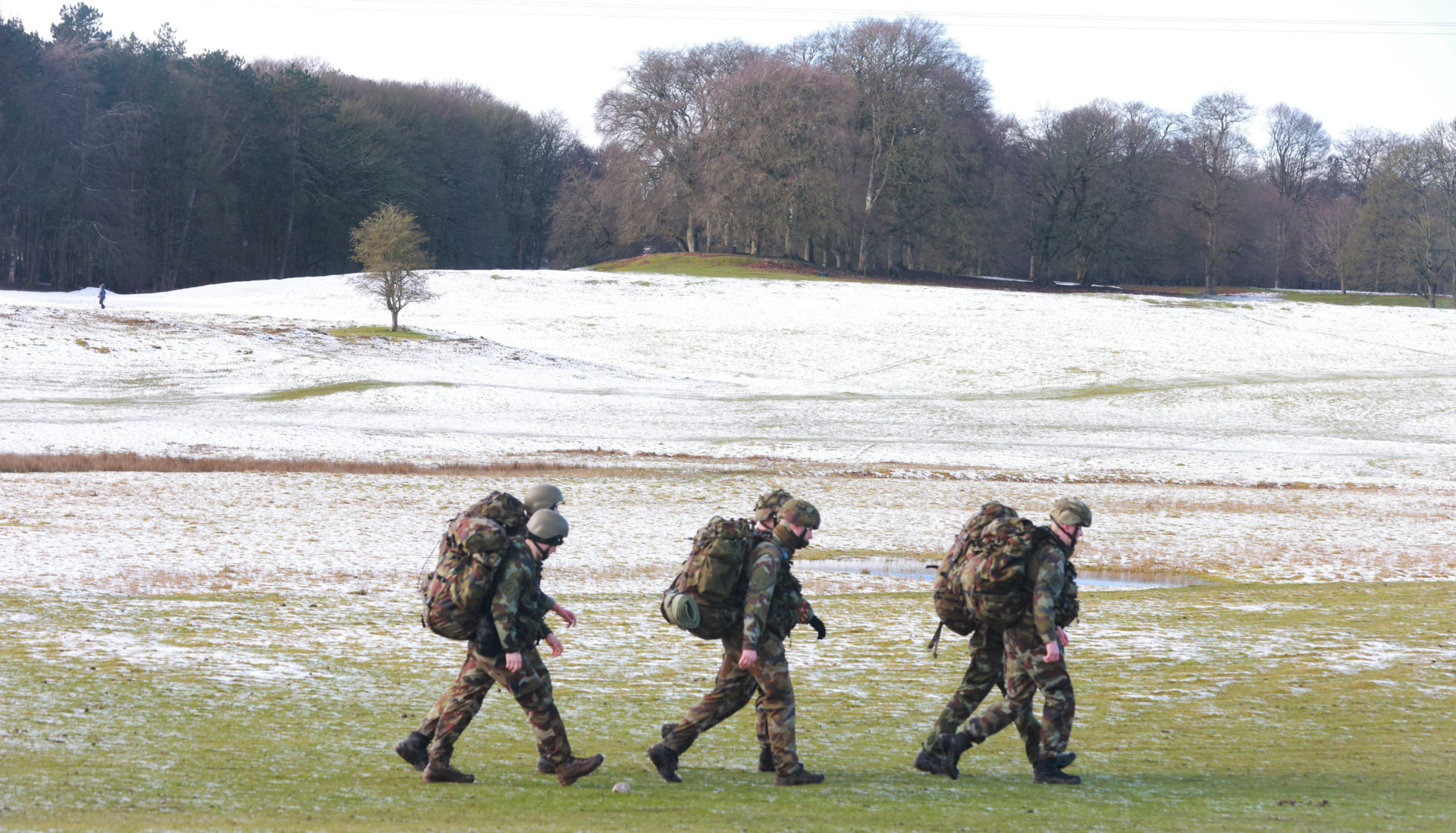 Many militaries around the world do not give clothing away - even to serving troops - and expect items to be returned once they are no longer needed.

“When you’re issued your combat uniform, you sign for it and it’s quite clear on the documentation that every item of clothing is the property of the Minister for Defence,” Senator Clonan said.

“It remains so even though you’ve signed for it and taken possession of it, but it is the property of the State and it should be returned to the State.”

Still, from time to time, he does spot people wearing the odd item of clothing once worn by members of the Defence Forces.

“I’ve often seen people on building sites or coming out of jobs wearing maybe a pair of combat trousers,” he said.

“It would be hard to enforce that because what do you do? Do you call the Guards and say: ‘There’s a carpenter there wearing a pair of combat trousers.’”