While long retired from frontline politics, Lord Trimble’s legacy as one of the main architects of the Good Friday Agreement meant that his death saw tributes flood in from politicians of varying ideological persuasions.

President Michael D Higgins, Taoiseach Micheál Martin and Prime Minister Boris Johnson all travelled to Lisburn, County Antrim for the funeral and across Ireland and Great Britain flags flew at half-mast in his honour.

Very humbling to be in Lisburn today remembering the extraordinary life of David Trimble. His principled determination to forge a better future for all marks him out as one of the giants of our history.

My thoughts remain with Daphne and the whole Trimble family.

'History will be exceedingly kind to David'

"The reward for all of us has been a radically changed landscape here in Northern Ireland, which has saved many lives and allowed a generation to grow up in relative peace," The Reverend Dr Charles McMullen told mourners.

"As so many have said over these past few days, history will be exceedingly kind to David, even if life brought many unrelenting pressures and demands."

"Can we use this service today, in a fitting tribute to one of the great, to redouble our efforts on this island home of ours?” he added.

"With courage, pragmatism and generosity of spirit, may our politicians engage wholeheartedly in resolving the outstanding issues surrounding the Northern Ireland Protocol, so that our democratic institutions are quickly restored and we can all move forward together." 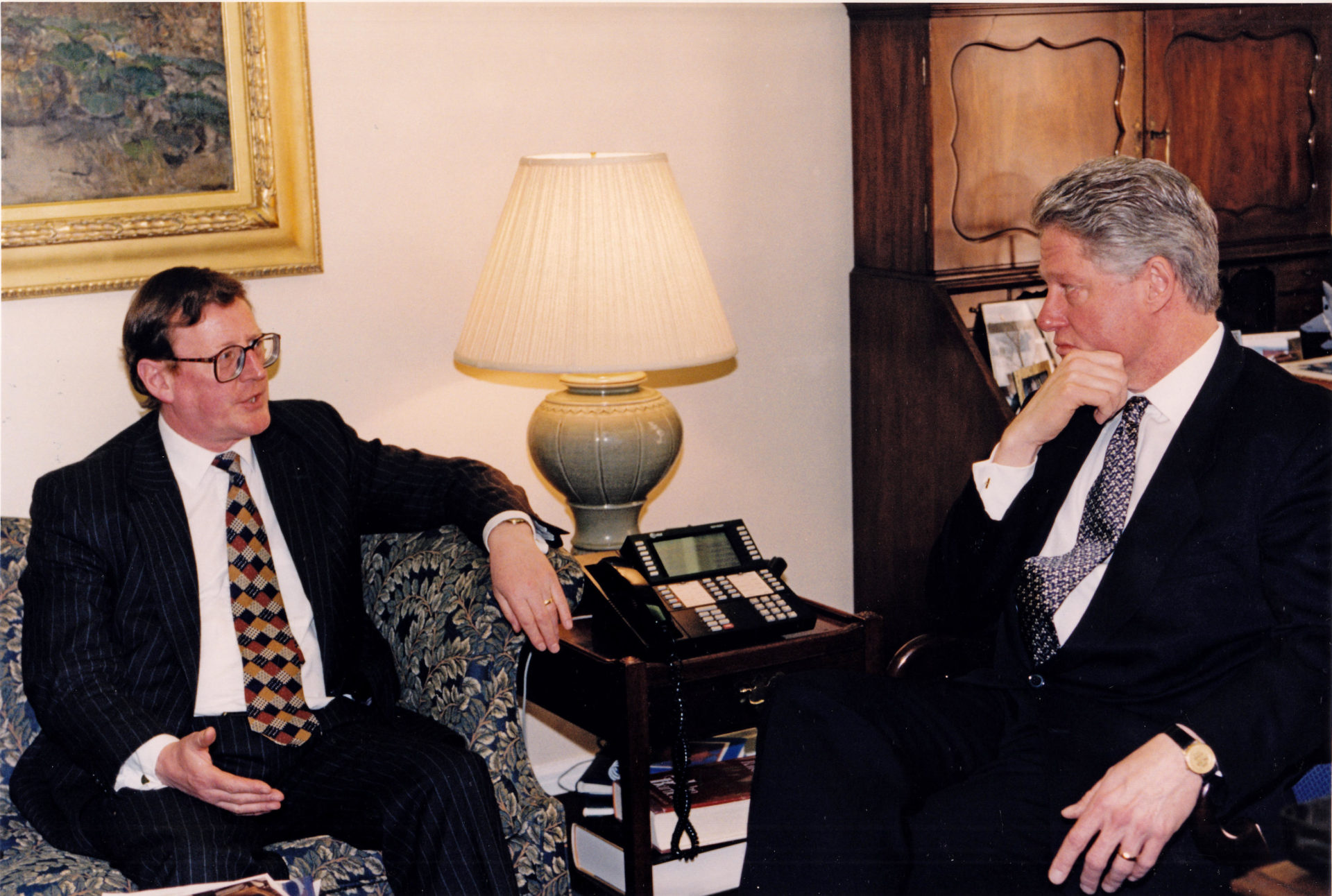 Speaking to Newstalk ahead of the funeral, former UUP Deputy leader, John Taylor, said that he left behind an impressive legacy:

“It [the Good Friday Agreement] was a fantastic achievement,” he enthused.

“And we owe much to David Trimble for that achievement and the peace that it has given us for 25 years.”

Former British Prime Minister Sir Tony Blair revealed this morning that he had written to Lord Trimble in his final illness when he was too ill to take a final phone call.

"I think what’s important is that people understand not just the huge contribution that David Trimble made to peace in Northern Ireland – because the peace process could not have happened without him, that’s just a simple statement of fact – but also some recognition of the character it took to withstand all the criticism that he got, the threats against his own life that were made,” he told the BBC.

"In times where people search for an example of genuine political leadership, his is a very good example.”