The musician David Gray has revealed he is on a mission to save one of Ireland’s most elusive a...

The musician David Gray has revealed he is on a mission to save one of Ireland’s most elusive and endangered species - the curlew.

Known in Irish as an crotach, it is the only species of bird in Ireland on the IUCN Red List of Threatened Species and there is a very real possibility that its haunting cry could disappear from Ireland’s mountains and bogs forever - something Mr Gray is determined to prevent:

“I’ve always been avidly fascinated and in love with the natural world ever since I was a little boy,” he explained to The Pat Kenny Show.

“I identified a curlew early on in my life - I don’t know how old I was - but they’re quite an easy bird to get in the memory bank because they’re large, they’ve got this hueg curved bill but then you hear them sing and that’s another thing that marks them out.

“They mark the landscape with this incredible sound… They’ve been a favourite all my life.”

Mr Gray is on tour in Ireland this week and has selected Curlew Action as his chosen charity.

“I’m hoping that people give generously because I feel rather desperately about the loss of wildlife that we’re experiencing within our lifetime.

“And it’s more than birdsong, we’re talking about something that seems like the essence of the wild itself.

“If we lose these speaking voices our own voices will become more impoverished as the land is starved of their magic.”

“When a curlew sings to me it’s a transcendent yearning that you kind of experience when you hear this kind of keening sound.

“And I think if Yeats or Heaney were to try and match the curlew in speaking about life they’d struggle.

“If we were about to lose their works from the face of the earth I think we’d feel rather desperate about that.

“So to me it’s of equivalent value.”

WHAT A NIGHT! Our Patron, @davidgray, kicked off his world tour last night in Belfast! David has chosen Curlew Action as his charity for the tour and one of our team members was there to chat to guests about what we do. Dave's Curlew Action donation page: https://t.co/mrAgbXrH53 pic.twitter.com/8UulbUNWJs

'The numbers are miniscule'

Over the generations the numbers of curlews have shrunk due to loss of habit, changes to the way we farm and, consequently, a dramatic fall in their birth rate. The birds have clung on in only nine small areas of the country and in five of those areas no chicks fledged in 2021.

“In many of those areas the number of curlews are just handfuls of pairs,” Mary Colwell from Curlew Action explained ruefully.

“So it sounds like nine areas when you reel it off like that… but the numbers are miniscule. Tiny, tiny numbers.” 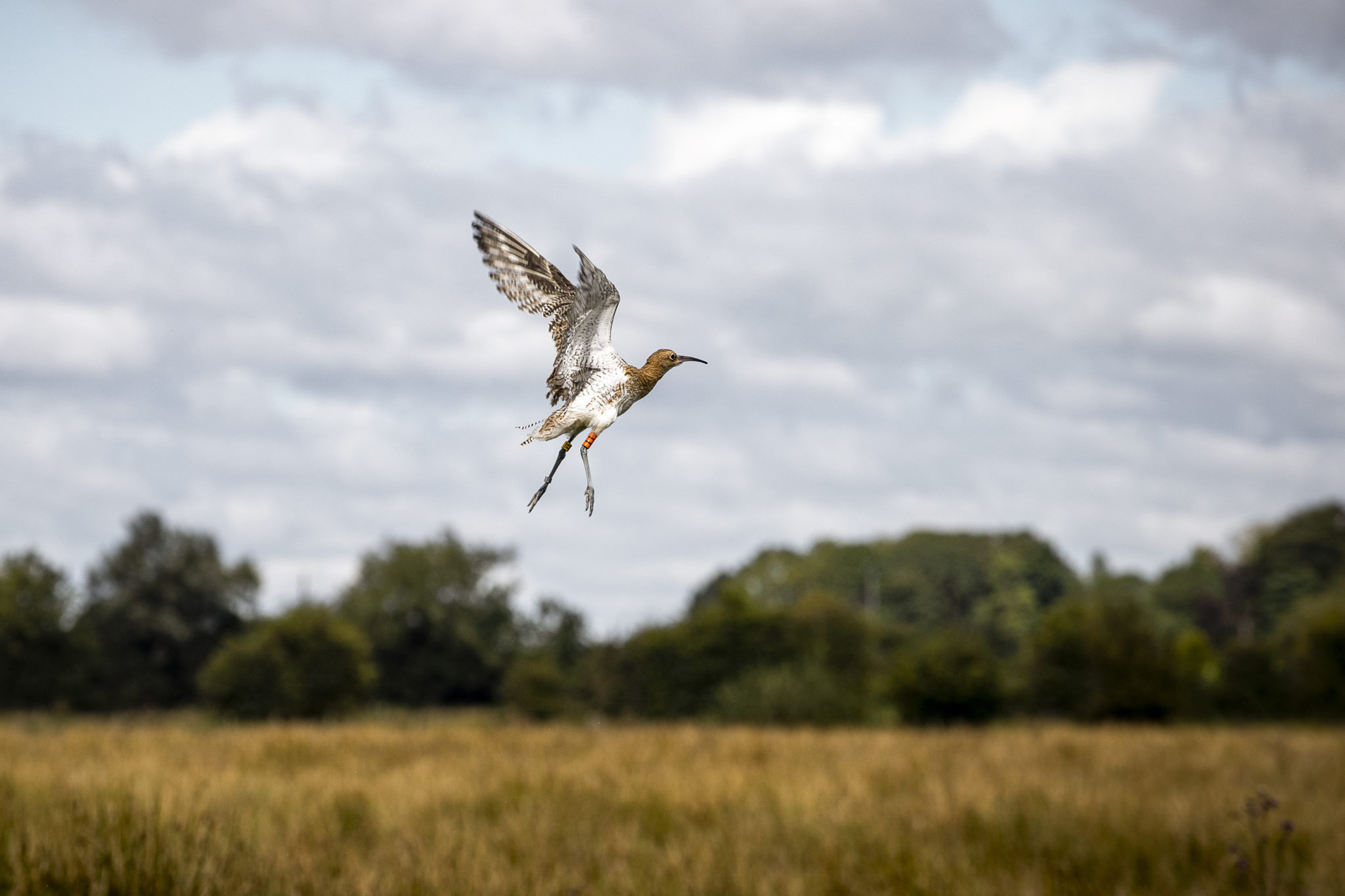 A young Curlew in flight after being released into the wild around Lough Neagh, 02-09-2020. Image: Liam McBurney/PA Wire/PA Images

Researchers are investigating whether many of the pairs have become too old to breed but Ms Colwell says habitat loss is the main threat to the curlew’s existence:

“The main problem is grass cutting, silage, forestry, the way we use the land, predators. Those are the things that are really impacting on them.”

A fantastic start to our tagging work. Two of our most elusive Leitrim birds tagged and color ringed. 👏@EcologicalKrc Their chances of successful breeding now greatly improved this yr. pic.twitter.com/nSfPI1Ttqf

The solution, she believes, is to allow nature to properly flourish across the country - instead of just restricting it a few select areas.

“The way to think about it, is to fold the conservation of the curlew into the way we live and if we set things aside, if we set a piece of land aside, what often happens is it becomes a sink,” she continued.

“You make a lovely bit of habitat for a species and then others think, ‘That’s great, I’ll go in there.’

“And then you get a concentration of birds which is very easy to wipe out. So that’s not a great way of doing it.

“The best way of doing it is to fold wildlife into our lives in a very natural way and that might mean leaving some fields uncut till later in the year.

“That might mean doing some targeted predator control for a few months of the year… but it’s better if we tackle it as a whole rather than try and just squeeze wildlife into little pockets.”