James O'Flaherty funeral: ‘Cherish your family, they won't be there forever'

Hamish O'Flaherty received a standing ovation after speaking at his father's funeral.

James O'Flaherty funeral: ‘Cherish your family, they won't be there forever'

The young son of James O'Flaherty has told mourners at his funeral to cherish their families, because they “won’t be there forever.”

James is the third of the ten Cresslough victims to be laid to rest in Donegal.

12-year-old Hamish O’Flaherty told the congregation: “Be grateful for your lives, our families, our friends and our homes”.

He said his father was a “great man” who believed people should enjoy their time together and the gift of life.

“He worked very hard and very long each day, whether it was around the house or at work,” he said.

“He wore a jacket with a huge paint stain on the side of it everywhere. He managed this by leaning on a wall which was still wet with paint.

“He wore that jacket everywhere. To the shops, to the movies, to the beach.” 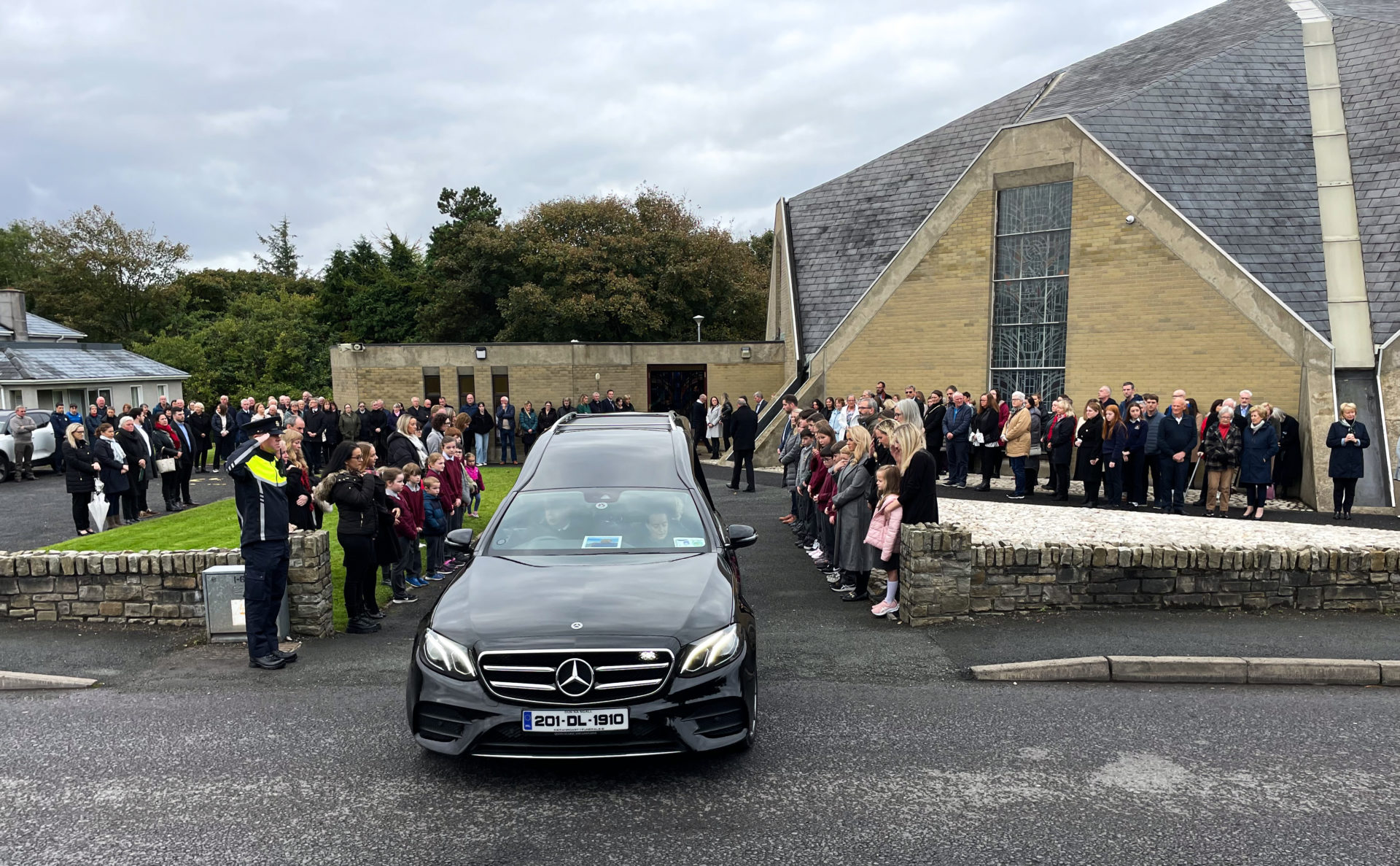 Hamish also thanked the emergency services, “who were there within 15 minutes and also came to the wake."

He urged people to cherish their moments with their loved ones.

“We should be grateful,” he said. “For your families – cherish them, be grateful for they won't be there forever. Use the time you have wisely.

“Also, be grateful for your life because that too will not last forever.” 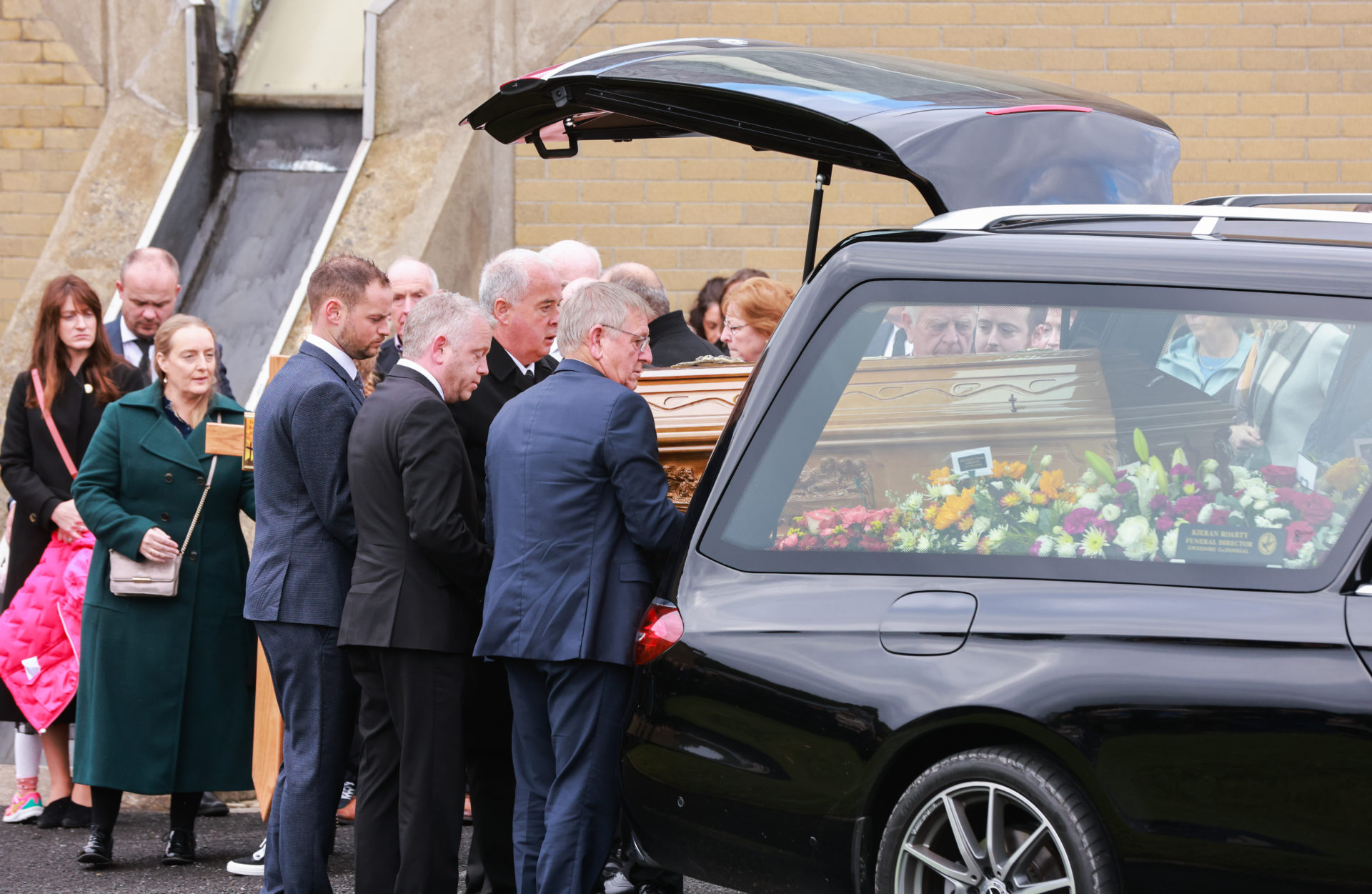 As Hamish stepped down from the altar, there was a standing ovation around the church.

The requiem mass for Mr O'Flaherty took place at Teach Pobail Mhuire in the Gaeltacht village of Na Doirí Beaga.

The 48-year-old engineer, originally from Sydney, had been living in Dunfanaghy with his wife and son.

He was one of ten people who died in Friday’s explosion in Creeslough.

His son Hamish was in the car when the explosion happened.

"The way that they are holding together is a great example." President Higgins gives his message to the people of Creeslough and Donegal, after attending the funeral of James O'Flaherty, one of the victims of the tragedy. pic.twitter.com/dDHmSXRBKQ

Pupils from Faugher National School, which Hamish attends, provided a guard of honour as his father’s remains were brought into the church.

Gifts including a Roald Dahl book were brought up to the alter. Hamish and his father had been reading the book together.

A box of chocolates to represent James’s sweet tooth was also brought up. 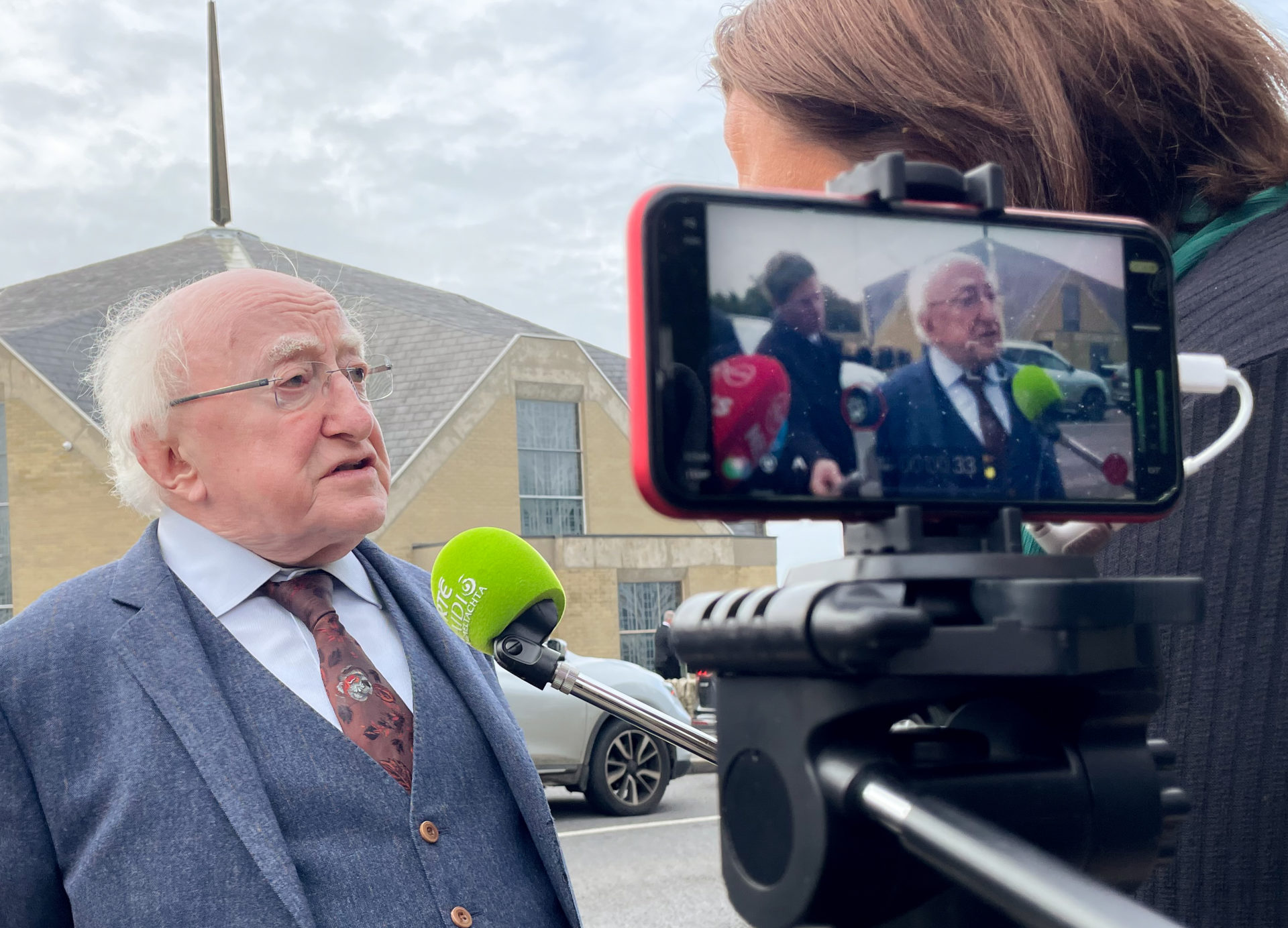 The funeral of Catherine O’Donnell and her 13-year-old son James takes place this afternoon in Creeslough.