The number of women seeking help for crack cocaine use has surged by 80% in the last three-and-a-...

The number of women seeking help for crack cocaine use has surged by 80% in the last three-and-a-half years.

The latest report from the Health Research Board (HRB) shows that the number of people entering treatment for crack cocaine use has increased by 400% since 2014.

It finds that nearly 69,000 people entered drug treatment in Ireland in the last seven years.

While opioids like heroin remain the most common problem drug, cocaine was the primary issue for one-in-four cases last year.

Just over 2,600 people were treated for cocaine issues last year, a three-fold increase on 2014.

On Newstalk Breakfast this morning, HRB Research Officer Dr Anne Marie Carew said 16% of the people seeking help for cocaine use were on crack – a 400% increase in the last seven years.

“The most common form of cocaine we see in Ireland is powder cocaine,” she said. “Crack cocaine is far less common than powder cocaine but it is the other main type we see.

“The number of cases treated for crack cocaine use are increasing and last year it accounted for 16% of all cocaine treatments and we have seen this number increase year-on-year.”

She said there are “notable distinctions” between people reporting problems with powder cocaine and crack cocaine.

“In general, those that are seeking treatment for powder cocaine are men, aged in their 30s, in paid employment and they are also likely to be using alcohol as an additional drug,” she said.

“Crack cocaine users are more likely to be unemployed and to be homeless. They are typically older and we are also seeing in our data that there are higher rates of women.” 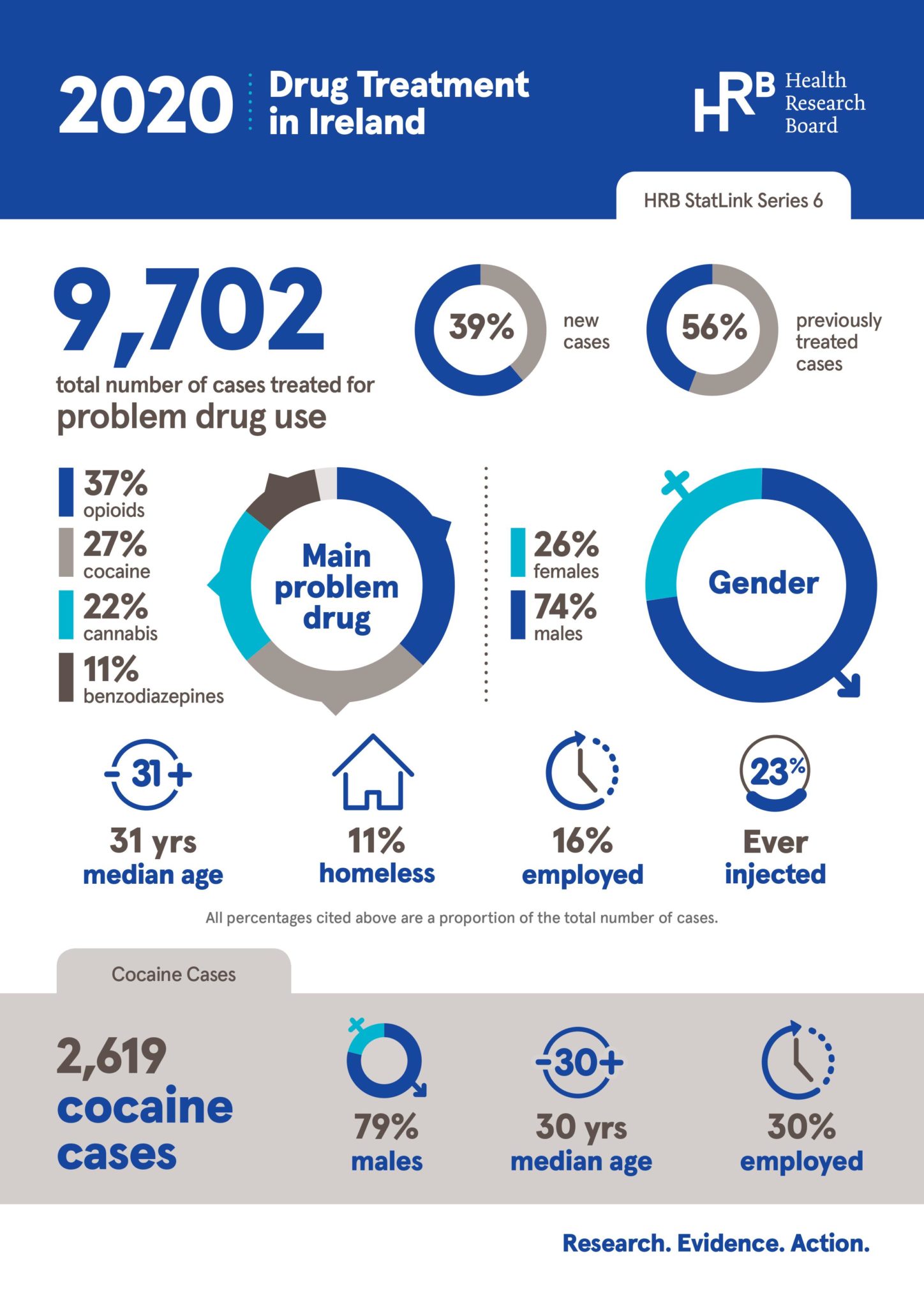 She said the number of men seeking treatment for crack use has remained “relatively stable” while the use of the drug has increased significantly among women.

“When we looked at women reported problem use of crack cocaine, we found that this has increased and increased by almost 80% since 2018,” she said.

Dr Carew said the increase in people seeking treatment for cocaine use indicates that more people are using it generally.

For the first time, it is also more common than alcohol and benzodiazepines as an additional problem drug among people who use more than one.

“Opioids or mainly heroin were the most common problem that people sought treatment for,” she said.

“In the last two years, what we have seen is that cocaine has overtaken cannabis and it is now the second most common drug people are receiving treatment for in Ireland.” 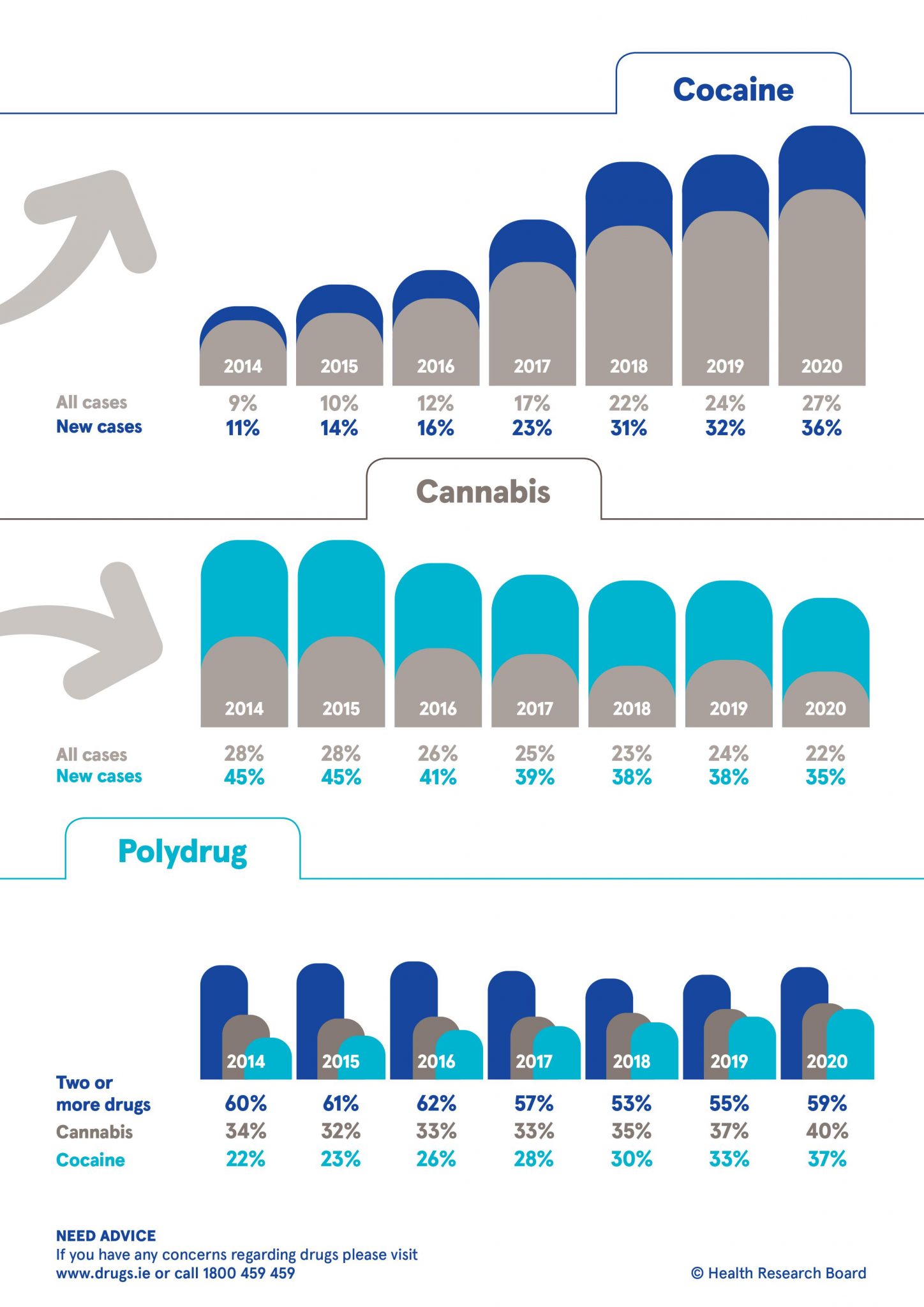 The HRB report also looked at the data on parents in drug treatment for the first time.

It found that around one-in-ten people entering treatment have children aged under 17-years-old at home.

Around one-in-four had children under the age of 17 that they don’t live with.

You can listen back to Dr Carew here: