COVID Ireland: 448 new cases with patients in hospital down 20% on last week

A further 448 COVID cases have been reported this evening alongside eight more deaths.

This morning, there were 109 COVID-19 patients in Irish hospitals – a 20.5% decrease on this day last week.

There were 34 in intensive care, three fewer than last week. 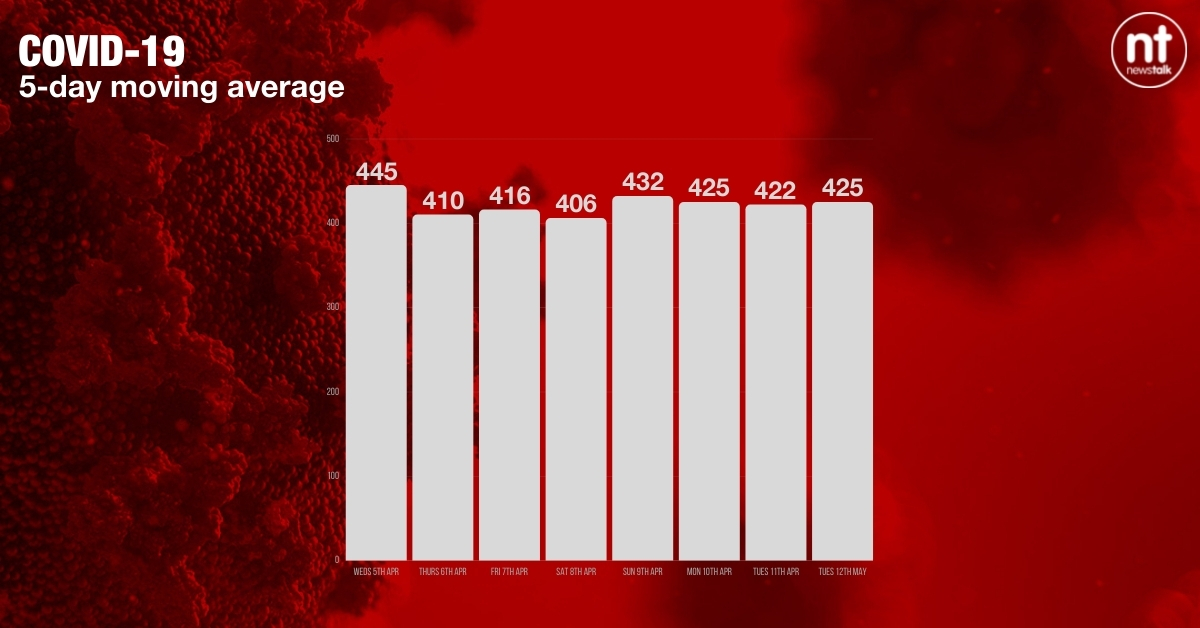 Kildare now has the highest rate in the country at 251.7, overtaking Donegal which has dropped to 240.6.

Eight counties now have rates between 100 and 200. 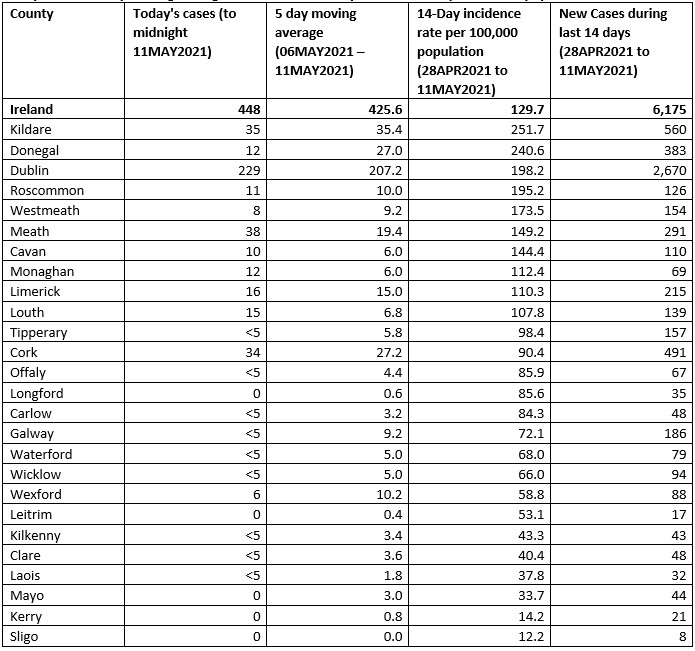 The 14-day incidence in Ireland. Image: Department of Health

As of Monday, 1,882,635 vaccine doses had been administered in Ireland.

Vaccine programme can't supress Delta on its own – Holohan