Israel has administered at least one COVID-19 vaccine dose to 50% of its population, while 35% ha...

Israel has administered at least one COVID-19 vaccine dose to 50% of its population, while 35% have received the full two-dose course, according to the Health Minister.

Additionally, Prime Minister Benjamin Netanyahu said he aims to vaccinate all Israelis over the age of 16 by the end of March.

Israel is a world leader in most first doses administered in the country of almost 9 million people.

Meanwhile, in Ireland, just under 5% of our citizens have been given their first dose.

Ido Hadari, a vaccination promotion expert and Head of Communications & Government Affairs at Maccabi Healthcare Services, one of the healthcare providers in Israel, has outlined the success of the rollout there.

He told The Hard Shoulder that planning for the rollout began in October with the first vaccination dose administered on December 21st.

Mr Hadari added that "the most influential factor" in the success of the programme in Israel has been planning.

"Since we were very well planned, the execution was easier and better," he said.

"Our plan was to inoculate 25,000 patients per day, and it took a few days to realise we underestimated our capabilities." 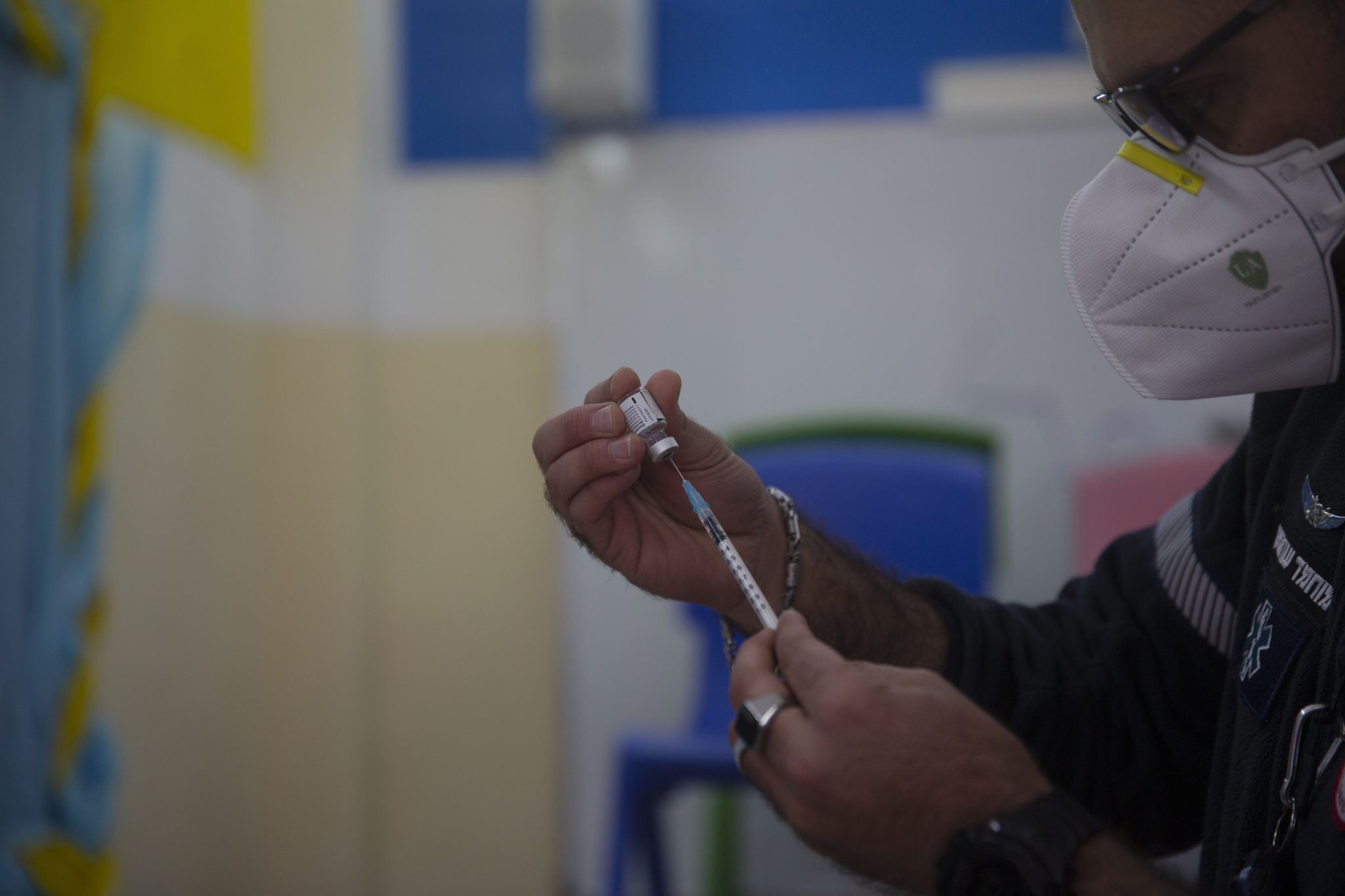 A medic with the Magen David Adom emergency service prepares a dose of the Pfizer-BioNTech COVID-19 vaccine during a one-day clinic at a school near the Al Aqsa Mosque compound to vaccinate worshippers following Friday prayers in the Old City of Jerusalem. Credit: AP Photo/Maya Alleruzzo

He said the daily rollout more than doubled the anticipated levels and the country was getting ready to vaccinate up to 60,000 people a day if supply supported it.

Under the programme in Israel, the Ministry for Health contracts the rollout to healthcare providers.

The four HMOs in the country are funded by the government, which each organisation creating its own plan for the rollout.

The separate plans share many similarities, such a people receiving the immunisation outside, rather than inside the clinics in order to avoid the virus spreading.

Mr Hadari described the rollout as "probably the largest civil event in Israel ever".

"It's a total logistical war, but a civil war, not with the tanks and guns, but its really the size of any war Israel was already faced with," he said.

"Just imagine 400 compounds spread around the country, operating 12 or even more hours per day, inoculating nearly 25,000 people per day.

Mr Hadari stated there is now clear data on the effectiveness of the vaccination programme from Israel based on 500,000 people who were vaccinated and a control group also of 500,000.

"The numbers are that from the vaccinated group, only one out of 1,000 tested positive for COVID after 20 days from the second jab," he explained.

"But if you check the control group, you see that one out of 30 came out positive.

"You don't need to be a great mathematician in order to understand that the numbers are clear and the sign is very, very clear that you need to get vaccinated in order to be protected from the virus."

The number of hospitalisations for patients with COVID-19 is getting "lower and lower" and the symptoms of those people who had contracted the disease after being vaccinated were "much, much milder", he stated. 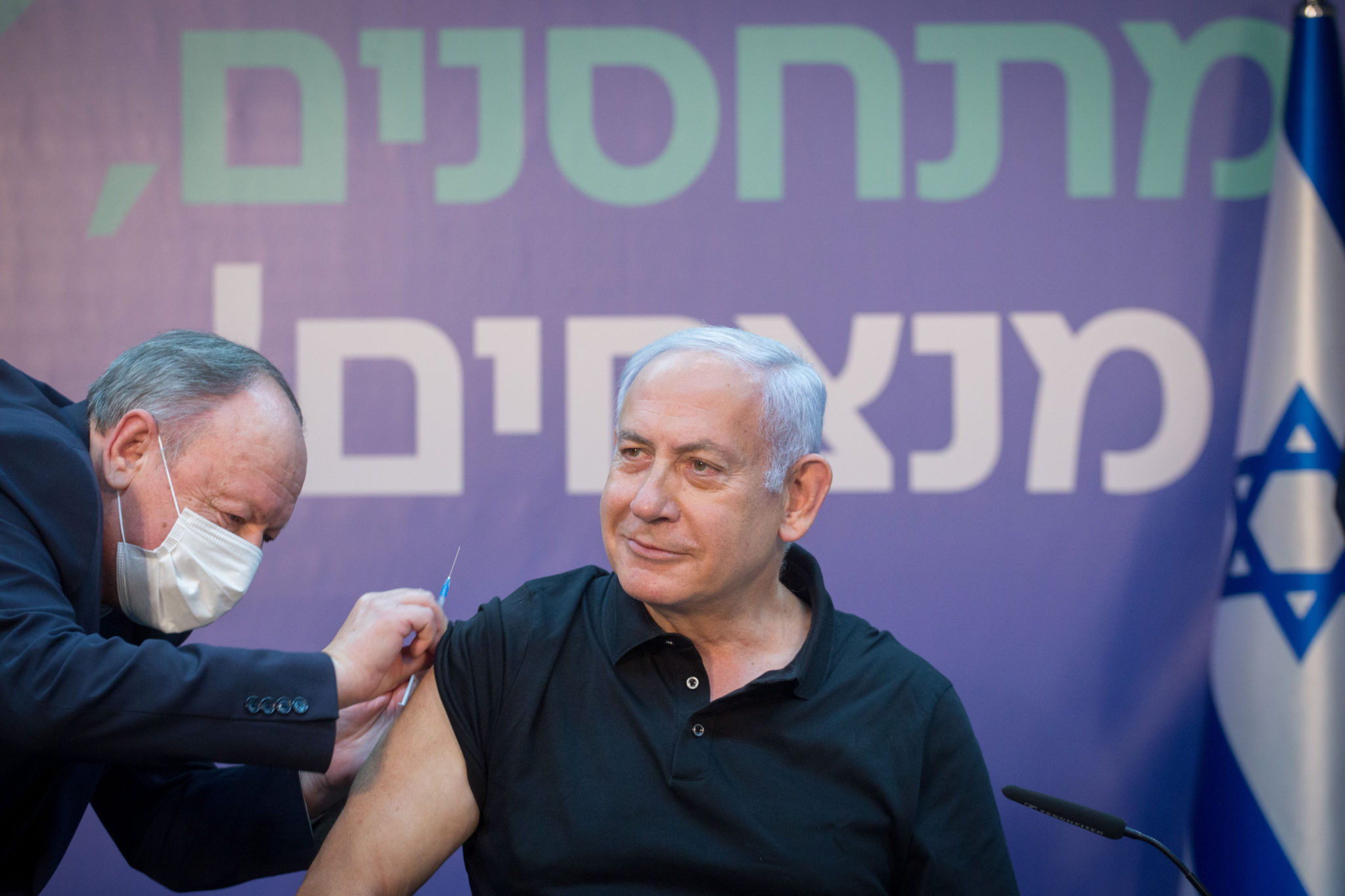 Mr Hadari added that Israeli society can exit lockdown for good next month on the foot of the success of the vaccination programme.

"We are trying to find a balance but this balance is going on the better side, on the side of the positive attitude.

"I hope that very soon we will be able to go back to theatres, to restaurants, to hotels, and to travel to other countries but it will take a few more weeks and it's not just the time that matters, it's also the level of the positive cases."

The country has a goal that by March 28th, they will be able to remove all the restrictions and celebrate the upcoming Jewish, Muslim and Christian religious events.