The two leaders spoke by phone on Tuesday.

Mr Varadkar thanked Premier Li for the assistance of the Chinese authorities regarding the supply of essential medical equipment from China.

Ireland has a framework agreement for the purchase of large quantities of supplies from China, the first batches of which arrived on Sunday. 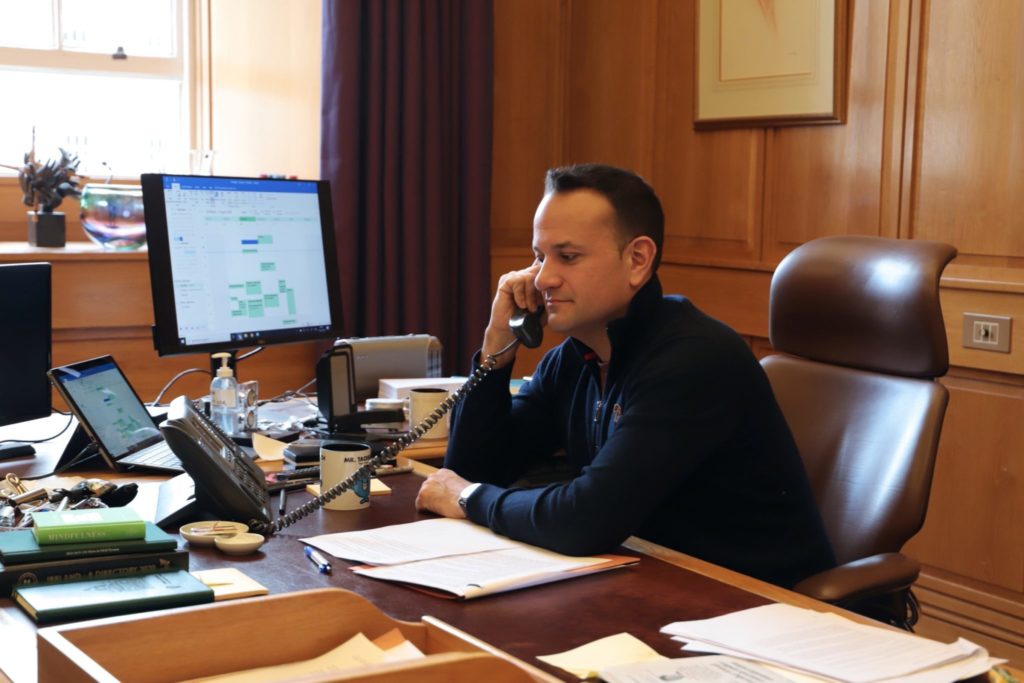 The round trip to Beijing arrived back with masks, gowns and gloves among the items on board.

It was the first of a number of flights delivering over €200m worth of personal protective equipment (PPE) to the country.

Premier Li said they would continue to facilitate smooth implementation of these arrangements - including transport of the medical supplies to Ireland.

The Taoiseach and Premier Li also discussed the coronavirus situation in China and Ireland.

Mr Varadkar commended Premier Li for the way in which China has reduced the spread of the virus.

He offered to help China in areas of Irish expertise - such as in research - and said he looked forward to continued cooperation between the two countries.

Premier Li thanked Mr Varadkar for the way in which Chinese citizens and students are welcomed in Ireland.

They agreed that the Irish and Chinese authorities would maintain close contact in the period ahead.