The final phase of Ireland's roadmap for re-opening society and business has been stalled. The Ca...

The final phase of Ireland's roadmap for re-opening society and business has been stalled.

The Cabinet has decided to push back the date from July 20th to August 10th over fears about the rise in new coronavirus cases.

Speaking on Wednesday, Taoiseach Micheál Martin  said: "The last government set out on May 1st the plan for the gradual re-opening of the country, with the various steps required for a full reopening set out in four phases.

"When they did this, with the full support of all political groupings in the country, they made it clear that each phase and the indicative date for the start of each phase would be kept under constant review.

"In the time since that plan was set out and as we made progress through it, we have seen some very positive changes in our country."

"It remains as indiscriminate in its cruelty as it has been since it arrived.

"And it remains as relentless as ever in its effort to find new hosts so it can continue to spread." 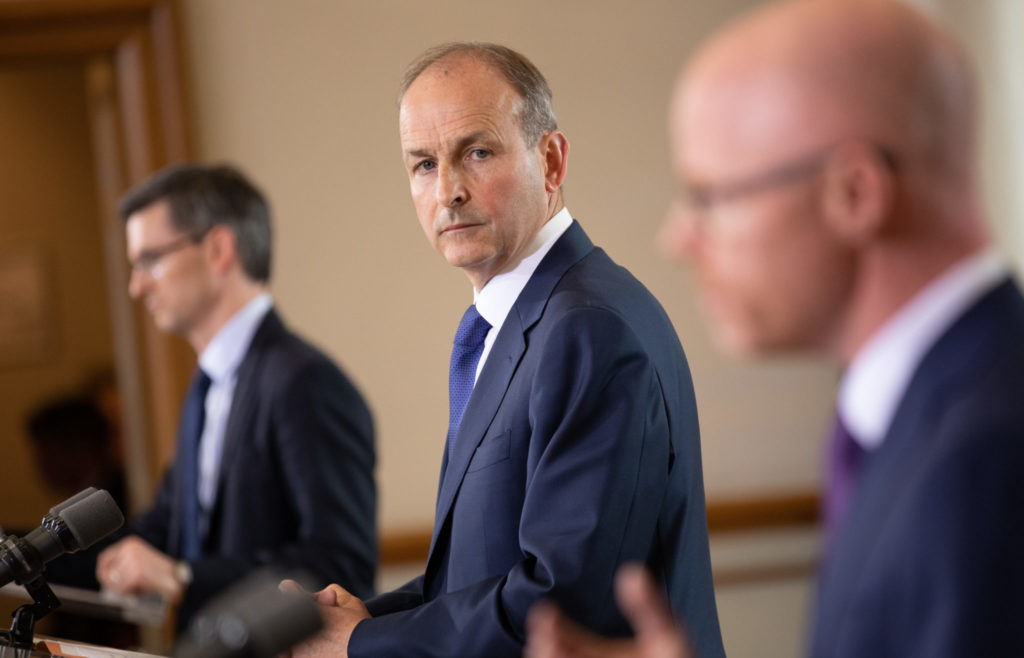 Mr Martin said: "The concern about the rise in the number of cases over recent weeks is very real.

"The 'R' number, which we have all become familiar with, has now risen above '1' in this country.

"And the international situation, with almost a million and a half cases reported in just the last week, represents a growing worry.

"Taking these factors into consideration, today the Cabinet agreed that the current public health measures should remain in place until August 10th.

"We have agreed that the country will now not be progressing to phase four of the Revised Roadmap for Reopening Society and Business.

"The priority now must be to get that 'R' number back below ‘1’.

"By doing so we will give ourselves the best chance possible to fully reopen our schools in late August.

"It is also a critical step in the process of making sure that essential non-COVID healthcare continues as quickly as possible." 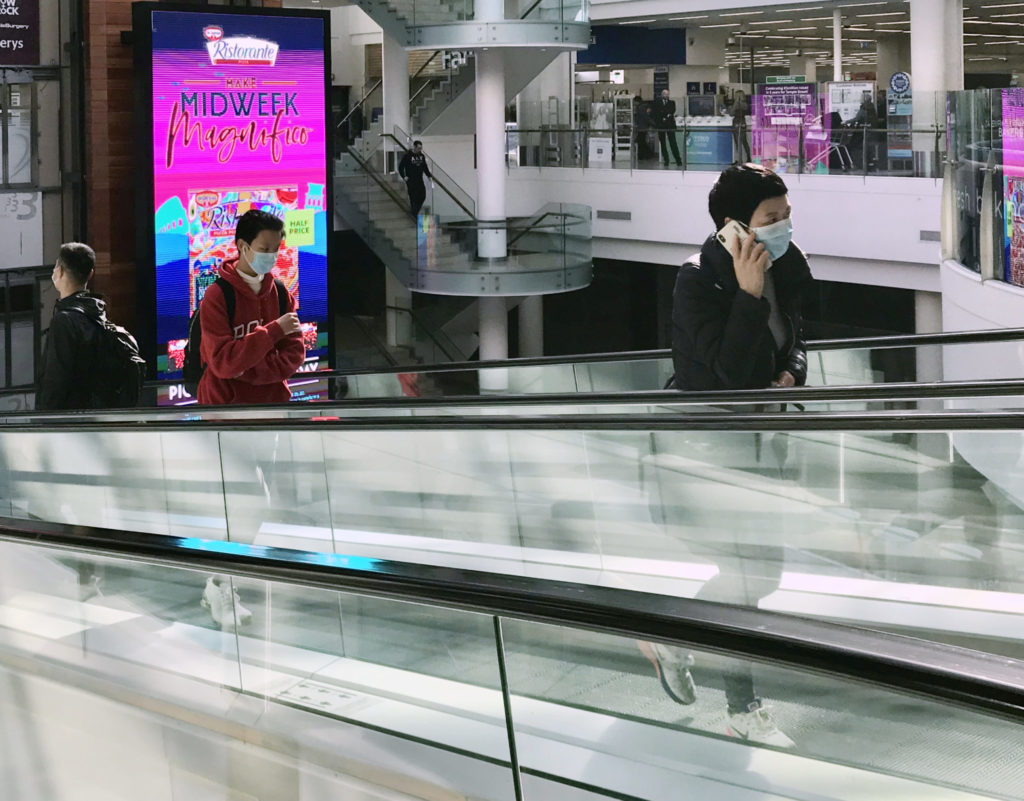 Shoppers wearing masks and protective gear on walkways and escalators in the Dundrum Town Centre in Dublin in March 2020. Photograph: RollingNews.ie

The Government has also agreed that face coverings should be worn by all customers in shops and shopping centres.

Staff will also be required to wear a covering unless there is a partition between them and members of the public, or where there is a distance of two metres.

Mr Martin said regulations, with details on enforcement and penalties, are in the process of being drafted.

Limits on large public gatherings will also remain in place until August 10th.

While the number of people who can visit a home will be limited to 10 from no more than four households.

The Government will also publish a 'green list' next Monday for international travel - but the advice remains for Irish people not to go abroad unless it is essential.

On this, the Taoiseach said: "Countries which have a similar risk of infection to Ireland will be included on this list.

"However I want to emphasise the fact that we will continue to urge people against unnecessary foreign travel. This list will be kept under fortnightly review." 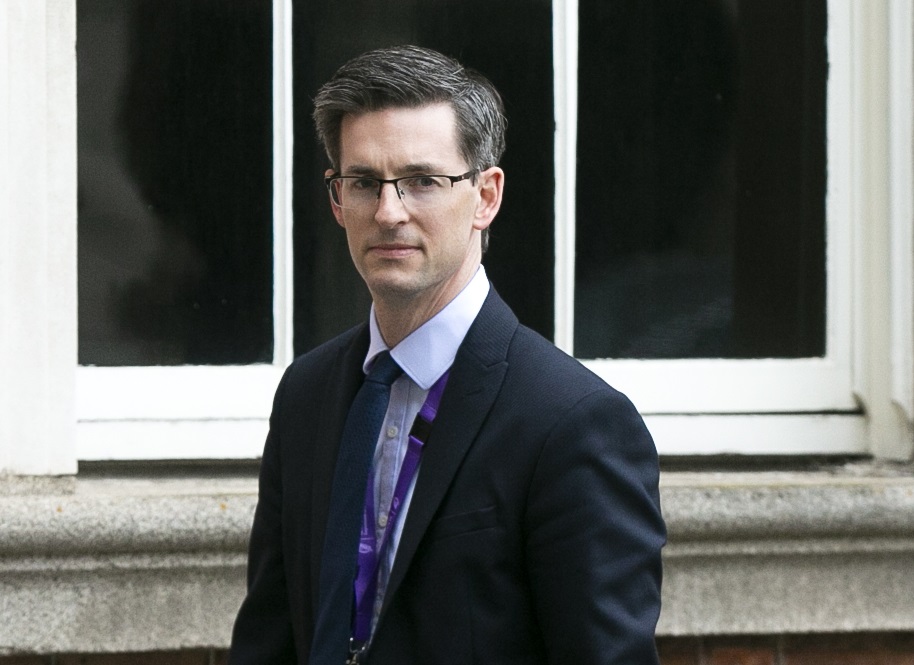 Dr Glynn said they estimate the 'R' number is now somewhere between 1.2 and 1.8.

"In recent days, NPHET has had a growing concern regarding the increase in cases of this disease, with an increasing proportion in younger people - a number of which were linked to large clusters.

Health Minster Stephen Donnelly said the public has sacrificed greatly to suppress the virus since March.

He has appealed to people to continue following public health advice.

"We've come a long way since March - we have stayed the course, we have suppressed the virus and we have protected our health service.

"The Irish people have demonstrated solidarity and good faith in each other, and our success is down to our collective effort and everybody's willingness to follow the public health advice".

Ireland is now in phase three, with phase four set to see all pubs, bars, hotel bars and casinos re-open on August 10th.

Currently, only those that serve food can open.

Gatherings of up to 100 people indoors and 500 outdoors would also have been allowed under the next phase.

Earlier, Minister of State Josepha Madigan described it as "the right decision in order to keep our country safe".

Cabinet has decided the push back the date over fears about the rise in coronavirus cases. Yesterday 32 new cases of #COVID19 were confirmed - the highest number in a month. This is the right decision in order to keep our country safe#StaySafe #WearAMask https://t.co/HqLnuPEBHA