There have been a further 3,763 PCR-confirmed cases of COVID-19 in Ireland.

On that basis, the five-day moving average of cases stands at 7,565. 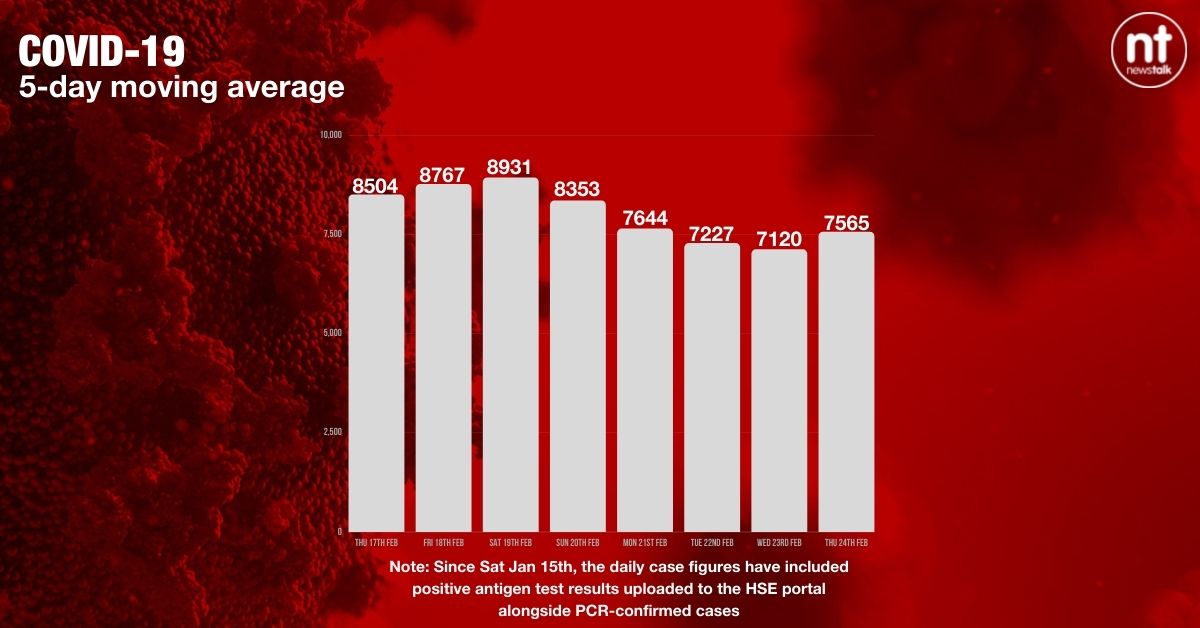 It comes as a subvariant of Omicron - BA.2 - has been spreading rapidly across many countries in recent weeks.

It accounted for an estimated 40% of cases here as of last week.

But Professor Luke O'Neill says early indications are that vaccines should still offer protection against it.

He earlier told The Pat Kenny Show: "It's quite different [to Omicron]... there was a slight concern that maybe it would have changed enough to make it more dangerous.

"So far what they've found - thankfully - in Denmark, the UK and South Africa [is that it's] causing the same level of disease as Omicron.

"But they're watching closely. Certainly in unvaccinated people it would be a concern - maybe it would cause more severe disease, for example.

Luke O'Neill explains what we know about the BA.2 COVID variant