Some 1,466 patients are hospitalised with the virus - of whom 55 are in ICU

Some 9,324 of these were PCR-confirmed cases, the Health Protection Surveillance Centre (HPSC) says.

While 10,542 people registered a positive antigen test through the HSE portal.

Based on these figures, the five-day moving average of cases has passed the 20,000 mark. 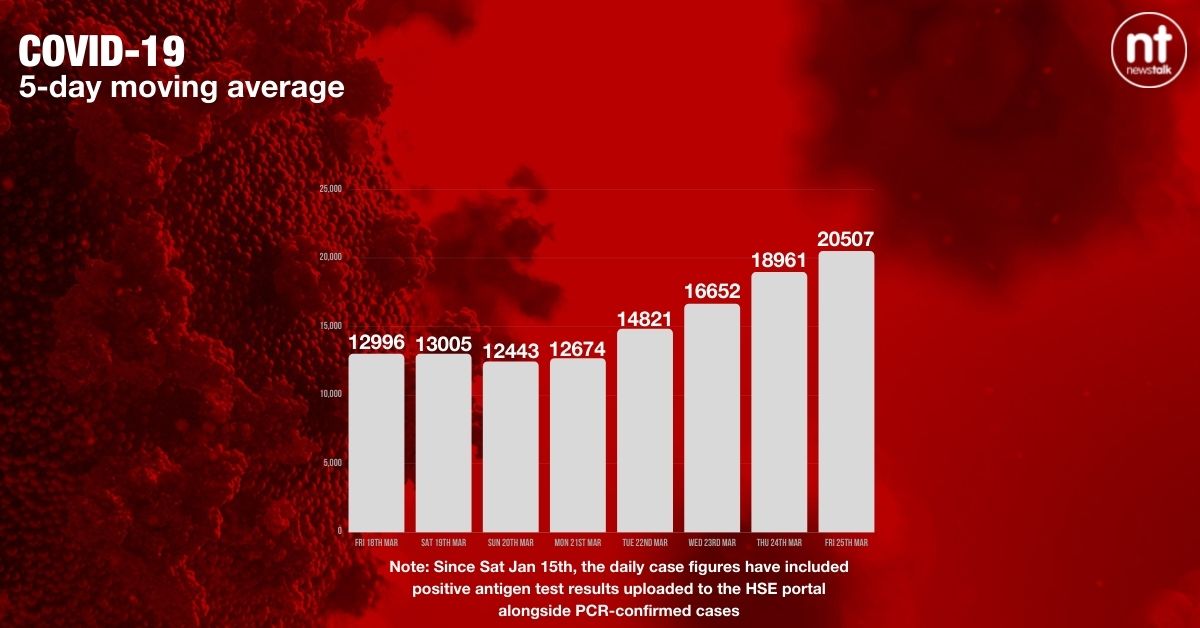 It comes as Tánaiste Leo Varadkar is self-isolating after a positive antigen test.

He now intends to carry out any functions that he can virtually.

The Tánaiste tested negative while in Brussels on Thursday.