There have been a further 9,186 PCR-confirmed cases of COVID-19 in Ireland.

Based on these figures, the five-day moving average of cases has jumped to 11,043. 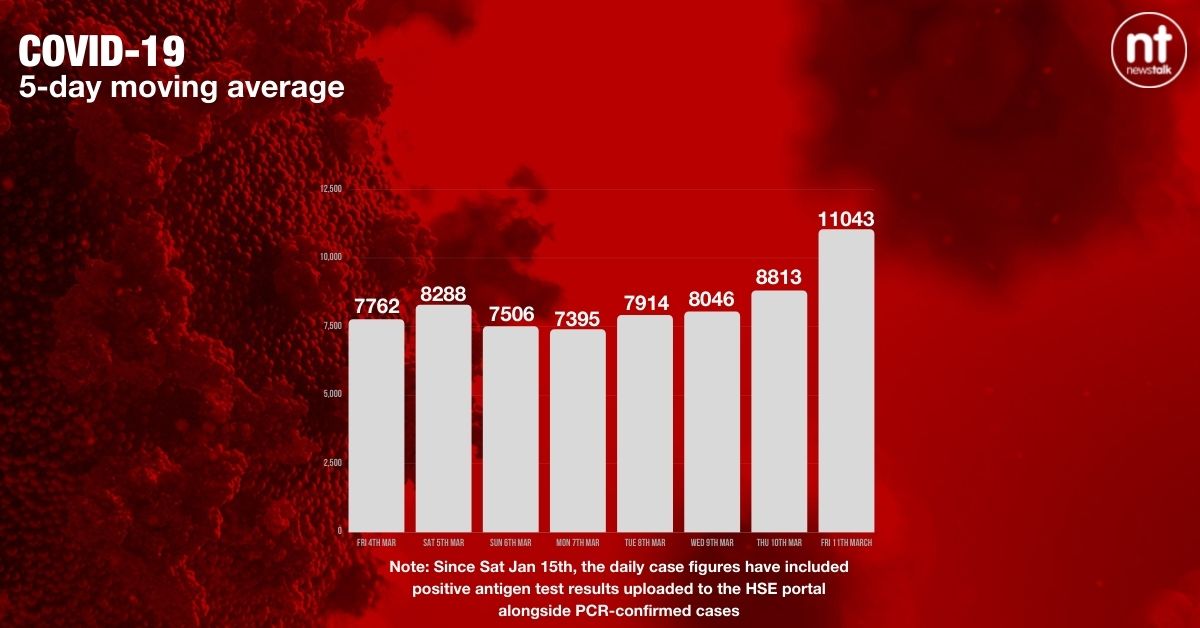 It comes as a new report suggests Ireland was among the best countries in Europe for low excess deaths from COVID-19.

However some countries - such as Ireland, Iceland, Norway and Cyprus - had some of "the lowest rates in the world" at less than 50 deaths per 100,000.

"In Ireland they're saying it's about 1,200 approximately which... is less than our 6,000 deaths that we have recorded due to PCR.

"We're unusual in that most countries actually have way more excess deaths.

"In fact the main finding of this study is that there were three-times more deaths recorded than known to have happened from COVID in places like India.

"And what we're finding is that deaths from other causes may have actually decreased.

"We all have heard that the flu never happened last year, so all the deaths that you would have expected from flu just didn't appear".

The number of excess deaths due to COVID-19 was largest in the regions of south Asia, north Africa and the Middle East, and eastern Europe.