The Office of the President cost the Irish taxpayer over €3.5m last year. Áras an Uachtaráin ...

The Office of the President cost the Irish taxpayer over €3.5m last year.

Áras an Uachtaráin has published an annual review of the work and scope of the office - covering the first year of President Michael D Higgins' second term.

This is the first time such an annual review has been published since the Irish presidency was established in 1938.

The review builds on a commitment, made by President Higgins, to further enhance transparency and accessibility of information on the work of his office.

The review provides an overview of the president's engagements and activities between November 2018 and December 2019. 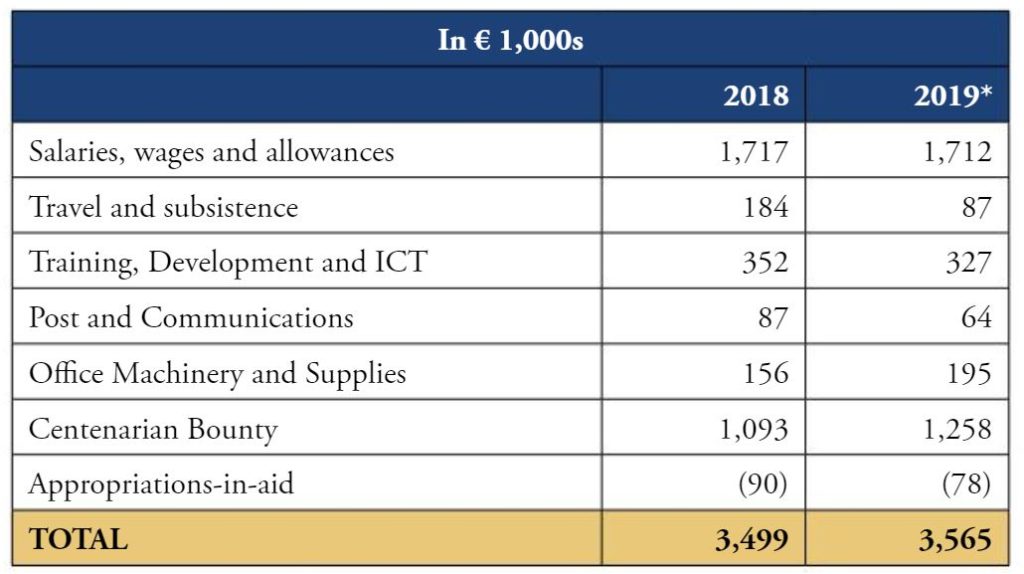 During that period, 22,307 people visited Áras an Uachtaráin.

The report shows €1.7m was spent on salaries and wages - while €1.25m was paid to people who reached their 100th birthdays.

The Centenarian Bounty is paid to people living in Ireland, and Irish citizens living abroad, who reach the 100 milestone.

People receive €2,540, a commemorative coin and a congratulatory letter signed by the president.

The office also spent €327,000 on training and development of staff, while the cost of office machinery and supplies was €195,000.

The report also notes that the 2019 accounts of the office are unaudited.