Coronavirus: Fewer than 50 patients in intensive care for first time this year

The number of coronavirus patients in intensive care last night fell below 50 for the first time ...

Coronavirus: Fewer than 50 patients in intensive care for first time this year

The number of coronavirus patients in intensive care last night fell below 50 for the first time this year.

There were 48 people in ICU with the virus last night – a 20% decrease on the same night last week.

Overall, there were 189 COVID-19 patients in Irish hospitals last night – a 14% decrease on the week before.

On The Hard Shoulder back in January, the Tánaiste Leo Varadkar said the country needed to get ICU cases below 50 before businesses could reopen.

"Most businesses that are currently closed will probably still be closed until the end of March," @LeoVaradkar says we need to get ICU numbers below 50 before we reopen the country. @NewstalkFM pic.twitter.com/Ln6ATVVwgT

It comes as 358 new cases of the virus were confirmed, alongside 18 further deaths.

The five-day moving average of cases now stands at 396 - down 14 percent from last week. 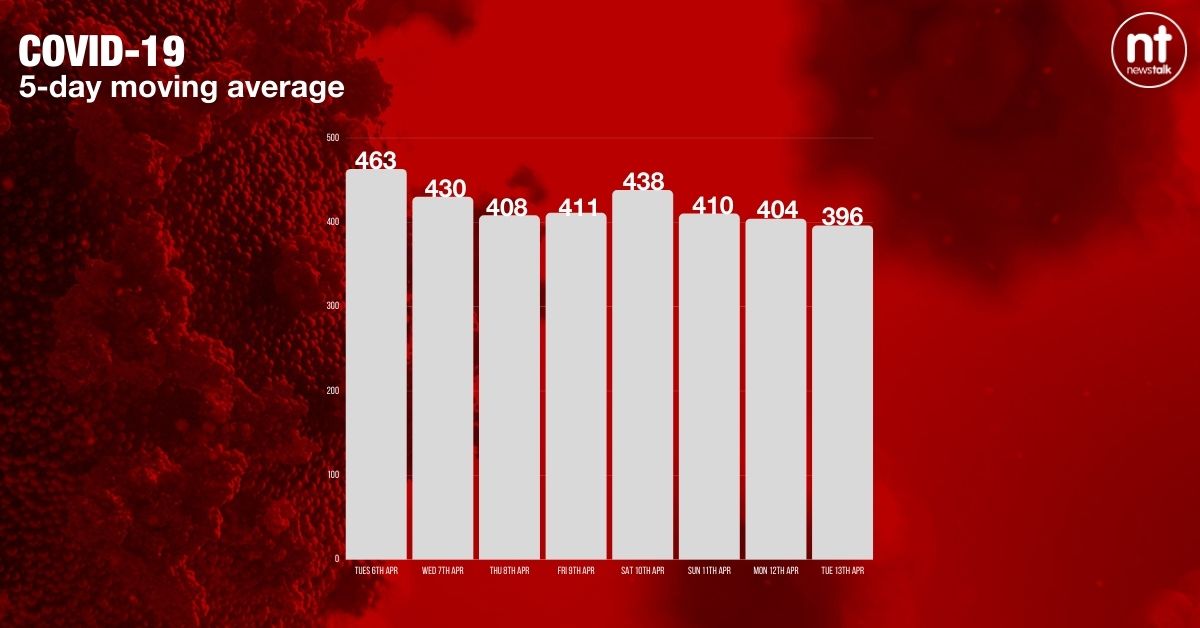 This morning, the latest setbacks to the national vaccine rollout plan will be discussed at Cabinet.

As of Sunday, 1,063,666 vaccine doses had been administered in Ireland.

However, the decision to limit the use of the AstraZeneca vaccine to people in their 60s has seen tens of thousands of appointments cancelled this week.

The HSE and the vaccines taskforce have also been considering the US recommendation to pause the use of the Johnson & Johnson vaccine.

The company began delivering its first doses to Europe yesterday; however, it has now delayed the rollout while the US investigation continues.

Ireland had expected to receive around 605,000 doses of the single-shot vaccine by the end of June.