Latest available figures show there have been 436 new cases of COVID-19 in Ireland. There are 101...

Latest available figures show there have been 436 new cases of COVID-19 in Ireland.

There are 101 people in hospital with the virus, with 39 of these in ICU.

The five-day moving average has risen slightly and stands at 406. 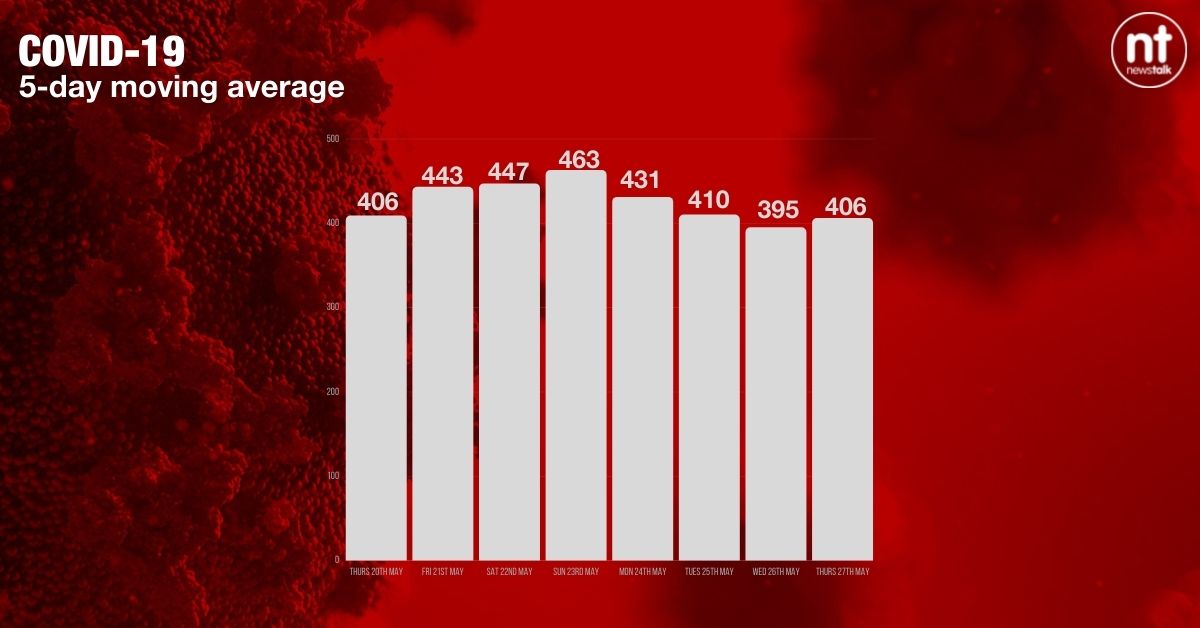 It comes as a significant under-delivery of the Johnson & Johnson vaccine has put the Government's vaccination timeline in doubt.

Health Minister Stephen Donnelly said the "best-case scenario" is that Ireland would receive just half of the expected one-dose vaccines, but the actual delivery could be much lower than that.

There are also "question marks" around AstraZeneca vaccine amounts.

It is currently 'unclear' whether 80% of adults will be offered a vaccine by the end of next month.

While there has been further criticism of guidelines for the hospitality sector.

Trinity College Dublin Professor Kingston Mills has said the guidelines are 'neither simple nor sensible'.

"My impression is that it's over-complicated - if you want to try and enforce something like this, it has to be simple and sensible," he earlier told The Pat Kenny Show.

"And it doesn't sound like it's either simple or sensible to me".

He said outdoor activity is much safer than indoor "and it's vey hard to make any sense out of one metre is safe versus two if you stay a certain length of time, for example.

"So there are a whole lot of points in the recommendations which don't seem to be based on sound science."

He also said he has "concerns" about 15 people at one table, whether or not they are under 13 years of age.