There have been 351 new cases of COVID-19 in Ireland, according to the latest available figures. ...

There have been 351 new cases of COVID-19 in Ireland, according to the latest available figures.

There are 46 people in hospital with the virus, of which 16 are in ICU.

The five-day moving average has risen to 364. 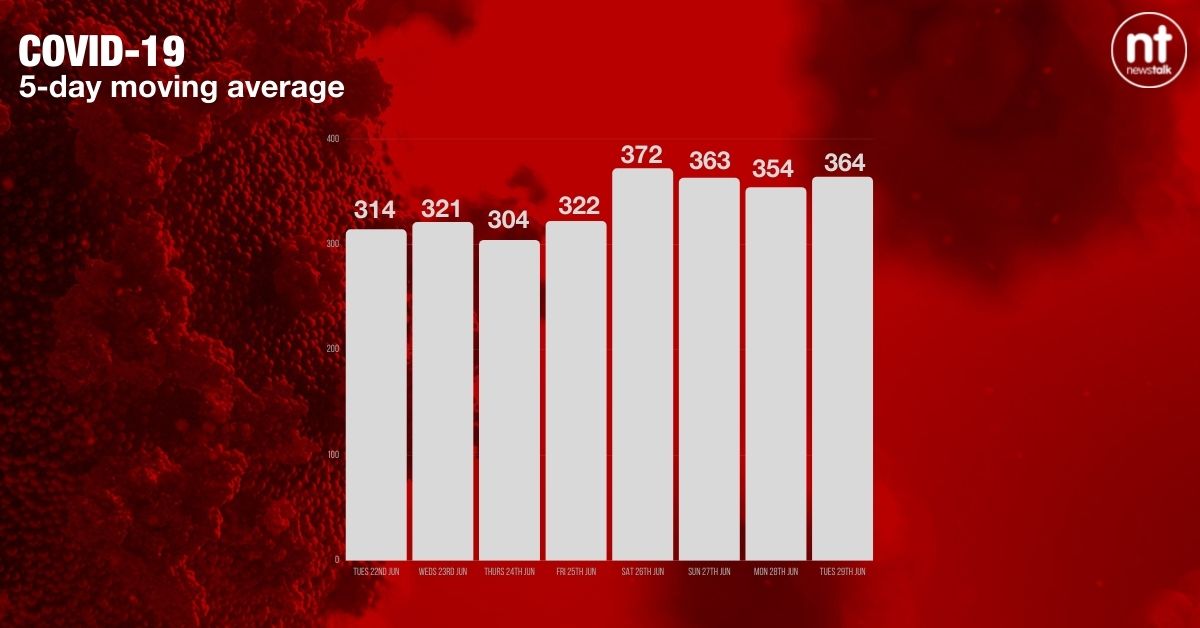 It comes as plans to re-open indoor hospitality are being delayed by at least two weeks.

Taoiseach Micheál Martin earlier said the country is in a race between the vaccine rollout and the Delta variant.

Indoor dining is expected to open to fully vaccinated people or those who have recovered from COVID sometime after July 19th, with a system for managing it being worked out over the coming weeks.

The announcements followed a stark warning from NPHET about the risks posed by the variant.

The body warned the Government that in a worst-case scenario, Ireland could see more than 2,000 deaths COVID-19 related deaths by September.

However a more optimistic projection put the number of deaths at 165.

Labour leader Alan Kelly has said the plan to offer indoor hospitality to only vaccinated people is 'absolutely bananas'.

He told The Hard Shoulder: "I wouldn't have an issue if they actually came and said 'Look, we need a few more weeks because of what's arising here'.

"That's what I think they should have done - what they're proposing now is insane, it is absolutely bananas.

"And I can tell you, having spoken to a number of people in the Government at the Cabinet table, they believe that this will probably have to be jettisoned, they'll have to reverse on this.

"It's unenforceable and it can't work.