There have been 242 new confirmed cases of COVID-19 in Ireland. Latest figures show there are 67 ...

There have been 242 new confirmed cases of COVID-19 in Ireland.

Latest figures show there are 67 people in hospital with the virus, and 23 of those are in ICU. 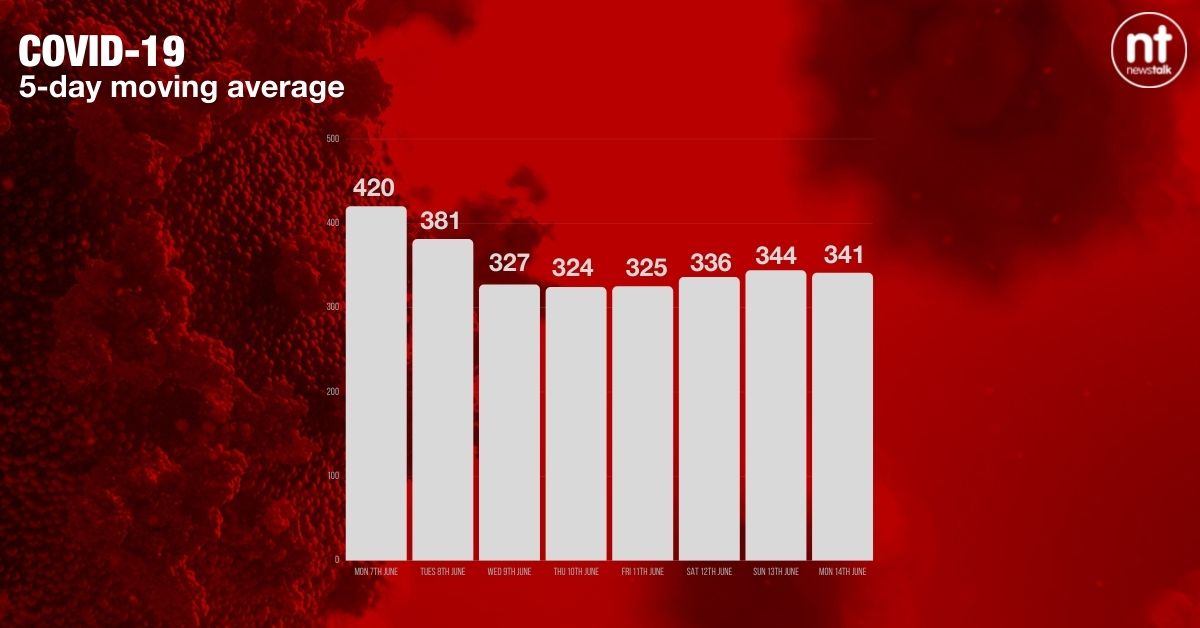 The Department of Health says daily case numbers may change due to a future data review.

It comes as pharmacies around the country will begin administering COVID vaccines this week.

Some 1,300 pharmacies will be administering the Johnson & Johnson shot, with supplies of the Pfizer jab arriving in the next few weeks.

People who are over 50 and remain unvaccinated can now call their pharmacy to make an appointment.

Meanwhile the Government is considering tighter travel restrictions for the UK due to the spread of the Delta variant, which was first identified in India.

Currently passengers arriving from Britain have to quarantine at home - however, they can leave after five days with a second negative PCR test.

The Government is now considering extending that period.

The Delta variant now accounts for more than 90% of new cases in the UK.

The strain is believed to be more transmissible and current vaccines have been found to be slightly less effective in preventing severe disease linked to it, particularly after just one dose.

There is also a concern that the increased transmission will lead to further mutations even if the vaccines mean fewer people ending up in hospital.