A leading member of NPHET has said there are concerns that the South African variant of COVID-19 ...

A leading member of NPHET has said there are concerns that the South African variant of COVID-19 may have an impact on the effectiveness of vaccines against the virus.

Three cases of the highly transmissible strain were confirmed here yesterday, all linked to people who had travelled from South Africa.

From today, visitors to Ireland from the UK and South Africa will have to show a negative coronavirus test.

The results must have been produced within 72 hours of travelling, with the Government stating that the rule will be extended to all countries in time.

Officials reported a record 8,248 new cases of COVID-19 yesterday, along with 20 additional deaths.

A record 1,180 people are in hospital with the virus, with 109 in intensive care.

In an interview with Newstalk, he added there is no evidence yet that the transmissibility differs greatly between the South African and UK strains.

"The UK variant and the South African variant both share a single change in the spike protein, which is the N501Y amino acid change," he said.

"We know from studies that this appears to change the effectiveness of the virus, or basically makes it better at attaching to cells.

Dr de Gascun said this means it is associated with a higher viral load, which health officials believe is responsible for the increased transmissibility of the strain.

"I think what's caused concern about the South African variant is that is had additional changes or mutations in the spike protein which is the region of the virus which attaches to cells...and that elicits an immune response," he said.

"I think that's one of the reasons people are concerned about the South African variant is that you've got a combination of the increased transmissibility and also changes in the spike protein that potentially might have an impact on antigenicity, or vaccine response." 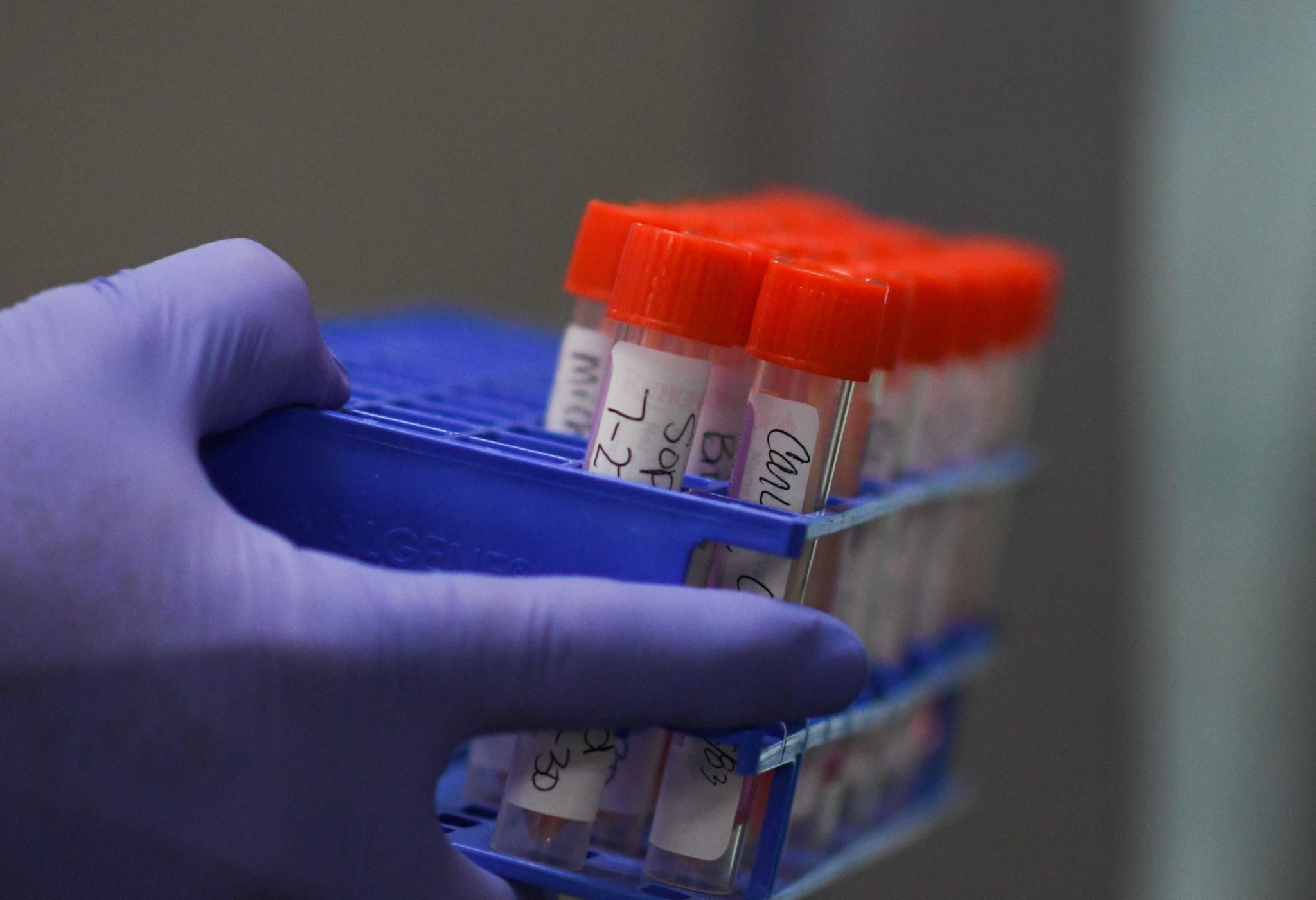 A lab tech prepares to rush specimens that will be tested for COVID-19. Photo by Matthew Dae Smith/Lansing State Journal/USA Today Network/Sipa USA)

Dr de Gascun added that there is currently a "theoretical concern" that the coronavirus vaccine may not be as effective against the new variant of the virus.

Preliminary data from South Africa shows that the effectiveness of antibodies "is not quite as good" against the variant when compared to the original strain, he said.

He stated that more studies are needed on the immune response to the variant.

He said: "At the moment it's very much a theoretical risk but...it is a concern.

"We don't necessarily expect to see the South African variant spread or transmit in the community here to the same extent as the UK variant has.

"But we have no definitive evidence at this point in time that there's going to be an impact on the vaccine response, it's a theoretical concern.

Dr de Gascun said that public health measures will be effective in combating the spread of the new variant of the virus.

"While the new variants of the virus are concerning and it's important that we're vigilant, it's also important that people don't think public health measures are futile," he explained.

"It's really important that people understand we can bring these new variants under control in the same way we brought the original virus under control."