The advertising watchdog has said four online 'influencers' failed to tell their followers clearly they were running paid posts.

The complaints found that those involved were not clear as to the whether the posts were adverts or marketing communications.

In the case of Laura's Views, the complainant considered it misleading that she did not mention her status as a brand ambassador until the end of the video.

Overall, 25 of 27 advertisements were found to have been in breach of the ASAI code.

This was on grounds relating to misleading advertising, health and beauty, comparisons, decency and propriety, and recognisability.

The advertisements related to a broad range of spectrums - including e-mail, social media, outdoor, online, radio and print. 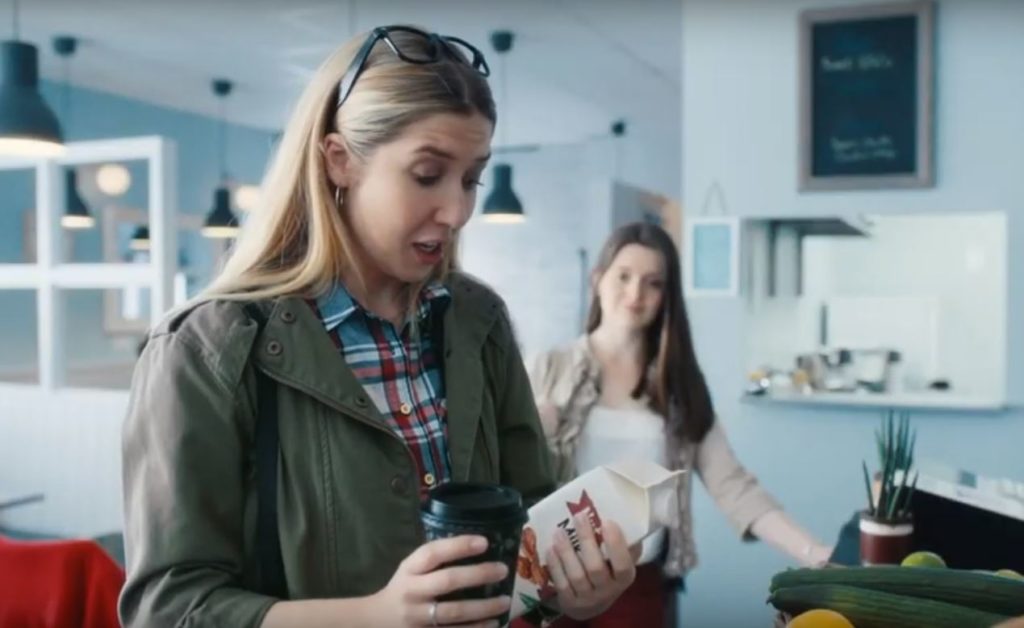 A scene from the the National Dairy Council advert | Image: YouTube/KICK Dublin

In one such instance, the National Dairy Council was ordered to stop running a TV advert in which a woman reads out the ingredients on a carton of nut milk.

The complainant considered this was generalising all nut milks - and that while some nut milks contained 12 ingredients, some brands contained only two or three.

Two of the complaints upheld related to intra industry or interested party complaints.

The ASAI chose not to uphold two consumer complaints.

Orla Twomey, ASAI chief executive, said: "The latest complaints bulletin from the ASAI illustrates our ability to handle complaints across a large number of mediums.

"The ASAI is committed to protecting consumers in relation to advertising across all mediums - and our approach is to work with all advertisers to ultimately ensure that all marketing communications are legal, truthful, decent and honest."