The TD behind the reintroduced Dying with Dignity Bill has he is very disappointed that the bill ...

The TD behind the reintroduced Dying with Dignity Bill has he is very disappointed that the bill cannot proceed in its current form.

The bill was originally introduced by former Government minister John Halligan; however, it was never passed by the Oireachtas.

Solidarity/People Before Profit TD Gino reintroduced the legislation in the Dáil last September which would have made provision for assistance in achieving a dignified and peaceful end of life to qualifying persons.

But this week, the Oireachtas Justice Committee decided the Dying with Dignity Bill is unfit for purpose and "doesn't stack up".

The Committee recommended that a Special Oireachtas Committee on assisted dying should be set up to take a deeper look at the issue.

The bill was a sensitive one that had support from campaigners like Vicky Phelan, Gail O'Rourke and Tom Curran, the partner of the late Marie Fleming.

But it had detractors too - including doctors concerned about safeguards, and campaigners who saw it as a slippery slope to more widespread euthanasia.

After the Dáil passed the bill last year, the Justice Committee was tasked with examining it but on Thursday, it recommended that another special Committee should be set up to examine assisted dying, in a similar way to the one that examined new abortion legislation.

Gino Kenny said he will begin to redraft the legislation, which if accepted, could take another year for the committee to report.

Speaking to On The Record with Gavan Reilly, Mr Kenny said the Justice Committee's decision has somewhat "scuppered" the issue.

"I'm very disappointed that the justice committee has given this recommendation considering it took nine months, there was no scrutiny in public," he said.

"The main thing we would offer is that the bill wasn't unconstitutional, it could be amended at a further stage.

"That could have been overcome but elements of the justice committee were overcome by fear and that fear has now scuppered the issue to a certain degree.

"We will now come back on further dates to address the nitty-gritty issues but I was really, really disappointed by the way it was scrutinised.

"There was no public engagement for such a public issue."

On the same programme, James Lawless, a Fianna Fáil TD for Kildare North and Chair of Oireachtas Joint Committee on Justice, explained how the group came to the decision that the bill could not proceed in its current form.

"The consensus is the committee is that this is something we need to at the very least look at and consider," he said,

"When the bill came through to us in December, we put in place unprecedented security of it and I think we had over and above what would [usually] be done here. 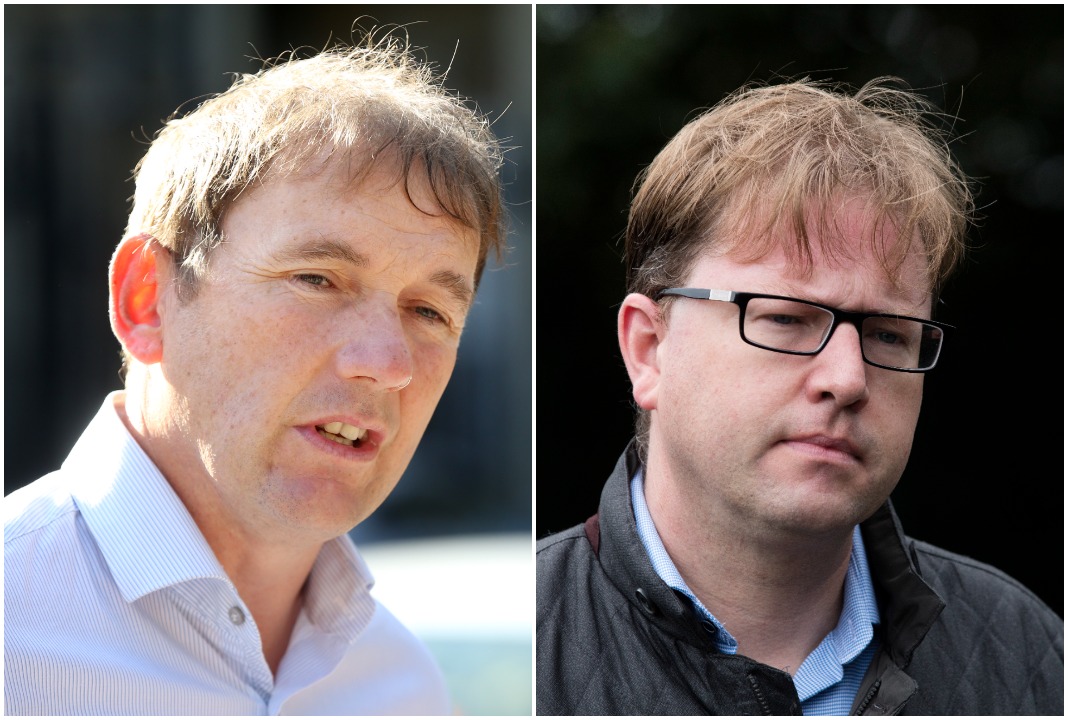 These submissions were reviewed, legal opinion was entered and policy analysis was carried out.

That came to a head last week when a decision had to be made over whether the bill as it stood could proceed.

"The somewhat reluctant view was even though the majority of us said we needed to look at how this could be advanced, this particular bill we don't feel is the right vehicle for it," Mr Lawless explained.

"The bill, introduced to the Dáil by John Halligan in 2015, didn't pass the second stage at that time, so it didn't get road-tested, as such.

"We have had the opportunity to do that at committee, we've done that detailed analysis and our finding is that this particular bill is not suitable to progress."

Among the problems are that "every section in it has technical errors", that it doesn't meet Constitutional requirements, that it's "entirely inconsistent", some sections refer to other legislation that hasn't been enacted yet, while other sections are vague, Mr Lawless said.

"The legal advice was there are so many errors in it, it's almost incoherent as a piece of legislation, and I say that very gently as I don't want to be in any way disparaging towards the sponsors of the bill," he said.

He added that there is still a huge amount of work still to be done, and the committee's view is that more analysis needs to be done to work out the policy and legal issues.

Main image: A patient in the palliative care ward at Charite Hospital in Berlin, Germany in 2015. Picture by: Britta Pedersen/DPA/PA Images