The British comedian Freddie Starr has died at the age of 76, according to reports. The entertain...

The British comedian Freddie Starr has died at the age of 76, according to reports.

The entertainer, who became a household name after rising to fame in the 1970s, is said to have been found by a carer at his Spanish home.

A post on a Facebook page called Freddie Starr Official said: "This is Freddie's manager. Just to confirm Freddie has passed away. RIP to our greatest comedian of all time."

Starr lived in the resort of Mijas on the Costa Del Sol.

Comedian Bobby Davro wrote on Twitter: "I've just heard that Freddie Starr has died. He was the funniest man I have ever seen.

"I'm so sad we have lost one of our greatest comedy talents. RIP Freddie."

I've just heard that Freddie Starr has died.
He was the funniest man I have ever seen.
I'm so sad we have lost one of our greatest comedy talents. RIP Freddie. 💔

Just heard the news. Freddie Starr was the greatest.

And 'Britain's Got Talent' judge Amanda Holden said of Starr: "His style may have fallen out of comedy fashion & favour - but it's important to recognise his once huge popularity and fame.

"The outrageous & edgy parodies were infamous. I hope his legacy is not smalled down and he's remembered with a smile."

Sad to hear of Freddie Starr passing today.His style may have fallen out of comedy fashion & favour-but it’s important to recognise his once huge popularity& fame.The outrageous & edgy parody’s were infamous.I hope his legacy is not smalled down and he’s remembered with a smile pic.twitter.com/M77Pu4xp1f

Starr was the subject of The Sun's infamous 1986 headline Freddie Starr Ate My Hamster - one of the best known headlines in the history of British tabloids.

He later said the story, which claimed Starr had placed a hamster between two slices of bread at a friend's home and eaten it, was fabricated by publicist Max Clifford.

In 2014, it was announced he would not be prosecuted over allegations of sexual offences due to insufficient evidence after spending 18 months on bail.

Starr had been arrested as part of Operation Yewtree, a police investigation which began following revelations about Jimmy Savile, in relation to 13 alleged victims.

No further action was taken over another alleged victim because it was not in the public interest, the UK's Crown Prosecution Service said.

Starr was the lead singer of a group called The Midniters in the early 1960s, before rising to prominence in the early 1970s on talent show 'Opportunity Knocks'.

He performed on a 1970 royal variety performance, impressing the audience with his impression of Rolling Stones frontman Mick Jagger.

Known for his eccentric and often unpredictable behaviour, Starr starred in several TV shows during the 1990s including 'Freddie Starr' (1993-94), 'The Freddie Starr Show' (1996-98) and 'An Audience With Freddie Starr' in 1996.

It came after Starr suffered an allergic reaction in the Australian jungle and had to be taken to hospital after eating a meal of fermented egg and a camel toe. 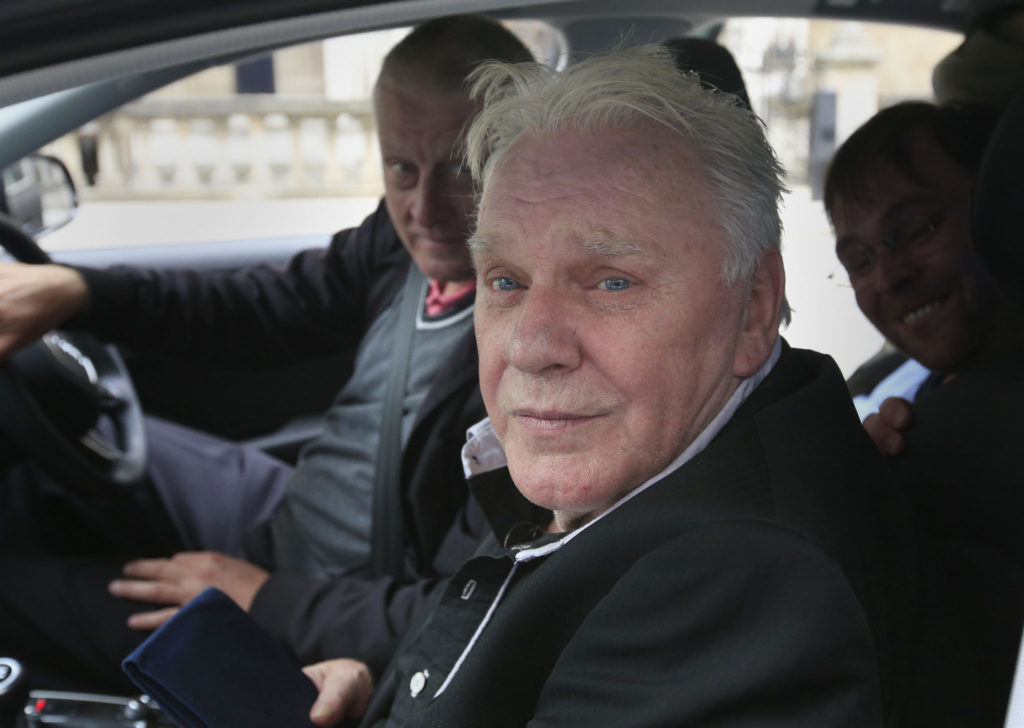 Starr moved to Spain after losing a damages claim against one of his accusers in 2015, which reportedly left him with an estimated bill of stg£1m (€1.15m).

A statement on the Freddie Starr Official page said he was "getting tired more now but otherwise I'm doing good".

"I just have to say thank you all from the bottom of my heart for all the kind comments and messages it really does mean a lot so thank you to each and everyone of you thanks so much," it added.

Starr had six children and was married four times, most recently separating from Sophie Lea - who was 39 years his junior - in 2015.