US-based news network CNN is hiring Sarah Isgur Flores to be a political editor in Washington.

Flores, a longtime Republican political operative, was most recently a spokesperson for former US Attorney-General Jeff Sessions at the Justice Department.

She has also previously worked for Carly Fiorina, Ted Cruz and Mitt Romney.

But according to CNN's chief media correspondent, Brian Stelter, reaction to the hiring has "been strong" from the network's staff.

"CNN employees are concerned, according to numerous people who reached out to me on Tuesday", he said.

"They are asking what Isgur's role will be and questioning whether her sudden leap from the Trump administration to the CNN newsroom is an ethical breach."

The move is seen as more unusual given that Ms Isgur is moving directly into a managerial role.

Political news website Politico originally broke the story, which is said to have annoyed several CNN employees - as there was no internal communication at the network.

Stelter has said Ms Isgur will be joining a group of several political editors who coordinate coverage.

This would also include any coverage of Mr Trump's potential run for the White House in 2020. 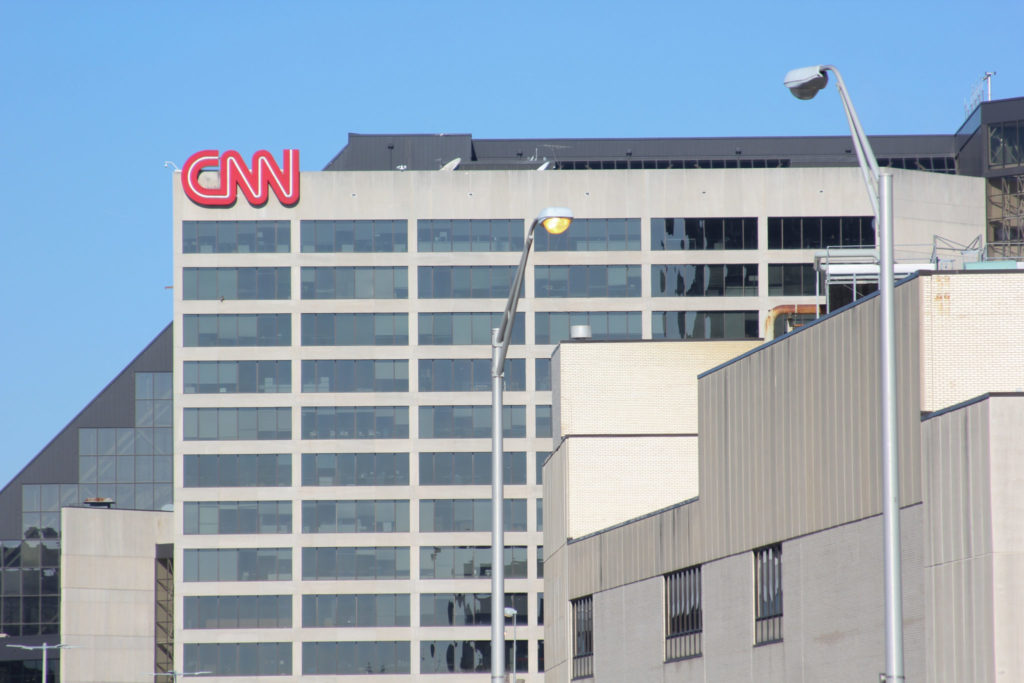 The building of CNN in Atlanta, Georgia in 2000 | Image: Niyi Fote/Thenews2/Zuma Press/PA Images

However she will have no involvement in coverage of the US Department of Justice, given that she used to be their spokeswoman.

Ms Isgur has no previous journalism experience, aside from being a press intern during a US Senate campaign in 2002.

Mr Trump has had a very rocky relationship with the international news network.

It seemed to come to a head in November, when the White House confiscated the press credentials of its correspondent Jim Acosta.

At the time, Mr Trump said: "I think you should let me run the country, you run CNN - and if you did it well, your ratings would be much better."

An intern then came over to Mr Acosta and attempted to take the microphone out of his hand.

Mr Acosta then asked: "Mr President I have one other question if I may ask on the Russia investigation: are you concerned that you may have indictments coming down?".

Mr Trump responded: "I'm not concerned about anything with the Russia investigation cause it's a hoax. That's enough - put down the mic.

"CNN should be ashamed of itself having you working for them; you are a rude, terrible person - you shouldn't be working for CNN.

The credentials were returned days later following legal action and an international outcry.